A Quebec teacher receives an "Emerging Leader" award from ISTE 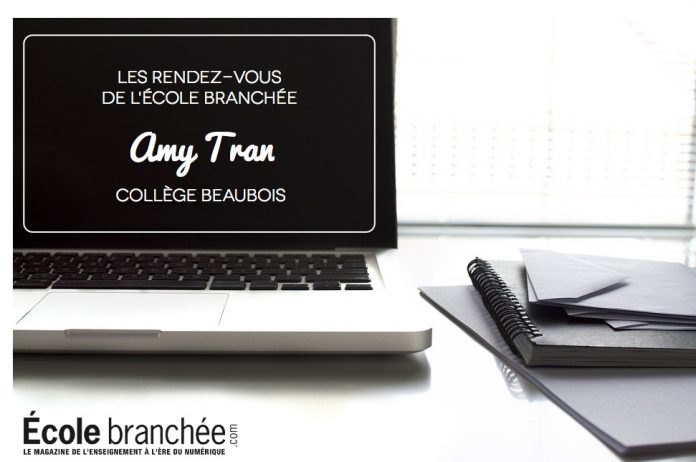 The “École branchée educational meetings” are podcast interviews with school stakeholders from here and elsewhere. In this episode, our collaborator (and concept designer) Marc-André Girard talks to Amy Tran, a computer science and mathematics teacher at Collège Beaubois. 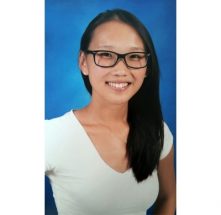 Amy Tran recently won one of 5 awards Emerging Leader, awarded in 2017 by the International Society for Education (ISTE). The award aims to recognize her outstanding achievements as a young teacher (she graduated in 2015). Among other things, she contributed to the development of a computer science program in secondary 1 that focuses on the skills of the 21e century. In addition to developing the skills of his students in the use of collaborative tools, computer thinking (with Scratch), creativity (via vector drawing with Inkscape software and the exploitation of makerspace school), she also acts as a mentor to her colleagues at the College in the pedagogical integration of ICT.

This year, she is participating in a project that puts artificial intelligence at the service of learning, in connection with the company EruditeAI, of Montreal. Their collaborative platform, based on data, aims to connect students so that they can help each other when they encounter difficulties, mainly in mathematics.

In the interview, she also tells us about her background, the computer science program and the award she won at the ISTE conference in San Antonio, Texas, last June. Note that she was the only Canadian to receive this award this year. 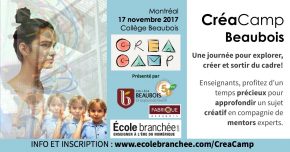 Subscribe also to CréaCamp Beaubois, organized by École branchée, which will take place on November 17, 2017 at Collège Beaubois, in Montreal. Amy will act as a mentor in the Creative Programming component.

Marc-André Girard
Marc-André Girard holds a bachelor's degree in humanities education (1999), a master's degree in history teaching (2003) and a master's degree in educational management (2013). He is currently a doctoral student in school administration. He specializes in change management in schools as well as in educational leadership. He is also interested in 21st century skills to be developed in education. He holds a managerial position in a public primary school and gives lectures on educational leadership, pedagogical approaches, change in the school environment as well as on the professionalization of teaching. He took part in educational expeditions to France, Finland, Sweden, Denmark and Morocco. In September 2014, he published the book “Le change en milieu scolaire québécois” with Éditions Reynald Goulet and, in 2019, he published a trilogy on the school of the 21st century with the same publisher. He frequently collaborates with L'École branchée on educational issues. He is very involved in everything that surrounds the professional development of teachers and school administrators as well as the integration of ICT in education. In March 2016, he received a CHAPO award from AQUOPS for his overall involvement.
Previous articleOpinion: How to learn English on your own
Next articleLearning computers and electronics in a fun way is possible
Advertise here! >