During REFER 2019, Mathieu Charbonneau from Académie Prodigi presented a workshop on blockchain. There are several learning situations related to this concept that could be experienced by the students. Here are some examples.

When poetry rhymes with collaboration and commitment

Support and inspire the creation of educational escape games

The strength of collaborative projects: when 1 + 1 = 3

The Rendez-vous Francophone des Écoles en Réseau is an annual event where the sharing of practices and activities carried out in the classroom is in the spotlight. It is under the theme The school in play (x) that the 2019 edition of the REFER allowed participants to be inspired to develop their practices.

One workshop in which I participated is the one on blockchain presented by Mathieu Charbonneau from the Académie Prodigi. An emerging reality usually known by the biggest geeks and technophiles in this world. It is with the aim of reinventing a cryptocurrency system in a philosophy of complete transparency that the blockchain was created. But how does the blockchain work? Let me try a popularization of this concept which can give a hard time to all the neophytes in the matter.

What is blockchain? To explain this, Mr. Charbonneau began his presentation by briefly reviewing the history of money and the limits or problems that arise from our current system: centralization, identity, devaluation.

He then shared the functionality he wanted in the scenario where we had to rebuild a whole new system. We can then dream of decentralization, anonymity, absence of devaluation, minimal costs and security. People have tried to create this type of system and several attempts failed before a viable solution emerged.

To date, the most famous currency is bitcoin. Created by a Japanese, bitcoin serves as a currency of exchange, and can increase in value from year to year.

How does this system work?

Imagine that we are playing poker using bitcoin instead of cash as we know it.

During the game, we imagine that a person asks to see all the traces of what is done during the game. In the current model, banks would play this role. In a dream system, however, everyone could keep their own win and loss record or someone outside of the game might volunteer to do so. In order to ensure that each of the transactions is valid, cryptographic principles are used.

Once the transactions are validated, they are then found in a group and will have to be selected by a “miner” who is responsible for building a block of transactions.

What happens to the blocks afterwards?

To publish their block on the blockchain, the miner must solve a cryptographic puzzle. If he is the first to do so among the other minors competing with him, his block will be accepted in the chain. At that time, he will receive a certain number of bitcoins for his mining service in addition to receiving fees from people whose transactions are now on the blockchain.

Who can be a minor? Everybody! This is why this system is decentralized since it will not only be the big players who will be able to derive income.

This technology is all well and good, but how can it be used in education?

Educational potential of the blockchain concept and this new reality

There are several learning situations related to the concept of blockchain that could be experienced by students. Here are some examples :

Create your own school-wide virtual currency

It is possible to use the principle of cryptocurrency at the school level to allow young people to buy items at the general store, or to consolidate a system of emulation or positive reinforcement.

Throughout their educational experience, the student can receive badges and publish them on the blockchain. This formalizes the skills acquired during the year and provides a forum to promote learning.

Explore the issues of intellectual property control and plagiarism

With the phenomenal amount of content published on the internet, intellectual property is a critical aspect to be covered in the classroom. It could be interesting to make a list of the advantages of publishing its content on the blockchain since all the information related to the time of publication would be made public and not editable (it must be remembered that on most websites, it is possible to change the publication date of a web page, article or column).

One of the purposes of cryptocurrency systems is to ensure the anonymity of people involved in transactions. Privacy is therefore respected. By comparing our current system with that of cryptocurrency, it is possible to identify the limits and advantages of each of the systems to possibly imagine the future of the global economy.

The mining process involves solving cryptographic problems that would be very interesting to discuss with our high school kids. How many minors are trying to post on the channel? Approximately how long does it take to fix the problem and publish? What are the elements that increase our chances of finding the answer before anyone else? Is it worth getting into mining? Is it worth investing in cryptocurrency? These are examples of questions that could be considered in a statistical or even financial context.

Identifying the weaknesses and limits of Bitcoin

Obviously, when you create something new, it's not perfect. Since bitcoin is the first viable cryptocurrency, it is certain that it has its limits and weaknesses. What are they? How could we soften them or stop them? Students could even try adding a secret message or decoding existing secret messages in the Bitcoin blockchain.

Reflect on ethical questions related to our use of ICT

Used very frequently in communication, especially in military, government and private circles, the notion of cryptography has an essential role in cryptocurrency, hence its name. By questioning the current functioning of online banking systems, several ethical questions arise about our digital identity and the traces we leave on the Web.

Submit your process to achieve a skill

It is known that in order to create or modify a habit of life, being accountable is an important aspect. By publishing your personal and / or professional development plan, we are committed to officially initiating this process. Whether you are a pupil, student or professional, this process can be very beneficial and promote motivation.

Finally, it would be interesting to introduce the concepts of blockchain, encryption and cryptography in order to discuss with your students the possible uses they would make of them. What would come out could be very surprising.

What do you think might apply to your context? The future is so close that inventing it with the pupils can only stimulate them since they will be actors in it! 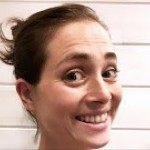 I & #x27; subscribe!
Previous articleTransform your assessment to develop the desire to learn
Next articleImmersive environments at the service of learners