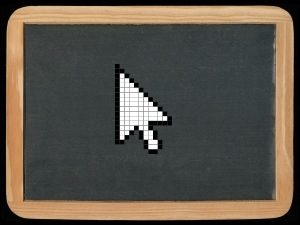 New in the interactive whiteboards folder

(Update) Barely two weeks after the conclusion of the 2nd call for tenders concerning the massive equipment of Quebec classrooms with interactive whiteboards, the new Quebec government announces a reflection on the future of the program. According to the exclusive interview carried out with the Minister of Education by the daily La Presse, it would seem, however, that this call for tenders is maintained, the time to make a decision for the future.

(Update) Barely two weeks after the conclusion of the 2nd call for tenders concerning the massive equipment of Quebec classrooms with interactive whiteboards, the new Quebec government announces a reflection on the future of the program. According to the exclusive interview carried out by the daily La Presse with the Minister of Education, Mrs. Marie Malavoy, it would seem however that this call for tenders is maintained, the time to take a decision for the future.

After a rather quiet year in the deployment of the interactive whiteboards promised by the measure “School 2.0: the connected class” of the government of Quebec, the establishments have once again been able to make their purchases since the beginning of November. For its part, RÉCIT is organizing itself to offer training to teachers.

In fact, the Collégial de services regroupés (CCSR) and the Shared Services Center of Quebec (CSPQ) launched a new call for tenders at the start of the 2012 school year for the purchase of interactive whiteboards from the School 2.0 measure of the Ministère de Education, Leisure and Sport of Quebec (MELS). Purchases are now possible again.

This new call for tenders makes it possible to restart the process of equipping schools after a controversy over the appearance of favoritism as to the result of the first one caused the interactive whiteboard market in Quebec to stagnate.

Until further notice, schools will be able to freely obtain the equipment of their choice, under the terms of the government measure, from the following: interactive digital boards, interactive digital projectors, interactive devices touch screens and accessories. The price list has been provided to school boards and may be revised downward by suppliers four times a year.

Note that it is possible for schools to choose the brand of their interactive whiteboards since the main manufacturers of IWBs, such as SMART and Promethean (Activboard), are still among the recognized suppliers.

The RÉCIT is organized for the training of teachers

In the context of MELS measure 50680, entitled School 2.0: the connected class, aimed at providing all classes with an interactive digital whiteboard (TNI) and each teacher, the national services of RÉCIT have joined forces to different types of free training in place to meet the needs of teachers and school staff.

The proposed approach aims to bring together educational advisers and / or teachers from the same discipline or school level, as well as to include the presence of the local RÉCIT facilitator in training.

Recall that in February 2011, the then Premier of Quebec, Mr. Jean Charest, had promised the installation an interactive whiteboard in each classroom province by 2016. Every teacher should also have a laptop computer. Project estimate: 240 million $. The equipment will be distributed among the school boards in proportion to the number of students in general youth education.

A self-study course on pedagogical management and leadership soon available

Spread its wings in the digital age with the École branchée

Where does the word “pedagonumeric” come from?