Preparing for an exam in a group, is it cheating or collaborating? This is the question raised by an American student in education, one of her professors telling the story on a blog, while proposing strategies to dispel doubts.

Preparing for an exam in a group, is it cheating or collaborating? This is the question raised by an American student in education, one of her professors telling the story on a blog, while proposing strategies to dispel doubts.

here is a summary of the case in question. In one of her classes, the student was given by the professor a document proposing questions to guide the study in preparation for an exam. Applying the ideas seen in her tech class, she didn't hesitate for a second and dropped the questions into a Google docs she shared with her entire class. Thus, everyone was able to suggest possible answers to the questions, enrich those of the others and discuss less obvious points. Everyone was able to study together and collaborate in each other's success.

Later, the student had a doubt. What if his initiative was perceived by the faculty as cheating? It was then that she told her tech teacher about it. He did not think that was in any way, but he understood that some staff members might perceive it differently. He then reminds his colleagues that it is necessary to go beyond the stage of competition in education to promote collaboration.

He also suggests avenues of evaluation which will eliminate any hesitation of this nature.
- Make sure that the expectations are clear, and give questions allowing the students to evaluate themselves their work and that of their peers.
- Show the collaborative aspect of Google Drive and encourage students to use it.
- Avoid evaluating jobs against each other, for example an A for the best 10 %, etc. Although this is unusual here, the author considers that it discourages collaboration in favor of competition.

This also recalls what Ewan McIntosh, a well-appreciated speaker, particularly in French-speaking Canada, regularly says: in evaluation, let's avoid asking questions whose answer is can be found on google, instead favor the problem-solving approach, which requires the student to mobilize all his resources.

For your part, have you ever experienced situations where ethics dictated a reaction contrary to the policies of your school? 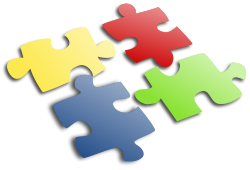