Virtual and augmented reality: a world of possibilities for education

Stephanie Dionne
February 6, 2018
Modified : September 17, 2020
On the occasion of CréaCamp on November 17, 2017 in Montreal, Stéphanie Dionne, from École branchée, spoke with one of the facilitators of the event, Ms. Chantal Rivard. They discuss virtual and augmented reality in education.
Posted in:
Educational meetings
Share
Facebook
Twitter
Pinterest
Linkedin
E-mail

Spread its wings in the digital age with the École branchée

An immersive class to immerse yourself in your future profession

An interview with Chantal Rivard, facilitator during the CréaCamp event on November 17, 2017, who talks about virtual and augmented reality in education, offering us some avenues for exploitation.

Chantal Rivard is an educational advisor at Collège Beaubois and lecturer at the University of Montreal in didactics of the social universe. During the CréaCamp on November 17, 2017 in Montreal, she was a mentor on the theme of virtual and augmented reality.

By talking to her, I wanted to know how it is possible to use virtual and augmented reality in a contextualized way, in connection with the subjects under study. According to her, the educational interest of virtual reality first came from the Google Expeditions application, which now allows everyone to visit and discover several places that are difficult to access around the world. Today, what interests him is making students active in their learning in this context.

Some avenues for exploiting virtual and augmented reality

In mathematics, it is possible to ask students to pick up a point in their street with their phone in 360 degrees. In class, they can use these images to calculate angles, for example. In the interview, she also suggests other concrete scenarios to use the students' mathematical skills. She also considers that by exploiting virtual and augmented reality, we find ourselves on a whole new level. We are getting squarely closer to the reality of the labor market, for example that of a land surveyor.

In languages, we can use platforms that allow you to create images "of which you are the hero". So, while reading a story, the VR reader can experience the story in a different way if they choose to turn right or left on their path. This makes it possible in particular to differentiate the level of complexity of a narrative diagram for the pupils.

In the arts, schools often have difficulty showcasing all of the works created by students during the year. The latter could therefore create a real virtual museum that would present all these works. In addition, it would be possible for each student to record the description of their work using an audio capsule.

This world is now more accessible than one might imagine, and a lot can be accomplished simply from a smartphone. 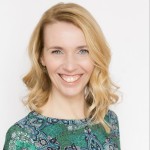 Stephanie Dionnehttp://ecolebranchee.com/famille
Stéphanie Dionne is director of development and partnerships, facilitator and speaker. It contributes to the influence of players in the education sector and its ecosystem. In addition, it supports parents, teachers and workers in a mentality of co-education in order to allow young people to become fulfilled citizens in the digital age.
Previous articlePlastic straw in the dock
Next articleCombine fun and education with a video game design camp