Press release - Druide informatique recently announced the release of Antidote 11 to mark the 25th anniversary of its famous software. The Antidote Web cloud edition inherits all the new features associated with Antidote 11, and the Antidote Mobile edition for iOS benefits from improvements in dictionaries and guides, including pronunciation.

Press release - Druide informatique recently announced the release of Antidote 11 to mark the 25e anniversary of its famous software. The Antidote Web cloud edition inherits all the new features associated with Antidote 11, and the Antidote Mobile edition for iOS benefits from improvements in dictionaries and guides, including pronunciation.

Among more than 100 new features, the linguistic corrector inaugurates a new neural engine and allows you to create personal correction rules. Dictionaries also use deep learning to pronounce all words in French and English, with two accents in each language. And poets, lyricists and advertisers can now draw on the creative power of a dictionary of rhymes and quasi-rhymes.

A clean interface and a neural engine

A major improvement: the corrector interface has been greatly refined. By reducing the secondary elements to a minimum, the central place is left to the text, aired and clarified. Beneath this light exterior beats a new heart: a neural correction engine, the result of a partnership with the team of Professor Yoshua Bengio; Antidote thus marks its entry into the world of deep learning. This engine already provides new diagnoses, such as the insertion of missing words, but above all, it forms the basis of Antidote's future development.

For the first time, you can create personal rules to shape the correction according to your needs, for example to watch over delicate or important words. Another customization that was requested: you can save sets of settings that adapt the diagnostics to various editorial targets.

New stylistic detections help polish the texts, flushing out repetitions of adverbs or redundant conjunctions. New tooltips provide access to synonyms to avoid repetitions and offer intelligent reformulations for certain style detections: one click is enough to modify the sentence.

Dictionaries are also making great progress, notably with the addition of 3,000 words such as eco-anxiety and vaccinodrome. How do you say gewurztraminer? Antidote can pronounce all words in all their forms, with the accent of Montreal or that of Paris, by reproducing human voices by deep learning.

Should we write Continue at or continue to? One click reveals all possible prepositions directly among the definitions; more than 20,000 examples have been added to illustrate the cases well. The new rhyming dictionary takes the search for similar tones a step further, offering multi-word rhymes like prodigy and I said, but also clever quasi-rhymes like antidote and doubt.

On the English side, the corrector benefits from the same improvements as the French, with its own neural engine and the intelligent replacement of style elements such as contractions and split infinitives (split infinitives).

Over 5,000 new words are introduced, such as smishing and cleantech. Almost 500,000 shapes are pronounced with London and Toronto accents, and 80,000 co-occurrences, 20,000 examples and 5,000 difficulties are added. The rhyme dictionary takes into account English prosody, distinguishing in particular between perfect and imperfect rhymes. Finally, more than 100,000 new translations will help those who know both languages.

Antidote Mobile - Bilingual, finally, offers the sum of the novelties of each language, but also more than 100,000 new translations of words, expressions and co-occurrences, for a total of 2.7 million translations.

For the first time, subscribers to an Antidote + plan can benefit from the progress of a new edition free of charge, on all their screens.

The Customer Center invites you to download Antidote 11 for Windows and Mac, Antidote Web is automatically upgraded and the App Store contains the Antidote Mobile update.

Owners of a previous edition can upgrade it at a discount on www.antidote.info. 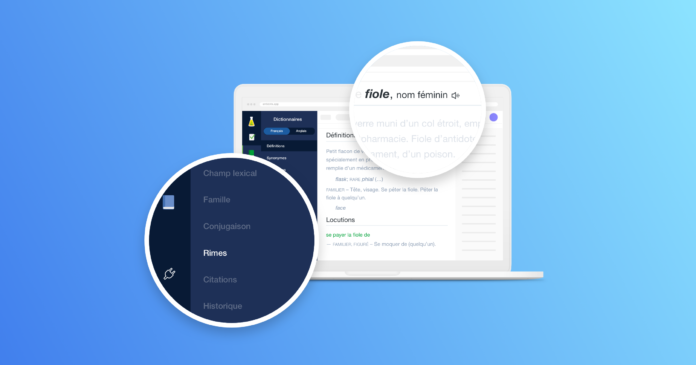