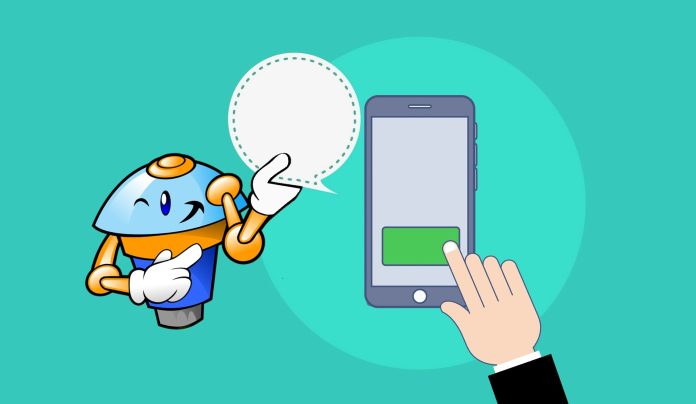 A new artificial intelligence app is likely to have a major, near-term impact in education. Launched at the beginning of December 2022, ChatGPT seems to be very efficient to answer simple questions, but also more complex ones - and it works in French too. It will force all the actors of the education sector to rethink their way of doing things, and quickly! We explain what it is and why you should be interested in it.

A new artificial intelligence app is likely to have a major, near-term impact in education. Launched at the beginning of December 2022, ChatGPT seems to be very efficient to answer simple questions, but also more complex ones - and it works in French too. It will force all the actors of the education sector to rethink their way of doing things, and quickly! We explain what it is and why you should be interested in it.

ChatGPT is an artificial intelligence application that allows you to chat with a robot in a natural way, developed by the company OpenAI. All you have to do is register for free on the site to start a conversation with the robot (ask it questions of all kinds, in fact).

Since the application is still in beta stage, users are warned that some answers may be inaccurate or incomplete. Nevertheless, by asking a few simple questions, one quickly comes to the conclusion that its efficiency is already impressive, even formidable. It is also possible to indicate your appreciation of the answer offered (thumbs up or thumbs down) in order to "contribute to the research" and help it become even more efficient.

Here is an example of a question we asked him.

The release of the application has caused a stir in the school world. Immediately, one thinks of the opportunities for plagiarism that have just been multiplied tenfold. For the past few years, teachers have been asked to avoid "googleable questions" to prevent plagiarism. With ChatIA, they will have to go even further in the complexity of the tasks asked to their students to avoid that some use it to complete their school work...

In a video presented on TikTokMath teacher Sylvain Duclos wants to inform his colleagues everywhere about the application and call on them to be vigilant. To those who would criticize him for talking about it on a platform widely used by young people, he replies that if students are likely to quickly spot the application and try to use it, schools must take an interest now. The technology is there; "you don't want your students to get to it before you do," he says.

You don't want your students to benefit before you do!

He then presents a mathematical problem successfully solved by artificial intelligence and the writing of a detective story composed by it.

He therefore invites reflection on potential changes in teaching practice to accommodate the availability of the tool: circulating in the classroom to observe students' screens during tasks performed with electronic devices, modifying the nature of the tasks requested, and adding to this a focus on creativity. "Classical assessment has just been redefined. It will require even more diversity in learning traces and asking students interview questions to validate their understanding."

The reactions are numerous, as much on its publication TikTok as on its inclusion on Facebook in the ICT in Education group.

What if it's an opportunity?

Moreover, rather than fearing the development of the application, shouldn't the academic world seize the opportunity to review certain practices? In any case, artificial intelligence will continue to gain in efficiency until the launch of another even more powerful application; ChatGPT being only the first truly general public manifestation of the democratization of artificial intelligence, as as mentioned in the magazine The Verge.

Critical thinking skills are at the top of the list of new priorities for both students and teachers. The answers provided by the application are certainly impressive, but it should not be forgotten that they will not always be completely correct. This can lead to awkward situations on both sides. In addition, the level of language used can be a clue to the teacher as to whether or not cheating has occurred. In the example on nomadism and sedentarism presented above, the level of language seems too strong for an elementary student, for example.

Here is an example of a story we asked ChatGPT to write. If the result is certainly correct and without spelling mistakes, it might have lacked some substance to meet all the criteria of an evaluation grid. Note also the presence of the word "marshmallows" which is not used in Quebec, unlike the word "marshmallow".

The importance of thinking differently about assessment has gained in popularity with the arrival of this new application. The triangulation of evidence of learning, which many teachers have already put forward, may become a must. Collecting written work is no longer enough; observing students in action and having conversations with them to validate learning makes sense. The winter 2022-2023 issue of École branchée magazine is entirely about this subject.

An example proposed by the RÉCIT National Service, Arts Domain

For its part, the National Service of RÉCIT, arts field, has tested using ChatGPT to invent characters and dialogues or creative proposals. The conclusion: the tool will be very useful for teachers who need to quickly generate ideas and texts. So here is a positive use.

But... it's not always perfect!

In conclusion, to put things in perspective, we asked him at the chatbot what impact École branchée has on education. It is noticeable that she did not fully grasp the reference to our organization (although she was not far from it!). The answer is still interesting.

And finally, here's what you would have read if the artificial intelligence had written this journalistic article about ChatGPT and its impact on the education world. She must be overloaded right now, because she never finished!

Some of the feedback we have received about ChatGPT:

The discussion in the ICT in Education Facebook group

Professor Mélanie Tremblay has tested this on the topic of evidence in education. Here is the result.

And the answer to the question: How can I prevent students from cheating with ChatGPT?