Following the two days of discussion of the Rendez-vous for educational success: education beyond the pandemic, the École branchée organized an aperitif in education. Return in texts and images.

In collaboration with Martine Rioux

Following the two days of discussion of the Rendezvous for educational success: education beyond the pandemic, the École branchée organized an aperitif in education. This is an event that took place on Facebook Live on 1er April.

The objective of this very first live event was to seize the opportunity to come together and share experiences and reflections that have an impact on school perseverance and the success of young people with actors in the field and participants of the Rendezvous for educational success. Full registration is available on Facebook or here :

This first Aperitif in education was led by Stéphanie Dionne, responsible for development at École branchée and facilitator of the many Educational appointments carried out to highlight the actors in the field of education. From the outset, she received a first trio of guests, made up of a teacher, a student and a parent:

Juliette's testimony was particularly moving. Completely deaf, she hears thanks to a cochlear implant. His career was tinged with academic and social difficulties until the end of his third secondary. His meeting with Mr. Gabriel literally changed his life. “Today, not only is she doing very well in her classes, but she is involved in her community like few other students,” said Gabriel.

He also recalled the immense role that teachers play in the lives of students, in particular by providing them with a multitude of successes. Juliette and Gabriel's experience reminds us of the importance of focusing on the well-being of students to enable them to be ready to learn. That makes all the difference! Juliette has more than significantly increased her academic results after changing schools and meeting teachers who, like Gabriel, gave her the attention and help she needed.

Annie is the mother of two high school teenagers with various learning disabilities and other invisible disabilities. One has always been in the regular, the other has always been in special education. His experience shows that, to contribute to their perseverance, our role as parents is to celebrate with them all the small victories they may experience. She confided that over the years, she has continually reinvented herself to support her sons, constantly focusing on their learning.

Stéphanie received a second trio of guests who took part in the consultations that took place on March 31 and April 1:

They first spoke on a more personal note, naming people and events that made a difference in their school career. Teachers, a mother, coaches, and extracurricular and athletic activities have greatly influenced their success and, in a way, their professional life.

For them, solutions and simple actions exist. Teacher assistants, quality time to take and encouragement to start without moderation are some of the avenues that have been named.

Face to face with Marwah Rizky and Jean-François Roberge

Stéphanie then had a one-on-one exchange with Marwah Rizqy, Member of Parliament for the riding of Saint-Laurent and official opposition critic for education. This moment was particularly rich in emotions as Ms. Rizqy shared a very personal facet of her childhood. She named the defining role that a teacher played for her and her mother at the time.

For Ms. Rizqy, the education community not only contributes to academic success, it also contributes to the emancipation of a society. Growing up in a violent family context, she said: "School gave my mother the wings and the toolbox necessary to finally become this fulfilled woman." For her, perseverance in school also depends on the well-being of the teaching staff who contributes, by rebound, to the well-being of the students, and also that of the parents.

Finally, Stéphanie had a discussion with the Quebec Ministry of Education, Jean-François Roberge. The Minister underlined the resilience of students, teachers and all school staff in the face of the current situation. He recalled that everyone can be proud of this great movement of innovation and mutual aid that has been created between colleagues to develop digital skills in an emergency in order to continue teaching and learning online.

In conclusion, Stéphanie spoke with her last three guests, who had the role of highlighting the important words they had heard throughout the previous exchanges:

Inclusion, accessibility, creating a bond with students and a teacher effect are some of the essentials that were particularly visible in the words of the first three guests. And finally, Audrey mentioned that she wants the learning from the past year to continue. She names the importance of the link, reviewing evaluation practices, networking between teachers, the use of communication platforms to unite school and family. “Going back is not an option”.

It was the first experience of École branchée and the fulfillment of a wish of Stéphanie, the host of this event. She would like us to hear education stakeholders more often in the public arena. It is very likely that the École branchée will eventually invite you again to have an aperitif in education when other significant events take place in education. 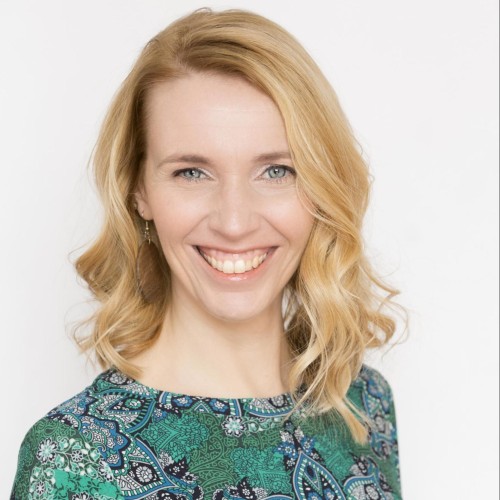 Stephanie Dionnehttp://ecolebranchee.com/famille
Stéphanie Dionne is director of development and partnerships, facilitator and speaker. It contributes to the influence of players in the education sector and its ecosystem. In addition, it supports parents, teachers and workers in a mentality of co-education in order to allow young people to become fulfilled citizens in the digital age.

The parent-child contract for healthy technology use

Benevolence from a distance is 3D!