Professor Sylvie Barma and her colleagues at Laval University surveyed teenagers in Quebec about the pandemic. They found the prevailing climate of uncertainty particularly difficult. “The physical place of learning fluctuated in ways that were unpredictable for them. They didn't like the changes in their routine and a majority said they were bored of school, which had a big impact on their academic motivation. Read for other findings!

Research has shown thatat least three aspects of adolescent life are important for their development, including their identity :

These aspects are developed by positive, secure and stable relationships at school and at home, which in turn return are assets for resilience.

We are three researchers, members of the Center for Research and Intervention on Academic Success (CRIRES), headquartered at Laval University, who carried out a investigation with Quebec adolescents. The study looked at children's perceptions of their accommodations, changed routines, mindset, and relationships with friends, teachers, and family.

The students had access to the questionnaire between the months of November 2020 and March 2021. They were invited to take into account their experiences which dated back to March 2020.

In Quebec, during the period studied, secondary schools remained open, but the pupils were placed in “bubble classes” so that they mingled only with the comrades of their own class. 4 studentse and 5e secondary, or even 3e, physically attended school every alternate day, except when a Covid-19 outbreak sent them home for 14 days to receive online education. The physical place of learning therefore fluctuated in an unpredictable way for them.

The results of the study highlight the tensions experienced by 1,057 adolescents attending 37 schools in Quebec.

When asked how they felt in general during the pandemic, 59 % of adolescents responded that they were sad, and 82 % that they were bored. Almost 57 % said their academic performance was poorer and 24 % said they did not understand the subject taught. Fifty-two percent physically attended school every day, and 34 % only attended a few days a week.

Looking at things that seem to negatively affect their willingness to do their best in school, 42 % of them attribute it to changes in their routines and 55 % are bored of school. Sixty-five percent said they lacked motivation to complete their schoolwork.

Thirty-six percent said they did not have access to a quiet space to study at home or to take their courses online. Nineteen percent did not have regular access to a computer. As for sleep patterns, 42 % of adolescents surveyed slept less than eight hours per night.

A third of the students were in paid employment at the time of completing the questionnaire. According to'Quebec survey on the health of high school youth (EQSJS) this represents an increase compared to the last survey carried out 2016-17. At that time, 22 % of high school teens (typically 12-18 years old) were in paid employment with an employer.

In the weeks following the lockdown in March 2020, there was confusion when the Quebec Minister of Education compared homeschooling has 'vacations' for them before specifying that the school year was not over. While we do not know how much the paid employment of adolescents may have changed between 2017 and the period immediately preceding the pandemic, it is possible to believe that a good number of adolescents decided to find paid work during containment.

When asked if they were happy to reunite with their friends at school in September 2020, 86 % students responded positively.

Declining motivation and losing bearings at school and with friends can affect adolescents' ability to fully engage in learning and impact their well-being. Our data illustrates the importance of better supporting adolescents who face new challenges.

We believe it is important for educators and families to be more flexible.

While several parents are concerned about the increase in time spent online, the use of social media can be beneficial if it fosters positive connections with their friends and other members of their community.

The teens said their parents did not always understand the use of technology and the school's requirements for distance learning.

Schools should think about providing technical assistance to parents, not just teachers and students. Parents are not all equal when it comes to using technologies. As well, several families from rural or disadvantaged areas do not have equivalent access to technological tools or the Internet.

Such a situation widens the digital divide and the learning opportunities for some adolescents. Our results suggest that some students' access to technology when confined to their homes may have increased their learning difficulties during Covid-19.

School closures may have exacerbated existing inequalities about the achievement gap among 15-year-olds across Canada and educational inequalities in education and their long-term consequences.

Research conducted by Pathways to Education, a charity whose goal is to break the cycle of poverty through education, shows that many students from disadvantaged socio-economic backgrounds will find it difficult to catch up in school. . There is a greater risk of abandonment.

Thus, it is clear that the school system and decision-makers in Quebec must consider support measures centered on students who may be confronted with risk of dropping out of school. We also hope that the results of this research will help adolescents communicate better with their families, teachers and friends if they ever have to face another crisis situation that destabilizes them. 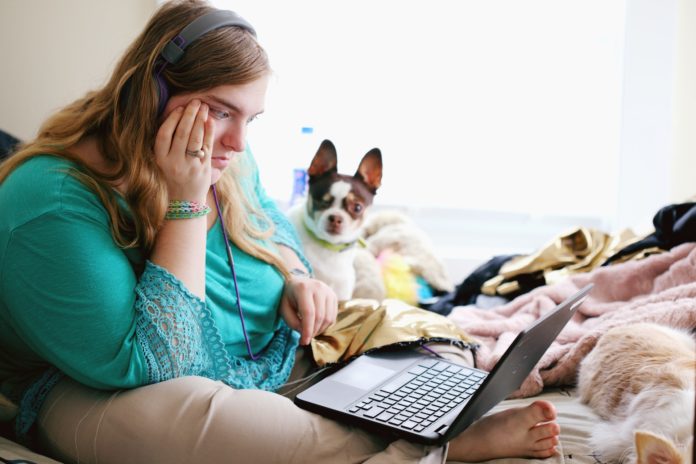 Mistakes as a Teaching Tool: What is EVOluation?

Error as a Teaching Tool: What is EVALUATION?