Girls' exposure to robotics and programming early in their journey increases their interest in STEM and their sense of competence.

Connecting young girls to the world of robotics and programming early in their journey would increase their interest in STEM and their sense of competence.

STEM (science, technology, engineering and mathematics) will occupy an important place in the society of tomorrow. We note, however, that girls are less interested than boys in these areas.

Several initiatives have been carried out in recent years to address this issue and arouse girls' interest in STEM. In this regard, we can mention activities aimed at teach girls to code and those aiming to make them know the scientific culture

Are these initiatives working? Do they have significant repercussions? Yes, based on the results of a recent study conducted at theInstitute for Learning and Brain Sciences from the University of Washington. This study showed that young girls who participated in a computer programming activity developed an interest in STEM and increased their sense of competence.

As part of this study, in which 96 6-year-old children (39 boys and 39 girls) participated, three groups were formed. The first was to program a robot. The second was to play a card game. The third had no specific task to do. Next, participants were asked to complete a questionnaire about their interests in technology, their skills in using them, and their beliefs about whether boys were better than girls in this regard.

The results of the study conducted under the direction of Allison Master show that girls who participated in the coding activity expressed greater interest in the technology than those in other comparison groups. This group of girls also said they felt more comfortable using technology.

Among the other noteworthy results, it was noted that boys and girls who took part in the coding activity subsequently reported having an interest in technology in similar proportions. This is not the case in other groups, where boys express a higher interest than girls.

The study also highlighted that stereotypes regarding the use of technology remain: respondents, both girls and boys, claiming that boys are better at using technology than girls.

The results of this study are interesting. They allow us to observe that exposure to coding and computer activities has positive impacts on girls' interest in these fields and their feeling of effectiveness. They encourage people to continue to develop specific initiatives for young girls, in particular to counter stereotypes.

To find out more, we can view a summary of the study and watch a short video. 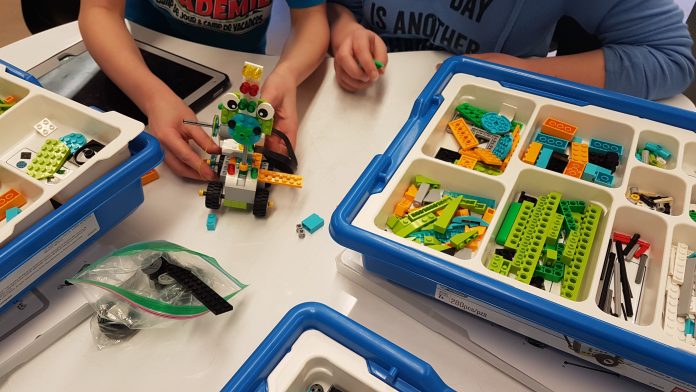