Many Ukrainian children and teenagers have sought refuge in neighboring countries. An education system needs to be set up quickly so that they can return to some form of normalcy, researchers say. In emergency situations, education is a major factor in the psychological and physical protection of students. However, to establish an emergency education system in the context of armed conflict, several elements must be carefully planned: teacher and child welfare, conflict-sensitive education, and psychosocial support.

By Olivier Arvisais, Diane Alalouf-Hall and Patrick Charland of theUniversity of Quebec in Montreal (UQAM).

Following the military offensive in Ukraine, nearly one million civilians have sought refuge in neighboring countriesMost of them are women and children.

Many others are on the move. The United Nations Refugee Agency (UNHCR) estimates that 4 million people could flee Ukraine in the coming weeks. Currently, approximately 7 million people have been forced to move internally. Early estimates indicate that the crisis would directly threaten the lives and well-being of approximately 7.5 million children and adolescents across the country.

Among the many threats to their well-being, we can expect profound disruptions in their educational pathways. It is necessary to recall that access to education is a fundamental right.

As a specialist in education in emergencies, my research and that of my colleagues focuses on education initiatives in refugee camps, child protection through socio-emotional learning, and education under armed groups.

Based on preliminary reports, field observations, and displacement dynamics, it is highly likely that the proportion of school-age children and adolescents is at least 50 % among refugees, as is the case in Polandcurrently their main destination.

In recent years, education in emergencies has developed considerably as a means of protection, but also as a humanitarian action. The resulting research allows us to see with clarity the consequences of the conflict in Ukraine on the education of young displaced persons and refugees.

To establish an emergency education system in the context of armed conflict, several elements must be carefully planned: teacher and child welfare, conflict-sensitive education, and psychosocial support.

In a language context where refugees do not speak the language of the host country, one of the first steps is to identify female teachers within the refugee community. This is best done quickly and efficiently during the registration and identification process.

This data is used primarily as a tool for the protection of refugees. It also allows for program planning, including for shelter, food, water and sanitation. However, we have too often viewed this process only in a unidirectional way, from assistance providers to beneficiaries. Yet refugee communities are always resilient and are themselves resources for responding to the crisis.

The fact that the majority of adult refugees are women - men between the ages of 16 and 60 are not allowed to leave Ukraine - leads us to believe that thousands of female teachers are among them. Once identified, they will be able to support their own communities in providing emergency educational services.

In addition to teachers, it is important to include psychologists and social workers in the registration and identification process. This synergy will help to speed up the implementation of a more appropriate emergency educational response. From there, we need to think about the planning of the educational system. This is a technical, political and participatory process that must be led by the government of the host country with the assistance of the UN network and the INGO competent.

To do this, projection and simulation models will need to be used to determine the physical and human resources available and needed to implement a plan. Then, adequate funding will need to be determined based on the goals of the plan and the resources needed and available. In addition to curriculum, buildings, school materials, and other resources, teachers must remain the priority. As long as there is a teacher, the school can exist for the students, even without books and buildings.

While approaches often focus on the needs of students, the well-being of teachers is vitally important. These individuals alone represent the entire school.

Teachers will work in a complex educational environment with minimal support. They will assume a multitude of non-traditional roles and responsibilities to meet the diverse needs of students and the community. They will have to deal with the reality of displacement resulting from armed conflict. Displacement often creates tension within a community. In addition, students are under great stress, have potentially witnessed traumatic events, and are filled with a sense of insecurity. All of these elements disrupt learning and can even hinder cognitive development.

In recent years, the emergency education community has promoted the inclusion of refugee students in the national education systems of host countries. In the particular case of Ukraine, it would seem that this is not the best solution to respond quickly and adequately to the needs of the students. Indeed, it is imperative to take advantage of the rare situation where there is a significant number of trained female teachers in the refugee community to implement an emergency education system using the students' original language of instruction.

It is necessary to include a conflict sensitive education. This tool, created by the Inter-Agency Network for Education in Emergencies (INEE), composed of members around the world who work in humanitarian and development settings, designs and disseminates educational programs that take into account the context of conflict. An emergency education system should not focus solely on academic or technical solutions. This will not be enough to meet the challenges and real needs of students.

There is even a risk that education may contribute to increased tensions. For example, teachers frustrated by the conflict may engage in hate speech in the classroom. Instead, it is crucial that education help minimize the negative impacts while maximizing the positive impacts of education in emergencies. One way to do this is to provide psychosocial support through the educational relationship.

In emergency situations, education is a major factor in the psychological and physical protection of students.

Indeed, it can provide students with a safe and stable environment through crisis and thus help restore a sense of normalcy, dignity and hope. This can be done by providing supportive activities that help develop cognitive, social and emotional skills in children and adolescents. This includes creating stable routines, using play, fostering the development of friendships and hope in speech, reducing stress through better stress management, encouraging self-expression and promoting collaborative behavior.

Psychosocial well-being is an important precursor to learning and is essential to academic success.

Governments, the UNHCR and several international NGOs are already developing a response to the crisis. In fact, the Polish government has announced that public television will begin streaming programs for Ukrainian children and is working on dubbing Polish children's programs into Ukrainian. Let's hope that the educational response can be organized in a way that allows children and teenagers to regain some form of normalcy. 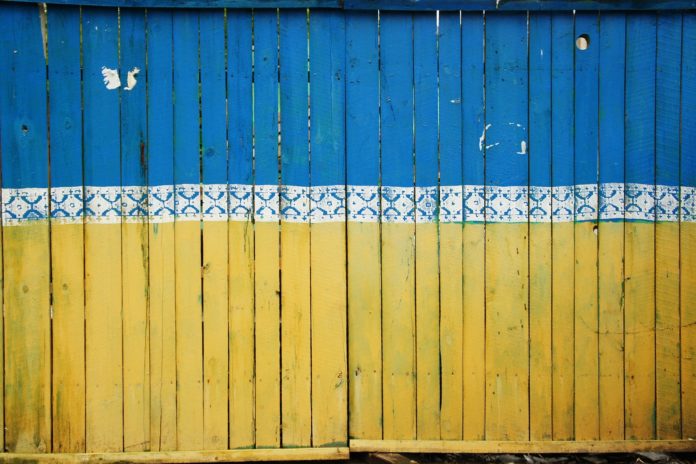