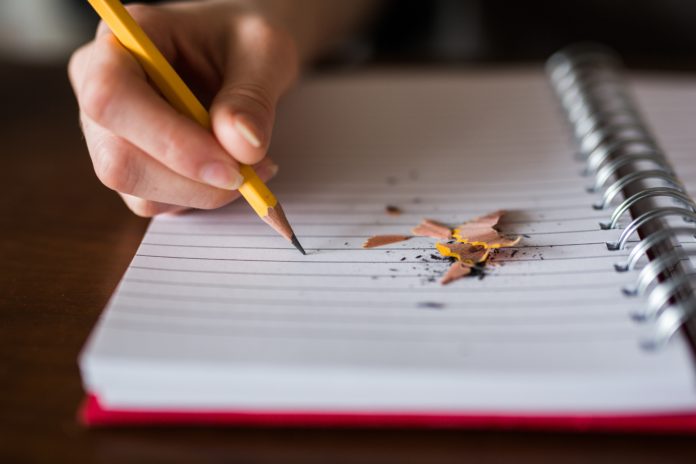 Who hasn't had to write a plan before producing a story? This practice is well anchored in school practices. A team of researchers from Laval University wanted to know more about the impact of the use of the plan in the writing of stories and is now questioning this practice.

Who hasn't had to write a plan before producing a story? This practice is well anchored in school practices. A team of researchers from Laval University wanted to know more about the impact of the use of the plan in the writing of stories and is now questioning this practice.

“In order to support elementary school students, the school environment encourages, and even requires, the development of a plan before the production of a story, and this, from a fixed, even step-by-step framework. However, this supervision, aimed more specifically at pupils in difficulty, could hinder risk-taking and thus affect the development of stories ”. This was the starting premise of Pauline Sirois, Émélie Morin, Anne-Sophie Gravel and Alice Vanlint from Laval University.

They contributed to a longitudinal study (FRQSC-MELS) which made it possible to experiment with developmental and differentiated support with children (8 years old at the start of the study) concerning the structuring of the narrative. The progress of the students was analyzed at different times (beginning-end of 3rd + end of 5th year) and in two writing contexts (with and without a text structure predefined by a plan). The results of the pupils in difficulty were also compared with those of the other pupils.

Let us give immediately the conclusion of the longitudinal study: "the use of the outline leads all the pupils to write standardized texts and it limits them in their creativity". While story writing should foster creativity and develop children's enjoyment of writing, the plan “locks” them into a rigid structure.

At the end of the collection of results, the stories without a predefined structure showed the students' ability to structure their stories (94% structured adequately without a plan and 97% with a plan). The texts of students who wrote without an outline were even longer and more literary than those written with a structure predefined by an outline.

Moreover, in the “with plan” context, several of the pupils in difficulty had quite simply produced texts that the researchers qualified as “artificial”. In fact, they were just copying their plan and adding a few more sentences to it.

Moreover, despite their longer texts, the students who wrote without an outline had the same percentage of wrong words as the others. Likewise, in third grade, 47% of students used the simple past naturally to write, and 56% in 5e year.

Be careful, despite these results, this does not mean that the structure of the text and the drafting plan should be thrown in the trash. The researchers insist that there are other ways to model story writing than by having students follow a plan. Pauline Sirois is also of the opinion that the majority of children know how to recognize the structure of a story naturally. “They've been told stories since they were little kids. They are also able to do complex readings, ”she says. Reading is also a powerful modeling tool, according to her.

Other activities can be carried out in class: reflection work on the organization of a story, discussion on putting ideas into text, creative writing, etc.

“Yes, writing is not easy for children and we must support them so that they can do it successfully. However, maybe we don't need to impose our vision on them. Writing stories without a predefined structure by a plan is certainly a way of intervention making it possible to exploit the creativity and the narrative capacities of the pupils ”, supports Ms. Sirois.

Pauline Sirois presented the results of this research at the most recent ACFAS conference.