Although the deployment of creative laboratories was started in Quebec schools before the pandemic and several advantages have been identified for the development of skills among students, the authors of a recent report raise some questions about the future of the deployment of these workshops. Manufacturing.

In a research report published in 2020, the Digital Literacy Training and Research Laboratory of the University of Quebec at Chicoutimi reports on an initial census of creative laboratories in Quebec primary and secondary schools. Although the deployment was started before the pandemic thanks to various government incentives, and several advantages have been identified for the development of skills among students, the authors of the report raise some questions about the future of the deployment of these manufacturing workshops.

Publication of the research report Creative laboratories in schools: inventory, pedagogical strategies and skills, released in the midst of the pandemic, went virtually unnoticed. The establishment and use of creative labs in schools was at that time slow due to the health measures in force and the prevailing distance learning. The report nevertheless paints the first portrait of the deployment of creative laboratories in elementary and secondary schools in Quebec since the publication of the Digital Education Action Plan (PAN) of the Ministry of Education in 2018.

In fact, measure 29 of the PAN aims to support the acquisition of digital equipment for educational purposes, also called “digital combos”. One of the categories of equipment that schools can acquire is clearly identified as “creative laboratory”. In addition, measure 2 aims to “increase the use of computer programming for pedagogical and didactic purposes” and we know that creative laboratories generally include a large dimension associated with programming.

The definition officially adopted by the authors of the report is as follows: "A creative laboratory (CL) is a flexible, physical (fixed or mobile) or virtual environment for creation, design, manufacturing which can be present at all orders of 'education. The space reserved for this environment can be formal, that is to say that premises are entirely dedicated to the creative laboratory, or informal, that is to say that a space such as the library is temporarily transformed or the local arts for the LC. In any case, the space must be organized in such a way as to encourage creativity, but also collaboration, because it is also an environment where the various school actors (teachers, learners, technicians in practical work, etc.) work together to achieve goals. This collaboration can also extend outside the school, to the community (family, businesses, organizations, institutions, etc.). »

The research project, funded by the Quebec Ministry of Education, aimed, among other things, to carry out an initial census of creative laboratories in Quebec primary and secondary schools. The research team would have liked to reach the 320 private establishments and the 2,370 public establishments in Quebec. After circulating an initial questionnaire, she was able to identify 63 creative labs, almost half of which were located in secondary schools. This portrait is however incomplete, in the opinion of the researchers themselves, because of the low response rate.

Four laboratories, located in four different regions, were then selected in order to better understand the motivations behind their implementation, as well as their operation. Three were from the public sector and one from the private network. One laboratory was intended for primary education, two for secondary education (one public and one private) and one for general adult education (but also occasionally served vocational training programs).

The researchers were able to identify five main motivations to justify the establishment of creative laboratories in schools.

According to the researchers' observations, programming and robotics were the main activities carried out in the creative laboratories visited. The most used resources were 3D printers, digital tablets, robots and cutters (vinyl and laser). The least used resources were nanocomputers, microcontrollers, DIY materials, soldering equipment and virtual reality.

Two typical use cases were also observed: moments of appropriation, where students learn to use the machines and equipment wisely, and moments of creativity, where they find themselves solving problems, projects or in assisted self-learning.

As “the implementation process seems to be in its infancy”, the phases of appropriation and discovery seemed to be more frequent. Similarly, the links between the activities carried out and the development of skills were not made systematically by the teachers. Moreover, the researchers noted that “the projects carried out by the learners […] are often seen as a 'gift' or 'special' activity at the end of a more traditional teaching”.

Finally, they also noted that “the idea of building on error in creative labs is not necessarily possible in the context of current schools and allocated budgets. There is therefore sustained support from teachers to help learners succeed fairly quickly in their projects”. The students could be creative, but in a “very supervised” way in order to limit the use of materials.

However, the positive effects are definitely tangible for the students.

Problem solving and the project-based approach have been identified by the researchers as the two strategies put forward to develop students' skills when using creative laboratories. These were mainly disciplinary skills in science and technology or various digital skills.

"The researchers found that the link between these strategies, the development of skills and the use of the creative laboratory had the effect of promoting the motivation of young people, increasing their curiosity for the discipline and leading them to deepen their knowledge" , reads the report.

In addition, one of the uses with the most potential according to the researchers is the interdisciplinary approach. “It was during partnerships between different disciplines such as physical education and science and technology (connected clothing), or art and science and technology (interactive costumes), that it was possible to observe complex projects that placed creativity and freedom at the center of the reflection. […] It is also when talking about these projects that the learners most often mentioned their motivation to go to school, their interest in this kind of learning, the impression of having been able to accomplish and fully develop as well as the fact that the learning achieved in the creative laboratory has been reinvested in everyday life. It is therefore a great opportunity to reinvest the general areas of training to make learning authentic and to arouse the curiosity and motivation of learners”.

In the last section of the report, the UQAC team mentions that the results “also raise questions about which it will probably be necessary to begin a reflection at the Ministry, in the CSS and in the schools”.

Among other things, it is mentioned that, although the ministry has facilitated the purchase of equipment related to creative laboratories via its digital combos, it does not seem to have given a clear mandate to RÉCIT advisers so that they guide schools. in the purchase and use of equipment. Similarly, it would currently be difficult to understand the real training needs of teachers, which would nevertheless make it possible to better support them in their appropriation of the universe of creative laboratories.

In addition, the data collected shows that certain “star” tools are always cited as examples. "We couldn't help but wonder about the prevalence of the 'Wow!' in the choice of technologies and projects,” write the researchers. They ask themselves: “Are the most popular tools really the ones with the most potential for learning? ". They also call for vigilance “in order to prevent the school network from involuntarily entering a cycle of costly dependence”, in particular in connection with the maintenance of certain devices.

Furthermore, the question of the evaluation of the knowledge and skills developed in a creative laboratory is identified as “one of the most important and most pressing”. “During the research, it was very difficult to identify the criteria and the learning targeted by the teachers as part of their projects in the creative laboratory. In other words, apart from the fact that the activities in LC take place within the framework of a disciplinary course, these activities are rarely assessed in a formal way and the learning that is achieved there is little reinvested in the ordinary class. »

Yet, as the researchers note in their conclusion, "teachers cannot consistently integrate LC 'on top of' the regular classroom or activities more directly related to the training curriculum." They also write: “It is therefore important to continue the reflection to better align the activities carried out at LC with the expectations of the program. The idea being that the time spent in LC serves the teacher to assess and support the learner in the development of these skills”.

The question posed at the conclusion of the report sums up the research team's concerns quite well: "Perhaps we should quickly consider offering continuing education to teachers, work to organize a progression of learning with regard to the digital literacy of the preschool to the end of high school and review our selection criteria for LC tools? ".

To find out more about setting up a creative laboratory in a school, watch our special file to be published in the coming days (reserved for subscribers to École branchée magazine).

Continue reading on the same topic: Support for the deployment of creative laboratories in schools in the Maritimes and collaboration with Quebec 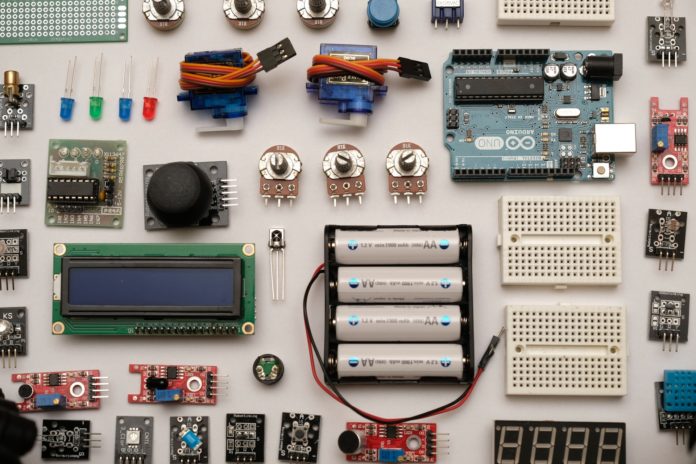 The maker movement for learning, living and sharing: a guide now available