Inauguration of CADRE 21, an ultramodern space dedicated to the continuing education of teachers

On January 21, the official launch of the activities of the Center for Animation, Development and Educational Research for the 21st Century (CADRE 21) took place in its premises located in the Ahuntsic district of Montreal.

On January 21, the official launch of the activities of the Center for animation, development and research in education for the 21ste century (CADRE 21) in its premises located in the Ahuntsic district, in Montreal.

About 70 people were on site, in addition to two virtual visitors who were able to walk virtually, from New Brunswick and France to explore these new places, thanks to the telepresence robots. Beam. After a few years of gestation and several months of preparation, CADRE 21 has finally revealed itself to the French-speaking educational community. A few years ago, just over 40,000 students were surveyed for the second time in ten years by the Federation of Private Educational Institutions (FÉEP) about different spheres of their daily life. The report concerning the school was overwhelming. Between the two polls, the opinion of the new generation of students had drastically deteriorated concerning mainly three points:

From then on, a construction site was set in motion, baptized The school of tomorrow. This project consisted of the distribution of more than a hundred teachers, directors and pedagogical advisers in eleven working committees who will have worked for four years to ultimately lead, among other things, to the creation of CADRE 21.

The project changed and took another form when the FÉEP, which rented premises to professionals on the second floor of its offices, had the opportunity to take over this space to eventually tear down the walls and create a physical space that eventually became CADRE 21 headquarters.

To soothe a discomfort

According to Normand Brodeur, coordinator of teaching services at the FÉEP, there is unease in the teaching profession, which is mainly due to its lack of recognition in society. At the same time, we realize that teachers need support and continuous training to ensure a certain influence of practices which will inevitably have an impact on student learning. Other teachers need to be given latitude in order to take off and thus assume their positive leadership to continue their work of what Mr. Brodeur calls positive contamination carried out by change agents. This is how the professional badge system will be at the heart of CADRE 21's activities. It will recognize the skills of the 21e century as teachers engage in continuing education activities.

A place in the image of contemporary teachers

The premises of CADRE 21 are modern and are divided into four parts. The training room is furnished to allow the dynamism of conversations and movements linked to collaboration. It is a completely modular space that can be arranged according to the specific needs of its tenants. Obviously, this space is at the cutting edge of technology with everything you need for multimedia presentations, videoconferences and brainstorming activities thanks to a huge wall of magnetic felt. A telepresence robot, affectionately known as Jarvis, is also on site to promote exchanges with colleagues or experts who are far from CADRE 21.

Another room looks like a large dining room which adjoins a well-equipped kitchen. The large table commands attention and encourages sharing in a relaxed and friendly atmosphere. It is the perfect place for exchanges, spontaneous workshops or almost perfect educational dinners.

Two smaller rooms allow more intimate encounters, with smaller work teams. These are small nurseries for ideas that are there thanks to the possibility of writing on tables, walls, windows and even to swing while thinking. Yes, there is a real swing that accompanies the furniture in place for those who need to move to create.

All these premises are illuminated thanks to a home automation system which adapts well to the needs of the audience to create the desired atmosphere. The atmosphere is cozy and warm. A virtual space and a strategic watch

Finally, under the aegis of its coordinator, Mr. Jacques Cool, CADRE 21 will be a place of virtual animation of new approaches in education. The latter, recalling that the teacher is first and foremost a learner and that it is in perpetual beta mode, will be in charge of monitoring the main educational, didactic, educational and technological trends. Its mandate will be to bring together educators at work in the four corners of the Francophonie and to allow them to share their experiences and expertise while ensuring the dynamism of a real sharing community.

For more information on CADRE 21, see the website newly launched or show up on site for the open days of 1er to February 4, 2016, between 3 p.m. and 6 p.m. Finally, remember that this space will be accessible to the entire educational community, whether or not from the FÉEP network. 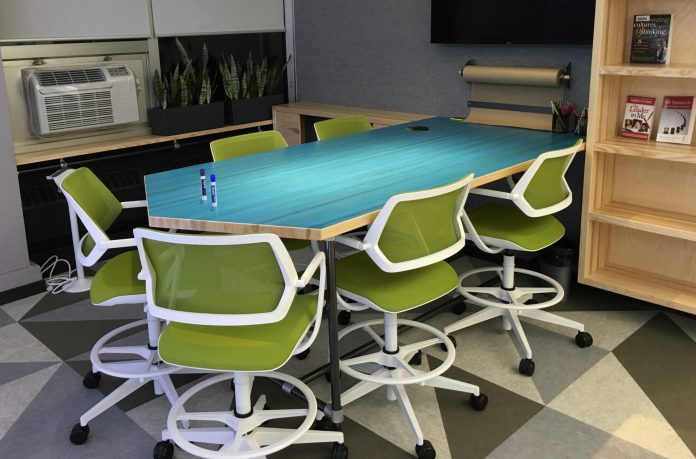 A day dedicated to professional development