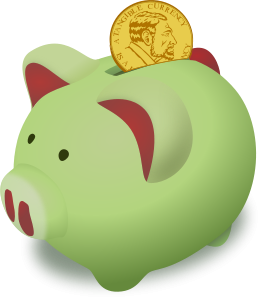 Public vs private funding: the FCSQ and the FÉEP are passing the buck

A study carried out on behalf of the Federation of School Boards of Quebec (FCSQ) affirms "that the public network is more efficient than the private subsidized educational institutions, and it is in the public that we invest the most for training. students ". The Federation of Private Educational Institutions (FEEP) wants the facts to be rectified. Here are the press releases from the organizations.

QUEBEC, June 26, 2014 / CNW Telbec / - The Federation of Quebec School Boards (FCSQ) is asking the Quebec government to review public funding for private education, to restore tax fairness between parents of the public and of the private sector and to increase the administrative and accountability requirements that must be imposed on the 181 subsidized private institutions, mainly concentrated in Montreal, Montérégie and the Capitale-Nationale.

This request, unanimously adopted at the FCSQ's general assembly, occurs following the filing of the conclusions of a study carried out on behalf of the FCSQ by researcher and professor Valérie Vierstraete of the University of Sherbrooke. This study reveals that the public network is more efficient than the private subsidized educational establishments, and it is in the public that we invest the most for the training of the students: “The expenditure relating to education was in 2011-2012 , the reference year of the study, of 7,157 $ per student in our network while they are only 5,888 $ in the private sector, this shows that school boards have chosen to invest more in direct services students. »Said Josée Bouchard, president of the FCSQ.

The study, not surprisingly, confirms the good performance of school boards in terms of administrative expenses, which only represented 4.76 TP1T of their budget. On the other hand, this same study highlights that the share of total administrative expenditure in the private sector was, in 2011-2012, of 13.32 %. "This observation should challenge us, because it is largely public money since private establishments receive for their students 60 % of funding from a public student" specified the president.

In the same logic of financing private institutions with public funds, the study notes a clear imbalance between the administrative and accountability requirements demanded by the Quebec government from the public network compared to the private one. For Josée Bouchard, “these are two worlds, because it seems that only school boards are subject to accountability to the population when no reason, in our opinion, should exempt the private sector from doing so. "

Private daycare costs: a potential saving of 5,000 $ in tax credit

Beyond public funding, the study reveals many tax advantages for parents who send their children to the private sector. Among these, tax credits for child care expenses. Thus, a couple with 2 children and a total income of 80,000 $ can expect, for tuition fees and childcare costs totaling 7,000 $, a tax saving of 5,000 $, for a net cost of approximately 2000 $. The study also recalls that to these indirect costs for the State are added federal and provincial tax credits for donations made to private establishments estimated at an amount varying between 16 M$ and 24 M$.

Decrease in subsidies to the private sector: no costs, but savings for the State

In various scenarios considered in this study, the reduction in subsidies to private educational institutions would not result in a cost for the Quebec government, as is commonly believed, but in savings for the latter varying from 65 M$ (reduction from 20 %) to 185 M$ annually (total withdrawal of subsidies). For Josée Bouchard, “we are not asking the government to end private funding, we simply want it to quickly look into this issue on the basis of this credible study. In addition, we remain convinced that in the event of a decrease in public to private funding, there would not necessarily be a major impact of student migration to the public, which was however considered in the study. "

The study recalls that there are only 4 other provinces in Canada that fund private educational institutions, but that it is in Quebec that we find the highest percentage of students, i.e. close to 13. % compared to about 7 % elsewhere in the country. This high percentage is all the more questioning given that the total school enrollment in Quebec has decreased by 12 % since 2001-2002.

The study on public financing of private education is available at the following link: http://www.fcsq.qc.ca/publications / studies-and-memories / studies-produced-by-la-fcsq /

The Federation of Quebec School Boards brings together the vast majority of French-language school boards in Quebec as well as the Commission scolaire du Littoral. School boards are local governments that ensure the academic success of more than one million students by providing educational services at the elementary, secondary, vocational training and adult levels. They also offer efficient and essential services, particularly in terms of human resources and material and financial resources. In addition, school boards are responsible for distributing resources equitably between their establishments and making safe school transportation accessible at all times.

FCSQ study on the financing of private schools - Facts to rectify

MONTREAL, June 26, 2014 / CNW Telbec / - First of all, the Federation of Private Educational Institutions (FEEP) is surprised that the Federation of Quebec School Boards (FCSQ) is using taxpayers' money to finance a study on the financing of private education. In addition, the FEEP wonders about the data presented today by the FCSQ which contains certain errors.

First of all, contrary to what the FCSQ says, the public funding of private schools has been the subject of much debate for 50 years. It is surprising that the FCSQ, which initiated several of these debates, does not remember them. She could have referred to the rigorous studies of F. Larose (Université de Sherbrooke, 2013), P. Fortin (UQAM, 2013), B. Vermot-Desroches (UQTR, 2007), B. Massé (Université de Montréal, 2005) or to all of the research carried out by R. Marceau from ÉNAP.

The performance of independent schools, an irritant for school boards

"The existence of a parallel network of independent, non-profit schools that show excellent results in terms of supervision, student graduation and academic success is obviously an irritant for the Federation of School Boards," explains Mr. Jean-Marc St-Jacques, president of FEEP. If the directors of public schools are asking for more autonomy, it is because they know that the autonomous school model works well. "

“We believe that the model of an independent private school, managed by a non-profit organization, funded in part by the State which exercises control over the programs and the language of instruction, represents an interesting model, particularly in a context where Quebec is faced with difficult budgetary decisions. "

To put an end to the wars of numbers

The FEEP asked the education ministers Courchesne, Beauchamp, Malavoy and Bolduc to carry out a comparative study of the cost of a pupil attending a private educational establishment and that of a pupil attending the public, regardless of the cost. source of funding, in order to paint a rigorous picture of the situation. Despite repeated promises that this would happen, this analysis is long overdue.

The private school: an economy for the State and the taxpayers

About the Federation of Private Educational Institutions

The Federation of Private Educational Institutions is a non-profit organization that brings together 190 independent institutions attended by some 110,000 students spread across Quebec, or about 12 % of the school population in Quebec. The members of the Federation offer services to preschool, elementary and secondary students in the areas of general and vocational training and special education.

Scool.ca launches a crowdfunding campaign to improve its platform

Open letter from the FÉEP - Back to class for high school students: let's trust the school teams

School perseverance in times of pandemic: a priority issue