Patrick Valois teaches in an intensive sixth year English program at Académie Lafontaine in St-Jérôme. He has been using ICT in his classroom for over 10 years. For him, ICT democratizes the development of skills in students who would previously have required considerable equipment. “Making films, editing photos, publishing books, all of this is made so easy with today's tools,” he explains in an interview.

We asked him to tell us about his winning projects of the year. He chose to focus more particularly on one tool and two projects.

A striking tool in its year: Edmodo

" Edmodo, it's an online tool that's often referred to as a Facebook for schools, but it's so much more than that. In fact, this tool facilitates exchanges between the pupils and the teacher, and between the pupils themselves. You can upload videos, web links, documents, etc. You can use it as a diary, to do polls, etc. It is a very complete tool that allowed me to take my first steps towards what could be called the start of a flipped class. The pupils ask questions there, other pupils answer them (often from home, often without my having asked them). "

For next year, he intends to involve the pupils more in the production of content, so that they too can contribute to the feeding of the class site. It also plans to add content produced on another platform, Didacti, when possible.

“We read in class this year a detective novel (Poison Red). To follow up on this reading, I asked the students to write a detective story. We worked in class on the various aspects, what was essential to include, the differences with a traditional story, etc. Obviously, he was not going to miss the opportunity to have his students use certain technologies to enrich the project. For example, to write their own story, students typed it using the free software suite Open Office.

Subsequently, they used StoryJumper, an online application, to create their own electronic book. They did the layout of their text and inserted illustrations. “It's a very easy-to-use tool,” explains Patrick Valois. " The finished product looks like a book you can flip through. After the stories were finished, they asked the grade 5 students at the school to rate their stories. “All they had to do was go to a blog created especially for the occasion. "

“I find that the learning made by the students was relevant, that they understood that they themselves could answer the questions of others, that the project was meaningful to them. In fact, he plans to relive the project next year. He is thinking of going further at the ICT level by working on improving pupils' texts with Antidote, to enrich their vocabulary, check the structure of their sentences, etc. "I would also like their texts to be disseminated on a larger scale", he explains, specifying that the reading this year by the 5e this year was probably not satisfactory enough for them. “Or they might write their story for a younger student, using information provided by that person. "

One thing is certain, he will have a great summer to think about it!

Have you experienced great ICT projects in class this year? Write to us to tell us about it! info@ecolebranchee.com 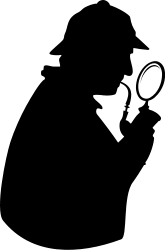 Use the educational version of Minecraft to promote reading comprehension

Read aloud with classes around the world