Digital technology in Quebec schools: the equipment is there, uses still need to be developed

Although there are still disparities between schools, since 2014, we have observed "a significant increase" in the use of technology in elementary and secondary schools in Quebec. This is the main finding of the most recent survey carried out by the Academy of Digital Transformation.

Although there are still disparities between schools, since 2014, we have observed "a significant increase" in the use of technology in elementary and secondary schools in Quebec. This is the main finding of the most recent survey carried out by the Academy of Digital Transformation.

This survey, carried out within the framework of the Digital Action Plan in Education and Higher Education, aimed to provide a current portrait of the use of digital technology in Quebec schools. It also aimed to measure the progress made since 2014 when a similar study had also been carried out. A third data collection is planned for the 2022-2023 school year.

The results are based on responses from some 600 school principals who completed an online questionnaire. The participation rate of public schools is 23 % and it is 21 % for private schools. As the data collection took place during the year 2020, it should be noted that some results may have been influenced by the pandemic.

Link with the training program

The use of digital technology is growing. The results of the survey show that computer equipment is readily available and that several projects are underway. Nevertheless, significant disparities are observed from one school to another, especially between those in the public sector and those in the private sector. The development of digital skills for all remains at the heart of concerns and becomes a priority.

The full report can be read online. 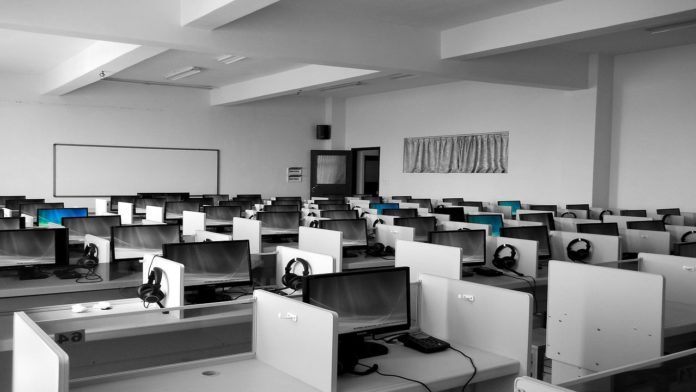