Thinking about the school of tomorrow presents the results of research, analysis and consultation carried out by the Lab-École by illustrating evidence, best practices and architectural proposals aimed at fostering innovation.

Quebec, April 10, 2019 - The Lab-École launched the publication today Thinking about the school of tomorrow. This tool presents the results of research, analysis and consultation carried out by the Lab-École by illustrating evidence, best practices and architectural proposals aimed at fostering innovation.

It presents the trends observed, as well as the findings that emerge from them. Remember that the Lab-École's work is based on more than a hundred visits to inspiring schools, in Quebec and elsewhere in the world, and on the involvement of more than 70 school stakeholders, researchers, organizations and architects. After several months of action research, the Lab-École is proud to propose a new alphabet aimed at stimulating the emergence of a new model for the design and renovation of schools in Quebec. The objective: to make them more contemporary, more welcoming by including new spaces that meet current and future needs and realities.

Following discussions with many stakeholders from all the spheres involved, the Lab-École wishes to highlight the factors that will have a major influence on the deployment of concrete actions:

“This publication is intended to be a reference tool aimed at giving rise to real changes in the way we design our schools. We also wish to inspire and interest the architects who will be called upon to design these future schools. "- Pierre Thibault, Architect and Co-Founder

“The Lab-École's work has made it possible to identify several means that will allow children to be more active at school. The fact of offering flexible classes and making school spaces more open to the outdoor courtyard is a good example. Current models are generally very closed in on themselves. In our opinion, the exterior courtyard should also be an integral part of the overall design project. "- Pierre Lavoie, Athlete, Speaker and Co-Founder

“Our children are spending more and more time in school. Hence the importance of building schools that integrate friendly and welcoming dining rooms for meals and snacks. The meal is a special occasion for them to socialize and bond with their friends and school stakeholders. "- Ricardo Larrivee, Chef, Entrepreneur and Co-founder

The work carried out by the Lab-École made it possible to identify strong observations that emerged during the consultations. Presented in the form of 12 essentials, these appear as levers for reflection on which the fundamental principles of the school of tomorrow can be based. Here are a few examples:

Thinking about the school of tomorrow will also equip the architects who will participate in the competitions carried by the Lab-School and which will be launched in the coming weeks. For the first time in 50 years, Quebec schools will be designed through an architectural competition process. The Lab-École projects in Gatineau, Saguenay, Rimouski, Shefford and Maskinongé will be the subject of a competition. All details will be posted on the Lab-École website at the beginning of May.

The Lab-École is a non-profit organization whose mission is to bring together multidisciplinary expertise to design the schools of tomorrow. Under the leadership of its three founding members, Pierre Thibault, Pierre Lavoie and Ricardo Larrivée, the Lab-École intends to mobilize around this collective reflection to make it a social project. How? 'Or' What? By integrating the knowledge of school staff with that of professionals from other backgrounds to create the best schools that promote the well-being of students and all those who revolve around them. The Lab-École is financially supported in its mission by the Ministry of Education and Higher Education. 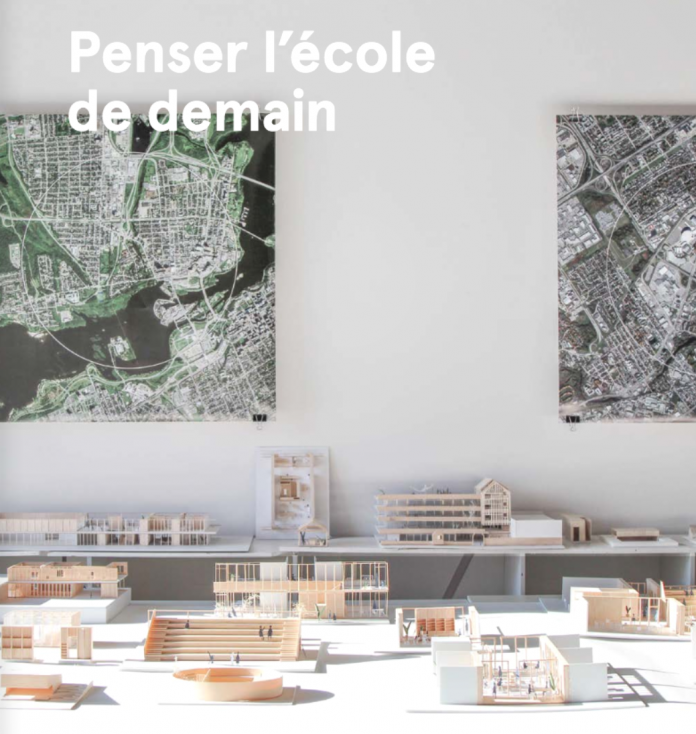 Practical advice for learning to disconnect