Writing on paper or on a tablet, what are the differences?

Researchers are interested in the differences between handwriting on paper and on a tablet screen, as well as the best time to introduce digital tools in learning to write. Find out where they stand in their work.

When we think of digital writing, we often think of typing on a computer keyboard or on a touch screen. However, the massive deployment of digital tablets in schools in recent years also invites us to compare handwriting on paper to that on the screen, with a stylus. Here are some interesting leads.

“If research agrees on the need to keep handwriting, especially at school, this is not to deny the contributions of digital technologies. The idea is then to use touch tablets as a support for handwriting. This is what interested Denis Alamargot, professor at the University of Paris-Est Créteil Val de Marne (UPEC), and Marie-France Morin, full professor and researcher at the Research and Intervention Group on Social Adaptations of the childhood (GRISE) from the University of Sherbrooke, in their article published in The Conversation.

Write on tablet, in 2e year of primary versus in 2e high school year

First, in a study carried out in 2015, Denis Alamargot and Marie-France Morin recorded the writing gesture of students of 2e year of primary and 2e secondary. In the end, on the tablet, elementary students took longer breaks when producing the letters, while secondary students traced larger letters by pressing hard on the mine.

“The surface of the tablet being smoother, the pupils experience a sensation of 'slipping' when writing with the stylus. If you've ever digitally signed the receipt of a package, you've probably experienced that feeling. To compensate for this loss of control, the older pupils (14 years old) increase the size of the letters and the pressure on the stylus so as to better feel the force exerted on it ”, summarizes Marie-France Morin. “However, these research results must be contextualized, they must not be seen as anti-technological discourse or against tablets in schools. The study aims to demonstrate that digital tools supporting writing must be introduced at the right time in the school career and according to the needs of the students. "

The professor also believes that this can lead to reflection on the contexts of use of technology. “The keyboard or the tablet are not solutions for all writing difficulties; their use must be well thought out to adequately respond to the progress of the students ”.

A matter of surface

More recently, in 2019, Ms. Morin also collaborated with two French researchers in order to explore this subject in greater depth through a study with a different approach: having eyes open or closed on a tablet with a rough or smooth surface. By adding (or not) a rough micro-filter to the screen of tablets, the study concludes that a certain adhesion to the surface can help students better control their writing gesture with the stylus. Indeed, the feeling of skidding is less, so it is closer to the movement observed with the pencil on paper.

“This confirms that the texture of the paper has an influence in the writing process. The cohabitation between the handwritten and digital form would therefore be judicious to allow the pupils to automate the writing gesture in the first place. As we know, handwriting is a skill that makes it possible to mobilize motor, cognitive, perceptual and linguistic skills, useful beyond school ”.

You can learn more by reading the original text Learning to write: can paper and pencil be replaced by tablet and stylus? 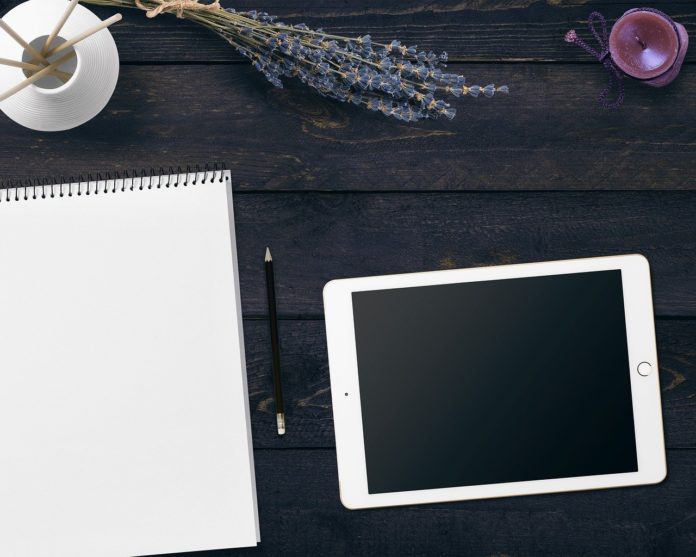