As part of the Rendez-vous des écoles francophones en network (REFER), which will take place on March 19 and 20, two classes have teamed up to virtually debate 4 digital-related affirmations in their lives, inspired by the work Petite Poucette, by the philosopher Michel Serres.

Within the framework of Meeting of French-language schools in the network (REFER), which will take place on March 19 and 20, two classes have paired up to virtually debate 4 digital-related affirmations in their lives, inspired by the work Little Thumbelina, by the philosopher Michel Serres.

Teachers Annie Turbide (ethics and religious culture, 5e secondary, Cardinal-Roy School in Quebec) and Francois Jourde (philosophy 16-17 years old, European School Brussels 1, in Belgium), invited their students to reflect on their relationship to digital technology. To do this, they first read the work Little Thumbelina, by French philosopher Michel Serres, published in 2012, in which he precisely questions this new "digital age".

They were then able to react to it through various educational activities, including a virtual debate around the following 4 statements:

By clicking on the links, it is possible to review the progress of the debate, which took place through the tool Google Hangout and broadcast live on February 17 on YouTube. There were 2 debaters per team, in addition to 2 coaches per team, a session chairman and his 2 assistants, a timekeeper and 4 journalists on Twitter. The assistance (anyone connected) could also chat and vote on the outcome of the debates. It was all done using the Twitter tag " #Refer_PP "

This whole project will be the subject of a very special presentation on the occasion of the Meeting of French-language schools in the network (REFER), next March 19 and 20.

Among the outstanding arguments proposed by the students:

1. With the Internet, you no longer need to go to school

For :
- Universal accessibility of knowledge promotes equality
- Online courses have the advantages of ubiquity and diversity, individualization, personalization, massification

Against :
- Some practical work can only be done at school
- School is a place of socialization
- Everyone can have access to tools that they might not have at home

For :
- "A well-made head is better than a full head" said Montaigne
- The right to information is a fundamental right (1996 - Freedom of information act)
- We are in an age where knowledge is on Google, just a few clicks away

Against :
- Independence from technology promotes spontaneity
- Memorizing makes it possible to understand and act: but it is necessary to train (with the by heart)

3. With social networks, you are never alone again

For :
- Internet makes it easier to exchange ideas
- Allows you to open your mind by meeting people from different countries
- Example of Charlie Hebdo: the whole world knew what had happened thanks to the Internet 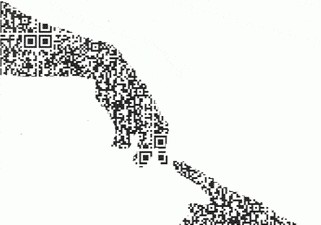 Access and use of digital resources in mathematics education