The use of screens: distinguishing between resistance and science

Many parents wonder about the time their children spend in front of their screens. On behalf of the Higher Education Council, Nadine Forget-Dubois consulted nearly 70 scientific books to clarify the issue. His review shows that the more studies focus on large cohorts, the lower the negative correlations that are usually expected. Welcome to the complex and fascinating digital world that is everyday life for children!

Doctor in anthropology, Nadine Forget-Dubois recently published, on behalf of the Higher Education Council, an interesting document reporting on research related to the use of digital screens. A field where social values and scientific studies occasionally clash ...

Hugo (not her real name), 28, quit his job due to overwork. Up around 1 p.m. daily for the past three months, he has spent his days playing in front of his computer screen with only a slight 30-minute break for supper. After discussions with his parents at the end of his appointments with a psychologist, he decides to go to sailing lessons and returns to the gym to get in shape. A week before leaving for school, he suffered a cruciate ligament injury in his knee. In his case, which activity was the most dangerous?

The anecdote is extreme and somewhat wacky, of course. But in Quebec, many parents still wonder about the time their children spend in front of their screens. CEFRIO reports that in 2019, 96 % of young Quebecers aged 6 to 17 had access to more than one electronic device. What, scientifically proven, is really damaging to mental or physical health when we look at the screen of a cell phone, tablet or computer for too long? Researchers wish to clarify the question.

“Distraction, disengagement from personal relationships, neglect of responsibilities, idleness, all this caused by the omnipresence of certain small portable objects…” Are we talking about the latest iPod? But no! This was what people thought in the 18th century in England about what could happen mainly to women who read serial novels. So, would that be resistance to new media?

In "Discourse on screen time: social values and scientific studies", research paper commissioned by the Higher Education Council (CSE), Nadine Forget-Dubois consulted nearly 70 works mainly from Quebec, Canada and the United States, as well as certain reports from the World Health Organization. She subdivided these into categories:

For each element studied, Ms. Forget-Dubois went to see what the scientists had found.

“Several recent reviews report studies of symptoms of depression, self-esteem, suicidal ideation, anxiety and other internalized problems as well as perceived well-being (Kardefelt-Winther, 2019; Odgers and Jensen, 2020; Orben, 2020). However, the researcher clearly shows that studies involving large cohorts, for example 500,000 participants followed over several years, tend to show that there is a weak correlation between screen time and measures related to depression. and suicidal ideation, a variation of only 1 %. Are other factors therefore involved in these results and that they still remain to be discovered?

She does the same exercise with the other spheres of screen time to conclude that scientific studies tend to show that ailments are less bad than you think. This is the case for physical health. According to the academic, “the links between physical activity, eating behaviors and physical health indicators on the one hand, and screen time on the other hand, are neither clear nor direct. "

Still, seeing your child locked up for several hours in his room is questionable.

Matthew Johnson, director of education at MediaSmarts, talks more about ensuring the quality of what is watched and not just making it a matter of time. Using a screen can also be creative. “You can create works of art or music, or keep in touch with friends and family. »A search forMediaSmarts titled “Young Canadians in a Wired World” showed in 2015 that children use social networks to maintain relationships with family and friends alike.

Before talking about addiction to screens, we must ensure that the term corresponds to the criteria associated with dependence on certain illicit substances, for example, such as a strong desire to use it, difficulties in controlling its use, difficult physiological weaning. or the abandonment of other sources of pleasure and interests.

Still according to Ms. Forget-Dubois, all these studies have in common that they want what is best for the development of children and young people. Managing screens constructively, being present during online activities with them and remaining attentive to problematic use are “in tune with the complex and fascinating digital world that is their daily life”.

Managing screens constructively, being present during online activities with them and remaining attentive to problematic use are “in tune with the complex and fascinating digital world that is their daily life”. 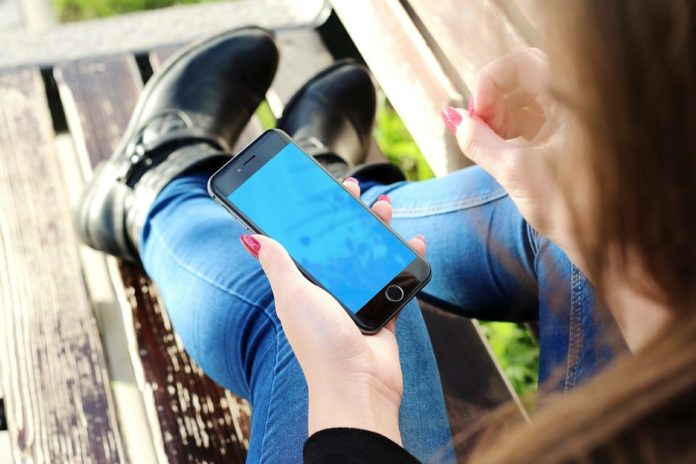