A day of reflection on the democratization of digital education

Digital inequalities and the importance of digital equity were at the heart of discussions at the second public session of the Consensus Conference on the Use of Digital Education. Organized by CTREQ, this day allowed education experts and practitioners to continue the discussions started in February during the first session. Here is our report.

Digital inequalities and the importance of digital equity were at the heart of discussions at the second public session of the Consensus Conference on the Use of Digital Education. Organized by CTREQ, the day provided an opportunity for education experts and practitioners to continue the discussions begun in February at the first session.

The consensus conference on the use of digital technology, organized by the Centre de transfert pour la réussite éducative du Québec (CTREQ), is a multi-month process. As in the first session, the experts that had produced various preparatory texts had to answer questions from the jury members who wanted to enrich their thinking.

The jury members of the Consensus Conference, composed of actors from the practice and under the chairmanship of Professor Simon Collinsare now charged with making final recommendations by June to policymakers.

At the conclusion of the day, Stéphane Lehoux, Assistant Deputy Minister of Digital Transformation and Information Resources at the Quebec Ministry of Education, stated that "the conclusions of the Consensus Conference will become a major input for the Ministry as it continues its work on the digital transition of the school network.

For more information on the process and the first session, we invite you to (re)read our report.

Democratizing the use of digital technology to promote equity

The second day was divided into four blocks of discussions. Despite the different themes of each of the blocks, common statements emerged a few times: the importance of developing digital skills for all, the necessary training of school personnel, the role that school can play in reducing inequalities (or not), the need to offer an up-to-date school that will allow students to become accomplished citizens in tomorrow's society.

Many also expressed the view that while the pandemic has allowed for a leap forward in the uses of digital technology, much more needs to be done to ensure its pedagogical integration, centered on the programs and needs of students. "Inequalities have been put under the microscope with the pandemic. They existed before, but we preferred to ignore them. Now we have no choice," said Jean Gabin Ntebutse, a professor at the University of Sherbrooke.

Martine Pellerin, a professor at the University of Alberta, went further: "The pandemic showed that teachers were not digitally prepared. In some settings, we hit a wall. In her view, the school community must take some of the blame for the inequities in online service delivery that students received (or did not receive) in distance education settings. She repeated on a few occasions that students should be entitled to the same services whether they are at a distance or in the classroom.

Thus, the importance of providing teachers with continuing education and professional development related to digital technology was emphasized by several speakers. "The pandemic has forced teachers to adopt digital technology. Now, they must be curious and have the desire to train to go further," said Josée Laprise, a remedial teacher at the Centre de services scolaires du Lac-Saint-Jean.

For many of the day's speakers, there is no doubt that teacher training is crucial to the integration and democratization of digital technology in schools. "We must support and value teachers who develop their digital skills," said Dominic Boudreau, student life advisor at the Centre de démonstration en sciences physiques. His organization welcomes school groups to its premises for scientific culture development activities.

However, training does not only mean mastering digital tools. "It is also about developing a posture and a critical mindset towards digital technology," says Boudreau. This comment was supported by Mélanie Tremblay, professor at the Université du Québec à Rimouski (Campus de Lévis), later in the day: "Innovation is not in the tools.

Martine Pellerin also agreed: "At all levels of education, we need a renewal of knowledge and practices. We are still too much in the use of the material. We don't talk enough about citizenship in the digital age. She adds that it is normal that not all school stakeholders have the same skills - "we live in a heterogeneous world" - however, there should be a common base for all so that the education of young people in the digital age is more standardized. Currently, she argues, "trainers don't even have the skills to train future teachers.

Thus, the presence of digital in the classroom varies greatly from region to region, school to school, grade to grade, and even teacher to teacher. Students may have a teacher who integrates digital extensively one year and not at all the next. "Not all teachers have the same posture towards digital and this sometimes becomes discriminating for students. They are dependent on the choices their teachers make, which are very different from year to year," noted Josée Laprise.

"Teachers are key enablers in democratizing the use of digital in education. Everyone should be able to do so. We must be of our time," concluded Martine Pellerin on this subject.

What about the young people in all this?

Some in the school world might be tempted to say that young people are already "digital literate" because they are constantly glued to their cell phones. "Let's stop taking for granted that students are comfortable with digital technology, that they are necessarily multitasking. Young people are not a monolithic block when it comes to digital use," said Jean Gabin.

Moreover, he mentioned that young people simply make intuitive use of the technological tools they have in their hands. "It is up to the schools to give them the opportunity to develop their digital skills, to become aware of the issues behind the techno interfaces. Also, the technology used in schools must meet specific educational needs.

By being slow to teach the uses of digital technology and the necessary critical thinking skills related to them, schools are not fulfilling their mission of forming socially engaged citizens, Gabin believes. "Technology is everywhere!"

Josée Thivierge, educational consultant and researcher at the Centre ÉCOBES of the Cégep de Jonquière, focused on the situation of parents in her remarks. "The school must ensure that it creates a dialogue with parents. It must not only send information. They need to make sure that they can respond. The school has a role to play in developing parents' digital skills."

She gave two examples, based on research with parents. Some of them have difficulty expressing themselves in writing, make spelling mistakes, etc. If the only way to communicate with the school is to send an email, they simply won't do it. "School puts them in an uncomfortable situation. They don't feel like they're up to par."

In some environments, parents do not speak either French or English. The children then become interpreters. However, in some contexts, a translation could demonstrate a genuine desire to engage in dialogue with the parent and avoid the child being caught in the middle.

"The more parents feel heard, the more engaged they become and the more allies they become."

The final word goes to Normand Landry, professor at TÉLUQ University: "From now on, digital inequalities must be treated in the same way as social inequalities. Digital resources could be distributed according to the socio-economic status of schools. Let's leave room for the community to develop solutions based on local priorities. Let's stop wall-to-wall solutions in Quebec schools. School actors are at the heart of the digital response. 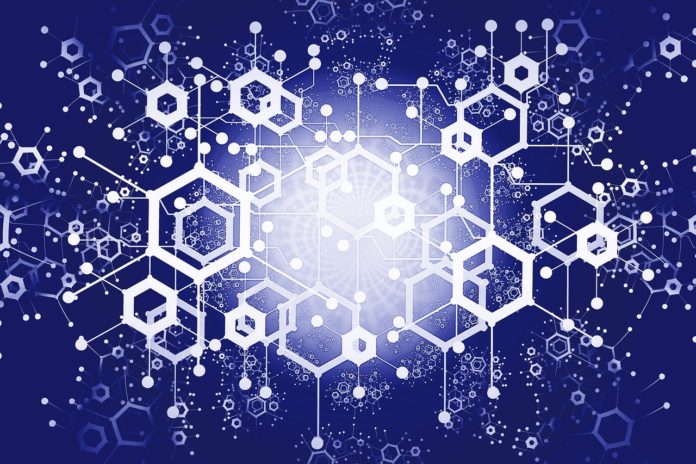 10 practices for deploying digital in a school

10 tips to reduce our environmental footprint (and a few more!)