A mathematical story in three stages

Two educational advisers, one in secondary school and the other in elementary school, set off together to discover the world of the other. Colorful feedback on the GRMS and AQEP congresses!

Our friendly special envoys discovered together the world of one, a secondary education advisor, and the other, a primary education advisor, by participating in the congresses of the GRMS (Group of officials in high school mathematics) andAQEP (Quebec Association of Elementary Teachers) in the fall of 2019. Here is the funny story of their discoveries, which probably did not fail to inspire them for the future! Good reading!

The primary-secondary linkage is on everyone's lips, at least on our own as mathematics pedagogical advisers in the same school board. We are an unlikely duo, each proud representative of their order. Mélanie is the tall brunette in high school. Catherine is the little blonde who takes care of elementary school.

This fall, we traveled the roads of Quebec together for the convention season. So grab yourself a coffee, open Google Maps and follow us!

In October, the tall brunette from high school invited me, a little blonde from elementary school, to take a tour of her world, that of BIG numbers. Imagine the angst I felt at the thought of finding myself with mathematics specialists who make cosines in rectangles and calculate cubic roots in circles.

Arrived there, the anguish gave way to the feeling felt when one entered a bar in a remote area, where you did not know a cat. Everyone seems to know each other, so you reassure yourself that you at least know the doorman. Clearly, in this congress, we are in family:

As primary-school-teacher-who-loves-stickers (as my dear colleague would say!), I surprisingly found my account in most of the workshops I had chosen. In fact, I realized that we would really benefit from talking to each other more, elementary and secondary. Indeed, several quality workshops presented manipulation activities or mathematical game sites used in elementary school and just as relevant for secondary school and the FGA.

To tell the truth, I had the feeling to be in my remote area bar and catch a glimpse of the kick of my best friend while she was busy elsewhere. Like a missed meeting, a sharing that would be rich. As if we put a border where there shouldn't be.

I'm not saying that all primary school teachers should attend the secondary school convention, but that it would certainly be interesting to see other pedagogical advisers come to draw and share ideas. After all, it was just about doing math. In addition, it was great fun to see the amazed mines in front of the activities of mosaic blocks and rods that we have been doing for decades in elementary school!

This led me to another observation: are we open to sharing with our high school colleagues? Let's say it to ourselves: there are many of us from the primary sector on the Facebook group Math differently and yet we never publish. However, we could count around a hundred people from secondary school interested in these activities. And 100, in elementary school, it's a brochure… it's a famous day… it's a celebration… In short, IT'S A VERY BIG NUMBER!

This foray into the world of high school made me want to go back there, both literally and figuratively. So I say to you: see you next year!

At the end of November, I, the tall brunette, went on a mission to primary school, like Joan of Arc with a flag in her hand and a bottle of wine under her arm. My colleague compared the GRMS to a country bar ... for my part, it is not the feeling that I had.

First of all, I was a bit shocked to find that I was the only one with my laptop in the workshops. When you arrive with your cell phone full of Desmos, Scratch and YouCubed stickers, you kinda have the impression of being disguised as pin up at a party of accountants.

On the other hand, do not panic! The organization, obviously used to troubleshooting in equipment, made sure that I would miss nothing thanks to the contents of the promotional bag: a notebook of lined sheets printed in color, a ruler, pencils, discounts, magazines and ... a children's book for participants who are members of the Association.

We laughed well, but I quickly understood why my colleague compared my convention to a country bar. AQEP is BIG. It is an association that represents thousands of holders, so she obviously cannot manage her world in the same way:

I too have attended math workshops. And, as my blonde colleague pointed out, they could all very well be presented in secondary 1. Let's face it, the students don't change that much during the summer, between the sixth year and the secondary: a little buttons, a little flabby mustache maybe… but on the math side, it's pretty similar.

For example, in high school, we really think we have to work on the basics of fractions and decimals. But they are so seen in elementary school, I never stopped to realize it. In a certain workshop I attended, elementary school teachers were 100 times better (because they are almost all women!) Than me at manipulation. The supposed secondary-specialist was made clench not nearly.

In addition, I even learned a new word: su-bi-ti-sa-tion. The blonde told me a thousand times for me to remember it. In fact, no, it's more because she participated in the workshops on neuroscience for learning. So, she applied what she had just learned by repeating it to me with expanded intervals to promote my retention (imagine, I spend my days with her!).

In the end, it was a really formative experience and the AQEP will certainly see the brunette again at a future congress for new adventures to discover elementary school!

After these experiences (and many others) of anchoring, it is clear that each congress has its color, and each order, its personality. Looks like two beings trying to " date »For 10 years, but none has taken the first steps. We really need a quiet corner to talk to and share more often.

Sometimes our improbable CP duo thinks we should open a bar somewhere between Victo and Saint-Hyacinthe. You could come by yourself and play pool sipping an aperitif spritz dressed in your prettiest kit, and you would have a lovely evening. The worst part about it is that our boss would not even be surprised!

The blonde and the brunette raise their glass of vino to your health and wish you a year 2020 filled with wonderful fortuitous encounters that will allow you to become the teacher you dream of being. Who knows? We may meet next fall, around a bag of crimps worse a good coffee! 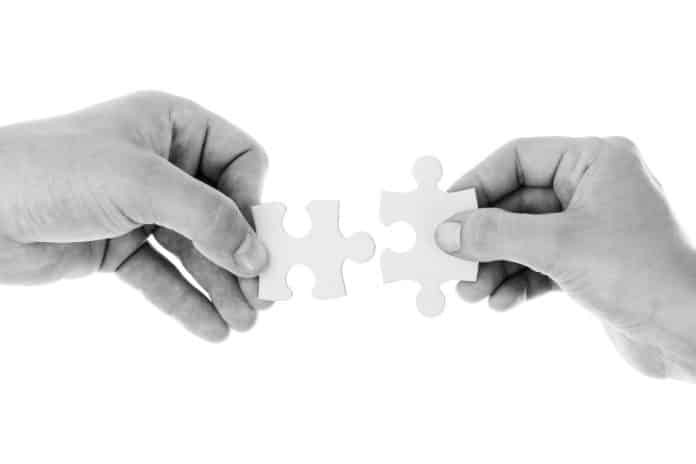 When video games make you want to write!

The CFL Challenge is back in February!

The #ÉduBrèves - special training and events