Odile Désaulnier is a Secondary 5 student from the Quebec City region. As part of a school project, she put all her heart and talent into making a video to denounce bullying in schools, using the stop motion technique. Thanks to social media, his message is heard.

Odile Désaulnier is a Secondary 5 student from the Quebec City region. As part of a school project, she put all her heart and talent into making a video to denounce bullying in schools, using the stop motion technique. Thanks to social media, his message is heard.

To all those who don't believe in the value of social media in education… Here's a story that might adjust your perception!

Odile Désaulnier's video has been circulating a lot on Twitter and Facebook over the past week. And for good reason! The work is colossal: the student made 572 drawings and invested more than a hundred hours to make his video entitled “Put on some color”. We see a young girl being bullied at school and the disastrous consequences on her perception of herself. In the end, another student comes to his aid and brings color to his life, which will certainly help him overcome the trials. The message is simple, touching, and straight to the point: don't be indifferent to these situations, you can make a difference in a victim's life.

At Rochebelle high school, we are very proud of her. “This video, produced by a student from my school, deserves to go viral,” says Sylvain Bérubé, a French teacher. His wish is on the way to come true. Indeed, in addition to the many shares on social networks, Jasmin Roy put the video in the spotlight. on the Facebook page of its Foundation. As of January 23, 7 days after it was originally posted to YouTube, the video had more than 12,200 views. The young student cannot believe her success: “It is increasing at a crazy rate, I can hardly believe it! She said on Twitter.

On January 22, Odile even is the subject of a report on Radio-Canada TV.

The stop motion technique, or frame-by-frame animation, allows you to animate objects or inanimate things. In this case, basically, it consists of making a series of almost identical drawings, showing only slight differences, and taking a picture of each one. By putting them together, we get the illusion of movement. The technique is close to the cartoon. For example, the PixStop application for mobile devices from the National Film Board (NFB) makes it easy to do this.

Here is the video: 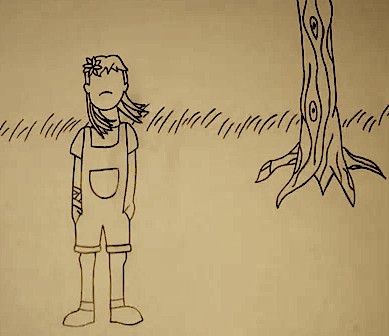 Succeed in your educational video