Our collaborator André Magny is a teacher in the summer program En français à Québec, which allows young people from around the world to experience French immersion in Québec City. What happens when these language trips have to be held online? André shares his experience with us in this text.

For 15 years, young people from Mexico, Canada and some European countries have been enrolled in the program In French in Quebec, offered by the Collège Saint-Charles-Garnier. This year, a first: COVID-19 requires, it was necessary to bring the online immersion stay to groups of a dozen students each across three different time zones. Quite a challenge for teachers, including your humble servant! Testimony.

Usually, the immersion lasts a month in Quebec City to allow young people to take advantage of the Summer Festival and the many other cultural outings. For summer 2021, everything has been set up - French lessons, optional activities, workshops, conferences, tourist capsules - virtually.

For teachers, the first challenge was to familiarize themselves with the tools in the Google suite. In principle, Google Drive, Classroom and Meet should no longer have any secrets from us if we wanted to be in the least effective!

Even though training had been offered to us, the excitement was palpable on the first Monday among the teachers. We could have heard a pixel fly in the hallway of the establishment where we were gathered. Others, braver, had stayed at their homes.

After the usual presentations and the first activity, the moment so dreaded by all - especially by me - has come: the separation of the class into small groups in different virtual places. I said to myself: "I'm sure I'm going to lose some, I won't be able to get into a room." They are not going to speak in French… the disaster is coming. "

Even though I finally had to lose 15 kg the first day - anyway, I needed it - it ended without a hitch. Everyone stayed at the post. Little by little, I got used to all these new keys and functions. Perhaps most distressing is the moment when I asked a question and 12 pairs of eyes weren't blinking.

Yet they were listening, we could see it on the screen. Shyness? Was the question in French too difficult? But no! Obviously, my microphone was off! In fact, it is a bit of all this that made it so that the answers were sometimes slow in coming: we must not forget that it is also a learning process for the students.

“I saw it as an opportunity. I wanted to improve my French, ”says Monica Beyere without hesitation. She is 16 years old. She lives in Happy Valley-Goosebay in Labrador. In his family, his brother and sister also went through immersion.

For parents from Ghana, French is an important value. His intermediate French is at an excellent level. She was supposed to enroll in the Quebec college program last year. COVID 19 has forced management to cancel everything.

Virtually rubbing shoulders with other cultures

Whether they are from Newfoundland - Labrador, Ontario or British Columbia, these young Canadians not only learn French, but they also have the chance to meet other teens from elsewhere in the world.

The director of the language workshops and international programs as well as the program In French in Quebec at the Garnier College, Luis René Ayala, has contacts with the Technological University establishment of Monterey in Mexico. According to the Quebec director of Mexican origin, “cultural exchange is an asset for the students; it ensures an open mind ”.

It's not Sanuda Jayasinghe who will contradict the director. Also living in Happy Valley - Goose Bay, he will be entering university in two years, hoping to become a doctor and thus “help people in French and in English”. He now stays in touch on Instagram with his new Mexican acquaintances. “It was very important to see another culture, because it showed me the way of life in Mexico. "

If the classic photo in front of the Frontenac castle did not take place this summer, the fact remains that the participants seem to have had the bite of French. As for me, the challenge has been met. Not always brilliantly, perhaps, but often with humor! 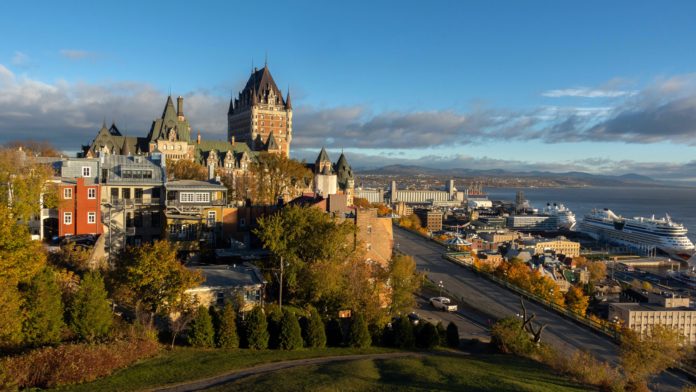