How do you become a teacher in France?

Our collaborator Marc-André Girard offers you, following his recent stay in France, clarifications as to the path leading to the teaching profession as well as to the various perspectives of professional progression.

Today, players in the world of education are called upon to collaborate across borders, and even to practice in other countries! Our collaborator Marc-André Girard offers you, following his recent stay in France, clarifications as to the path leading to the teaching profession in France as well as the various perspectives for professional progression.

According to official statistics from the Ministry of National Education, at the start of the 2015 school year, 861,000 were taught at first and second level in French schools. Note that the first degree corresponds to preschool and primary while the second degree corresponds to college and high school. The latter, spread over nearly 64,000 schools, were busy teaching nearly 12.4 million students.

The French system will recall the Quebec school organization: there is a public network in which a strong majority of students study, but there are private schools under contract, the equivalent of Quebec private schools, where parents pay a portion. tuition fees and where the state pays the other party. Finally, there is a private network at 100%, where all of the tuition fees are absorbed by the parents.

Having said that, how do you become a teacher in France?

First of all, it is important to note that the latter must follow a basic undergraduate training, called a license (the equivalent of a three-year baccalaureate in Quebec). Indeed, future masters must successfully complete an undergraduate university program in any disciplinary field. Thereafter, they have two possibilities:

In both cases, “trainee teachers” are paid at the lower end of the salary scale. Once their master's schooling is over, teachers will have to undergo another assessment (tenure) to confirm their employment status.

Teaching at the first level (preschool and primary)

In recent years, those who have been called “school teachers” have automatically acquired their Certificate of Aptitude for School Teaching (CAPE) when they are hired.

For those who want to continue their professional career, they can become trainers by passing the certificate of aptitude for the functions of teacher or teacher of master trainer schools (CAFIPEMF). They therefore become teacher trainers and this also gives them the possibility of making interventions at the ESPE and welcoming teaching trainees.

Always according to a logic of professional progression, there is also the possibility of becoming an educational advisor at the level of a district or at the departmental level. The latter work with an inspector of National Education (IEN) and no longer have a teaching load in the classroom to be able to work with teachers by supporting them pedagogically.

At the second level (college and high school (secondary))

Once admitted to the master's degree, after a first year combining training in pedagogy and internships in a school environment, the latter, if they pass the national competition for the Certificate of Aptitude for the Teaching of Secondary Education (CAPES), will be attached to an Academy, the equivalent of a school board. Indeed, there is a CAPES for each school discipline (arts, sciences, languages, etc.) and each competition is divided into four exams: two written and two oral. These are comparable to interviews with a panel of assessors conducted by the Academy. For the following year, they will be named “trainee teachers”, as is also the case in the first degree. Finally, the latter can teach at the College or the Lycée.

Those who are nicknamed “Capesians” are offered another opportunity for career advancement: they can become associate professors. They must therefore pass another competition, that of aggregation. This is a public competition, where the names of the candidates are posted on the National Education website. Once the competition is successful, the teacher will have two years of internship before being recognized as being officially certified.

In addition to the exercise of tasks reserved for them, such as for example the educational and vocational guidance of students, the aggregation allows the teacher concerned to access an honorary title, a slight reduction in his / her hours of presence in class, as well as a salary increase.

Associate teachers are mainly at work in French lycées.

It is the school principals who reach this position by passing another competition. Once appointed to this position, they are mainly assigned to the organizational management of their school: timetables and subjects, administrative obligations, planning of building maintenance, etc. They also perform tasks related to educational supervision, in support of the inspector of the Academy. They therefore have partial hierarchical ascendancy over the teachers.

The Inspector of National Education

The IEN have a double responsibility: on the one hand they are in the hierarchical line and represent by delegation the institution, the Academic director or the Rector and, on the other hand, they are like heads of establishment of all the schools. on their territory which is called the constituency.

Essentially, their task is to implement the departmental version of the national education policy in the schools of their constituency. They are the hierarchical managers of the teachers: on average, the national education inspectors are responsible for 300 teachers and 5000 students in around thirty schools depending on the territorial context. They report on their actions to the National Education Academic Services Directorate, in particular to the Inspector of the Academic Director.

Inspectors organize pedagogical days and continuing education activities, with the help of pedagogical advisers. They also ensure the management of their constituency, they evaluate teachers and teaching units through individual inspections or collective evaluations. They support teachers in their professional development and draw up the training plan for all teachers, following the ministerial guidelines set out in the return to school circular. They are also managers and perform a human resources management role. They are surrounded by direct collaborators such as pedagogical advisers and also rely on the pedagogical guidance of the principals of the schools they supervise in order to stimulate change. Finally, they are communicators and have collaborative relationships with the various school partners such as municipalities, parents, associations, etc.

This article is part of a series published by our author and collaborator Marc-André Girard, as part of his participation in the Laboratory of innovation and digital in education (LINE) at the University of Nice Sophia Antipolis.

You can read all the articles in this series here. 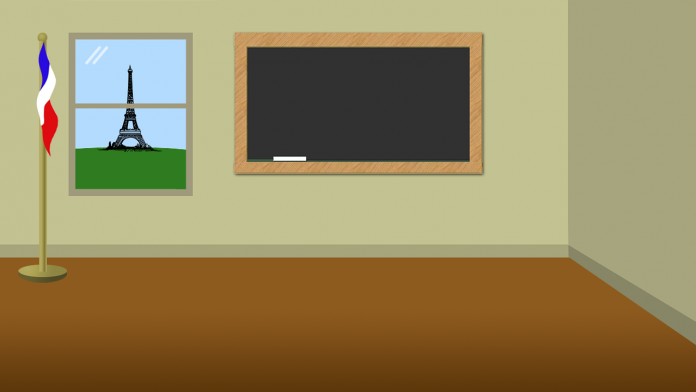