Recent work by consumer researchers within the French consortium ALIMNUM provides new information to consider about young online consumers. Researchers are now launching the idea of deploying “a form of digital consumer education”.

The case of “Facebook Files” confirms what many researchers have been talking about for a long time: social networks can have deleterious effects on the well-being of young people who use them without moderation. By comparing their life with that, fantasized, of their contacts, some would be drawn into the spiral of eating disorders, depression and even suicidal impulses.

According to a recent study by heaven agency, 37 % of children aged 11 to 12 discuss the fact that platforms can have a negative impact on their lives. Only 7 % see positive aspects in it. However, they cannot help but return there again and again.

While the age of 13 is the threshold below which French law prohibits young people from having an account on social networks, the study cited above reveals that, from the age of 11, one in two children is already present. The proportion rises to 70 % at 12 years old, and 80 % at 13 years old. To access the Internet, these children mainly use the smartphone offered to them by parents who want to keep in touch with them and monitor them thanks to the geolocation function.

Once the smartphone has been acquired, the child therefore finds himself alone, in an unknown and infinite territory, potentially dangerous when he does not yet have the cognitive capacities to stand back enough from what he finds there. Browsing the web can lead to exposure to inappropriate content (pornography, violence). What is called nomophobia can also set in insidiously (fear of losing or not being able to use your mobile).

Among the risks mentioned in the “Facebook files”, we find the problem of the self-esteem of young women. The analyzes of consumer researchers within the ALIMNUM consortium that we have just created show that the pressures of social and aesthetic norms circulating on the Net weigh more heavily on young girls. These will develop a real obsession for their appearance.

According to a recent study, 37 % eleven-year-old girls declare that they do or need to go on a diet whereas less than 10 TP1T of them are overweight. From then on, they will, for example, use the filters offered on Snapchat to improve their appearance, which they judge with severity in comparison with influencers.

A majority of children therefore explore the digital space without protection and must fend for themselves to put in place more or less effective defense mechanisms:

This feeling of insecurity could no doubt be alleviated by an adult presence or the memory of a discussion on this subject. According to the Heaven study, only 57 % parents say they regulate screen time, a figure that has increased by 8 points between 2014 and 2020, but which does not indicate monitoring of content viewed.

However, beyond the frequency, it is the practice which must also question. Many consumer socialization research underline the central role of parents in consumer education: the family is a place of learning for the child who lives there his first experiences in many areas and digital consumption should not escape the rule.

A digital education to be generalized

The question of parental mediation is therefore raised as it was at the time of the democratization of television, the consumption of which in the family living room was however not comparable to that of social media, individual and uncontrollable. Digital practices are shaking up adults' sense of expertise and inviting them to adopt new postures that necessarily require investment to better understand this digital environment.

Beyond the simple activation of technological options (parental control software, automatic storage of the child's online activities), it seems interesting to think about the deployment of a form of digital consumer education that could be inspired by the concept of consumer socialization, as defined by Ward (1974) as “the process by which children acquire skills, knowledge and attitudes related to their effective function as consumers in the marketplace”.

Several agents of socialization such as peers, school, the media, intervene in this process but it is up to the parents to transmit the basic and rational aspects of consumption and in particular:

Research on this topic show that the parent is led to take on several roles, which can be fully transposed to learning about digital consumption:

Thus, even if this process is sometimes reversed with children who introduce their parents to the use of digital tools with which they are technically very comfortable, education in digital consumption is a parental responsibility and invites them to reflect on their own practices and the model they present. Because beyond parent/child communication, children's digital learning also takes place through observations of parental practices.

Towards an emancipatory consumption

This education in digital consumption will be all the more effective if it is carried out at an early age, because the advice will be better accepted than in adolescence. It is in this spirit that several associations, such as Digital generation, intervene in schools and non-schools around the challenges and risks of digital technology in order to promote emancipatory use among young audiences.

Awareness days are thus organized in order to train students in the use of digital tools, develop their critical thinking, and give them the codes necessary to master new modes of communication in a responsible manner.

Furthermore, the latest report from the High Council for Public Health underlines that “the main determinants of the deleterious effects of screens are the socio-economic context, the level of education of the families, and even more the level of digital competence of the parents”. Hence the current reflection on the prospect of banning social networks for children under 16, presented as a measure of social justice.

By communicating with his child, inviting him to think about the emotions he feels, the adult will help him overcome the phenomenon. FOMO (fear of missing out) and calm down. It is not necessarily a question of prohibiting navigation but of setting up safeguards, at a micro (parents) and macro (public authorities) scale, to protect children by simply being concerned about what they do in digital space.

While the benefits of surfing the Internet can be real, the dangers are just as real. Work on the socialization of young consumers sheds new light on these issues of particular concern for the health and well-being of children. 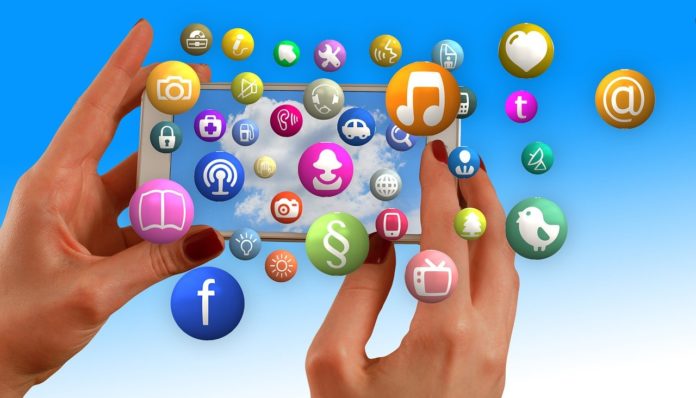