Stories of bullying strike a chord with many. It is all the same sad that a law was necessary to force Quebec schools to guarantee the safety of students in their own school. What if we went further by raising savoir-vivre to the rank of essential knowledge?

Stories of bullying strike a chord with many. It is all the same sad that a law was necessary to force Quebec schools to guarantee the safety of students in their own school. What if we went further by raising savoir-vivre to the rank of essential knowledge?

I was recently touched by the clip of nine-year-old Australian boy with dwarfism, Quaden Bayles, who is seen reacting strongly, outraged by the bullying his classmates put him through. It's rare that I'm moved by a clip that goes viral on social media, but this time around, it struck a chord.

October 1984. This is the date when everything changed for me. For some it's the date I started to get tough, but it's also the date I learned that people, no matter how old they are, can be really mean.

I didn't know my life was going to change

I had been nine years old for barely two months. My father worked for the government and was the director of provincial parks. His job required him to travel all over Quebec and we finally moved to the Montreal area when he got a promotion.

October 1984. I had to change schools when the year was well started, since we were moving. I didn't know my life was going to change. At this new school, the children living in the neighborhood were in the same class since kindergarten. Their circle was closed and there was no room for a new kid. In this school, at least within this group, newcomers were systematically bullied. I, who had never been the victim of any wickedness, was about to taste it.

Very quickly, I made myself known as "the con". At recess, I would get beaten up. I was systematically the last chosen in the teams during the physical education class or during the lunchtime activities. Still, I was good, athletic and fast. I was one of the only people who could kick the ball across the fence to kickball. What played against me was that I was the last to arrive.

I walked about 800 meters to go to school. When I got home, I was chased through the streets to the crossing guard. Besides, I had to walk in front of the house of the guy the most cool of the school who was, of course, the chief bully. Alexander. Every time he would run after me to fight or throw me hard chestnuts with his friends. I was protecting myself, but I was not defending myself. I had never been confronted with violence in my whole life, I didn't know how to react. Sometimes I came home with bruises, which I obviously hid from my parents.

I had always been first in class, but now my grades were drastically dropping. I remember getting 44 % on the mathematics report card. The teacher told my parents that I had problems and that I should be followed in remedial education. My father, exasperated, replied without too much restraint: "I think it's you who have a problem"! In fact, the teacher witnessed intimidating acts every day, but she did not intervene.

One evening, I exploded.

One evening, when I got home from school, I exploded. My father asked me why I tolerate the violence imposed on me. I repeated to him that he had taught me not to fight and to find peaceful solutions to conflicts. This time, he explained to me that this teaching had its limits and that I had to defend myself when I was attacked.

The situation changed the next day when I took my courage in both hands and defended myself when Alexandre attacked me for the umpteenth time. I gave him a correction in front of all his friends. Having to show up to school with a broken eye will have had the effect of calming him down and offering him a lesson in humility. Unfortunately, violence was the solution to my problems and allowed me to gain respect in the group. Sad.

Violence was the solution to my problems. Sad.

I started making friends, I was picked from the top of the teams, and my grades started to rise. Violence and intimidation have given way to integration. I dressed like them, I went to the same parties as them and I was finally "normal". Yet before that, the only thing that set me apart was that I was the new one!

Unfortunately, the situation improved not only because I used violence to overcome the one imposed on me, but also because another “new” joined the group. So the problem shifted to another nine-year-old. Sad.

Today, I have been working in education for twenty years. I am very sensitive to these situations. The story of Quaden Bayles touches me, no matter how old he is and the debate on the merits of the story. That of the young Marjorie Raymond had also moved me and it is from this tragic moment that politics interfered in schools to, eventually, adopt a law to prevent and combat bullying and violence in schools. I welcome the initiative, of course, but I find it sad that we need a law to take concrete action and guarantee the safety of our students in their own school.

The school should be a loving nest, a place where young people develop with the guidance of both dedicated and competent adults and, just as important, where they socialize with their peers. Today, even if our elementary and secondary school students seem more respectful towards their peers than we were at their age, the fact remains that we must always be vigilant in the face of violence and intimidation. which, from now on, are transposed in a more insidious way thanks to social media.

School is a service environment for our young people and even, to a certain extent, their parents. There is increasing talk of helping student bullies. This is a good thing, in addition to the help traditionally offered to students who are victims of violence. Beyond that, what matters to me is educating our young people in openness, tolerance and acceptance of the realities that they are not always able to fully understand. It seems essential to me that young people can not only develop disciplinary skills, but above all, human skills, those that will make them exceptional people, real leaders in their community. Knowledge, interpersonal skills and know-how are important, but more and more, “savoir-vivre” must also be part of the “educational equation”. 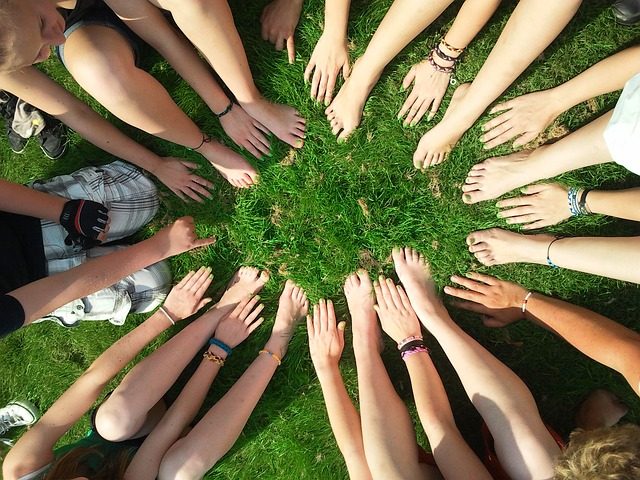 (Discover #Edteq) Optania: welcome to the era of benevolent technologies