If there's one thing we still don't know exactly, it's the effects of wifi waves on health. Parents in Ontario are therefore opposed to the deployment of increasingly powerful wifi infrastructures to support the growing technological needs of the Peel School Board.

If there's one thing we still don't know exactly, it's the effects of wifi waves on health. Parents in Ontario are therefore opposed to the deployment of increasingly powerful wifi infrastructures to support the growing technological needs of the Peel School Board.

The Peel School Board, near Toronto, is the 2e largest school district in the country. Yesterday, parents gathered to distribute information leaflets warning of the effects of too much wireless wave concentration.

In fact, the Peel School Board has chosen this year to encourage young people and staff to bring their own digital devices to class, in order to reduce the costs of acquiring new equipment and promote the use of these technologies for education. learning. However, with the increase in demand on the wireless network, the district must install much more powerful infrastructure. “Parents have a right to know that wireless radiation exposure can be the cause of symptoms like headaches, nausea and increased heart rate,” says Frank Clegg, former president of Microsoft Canada now at the head of the Canadians for Safe Technology (C4ST) movement.

The group recalls that two years ago, the World Health Organization (WHO) declared that wireless radiation could possibly be carcinogenic. In addition, in October 2011, Health Canada issued a recommendation concerning the reduction of cell phone use among those under 18 years of age. Since then, Ontario's two largest teachers' associations have called for reducing the presence of wireless devices in schools.

For its part, the district says security is its priority, even when it comes to wireless technology. On his site, a page explains the institution's position and lists the references (including Public Health Ontario, Health Canada and WHO) which state that no direct link has yet been officially established between wireless radiation and negative health effects . Nevertheless, it seems that Health Canada's recommendations date from the 1980s. According to the C4ST collective, Russia and China have standards 100 times stricter at this level than Canada.

Conflicting fact, the C4ST group claims the Peel School Board's new facilities are several times more powerful than a home router, while the school district claims they are less.

We can see that the debate is likely to continue. Have you already had (or are you experiencing) these concerns in your communities, and what are the preferred orientations? Participate using the form below. 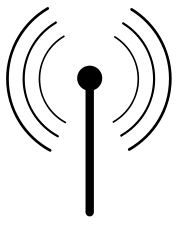 A fully online school is born in Ontario