Jérôme Desjarlais-Lessard and Annie Turbide from the Service national du RÉCIT, in the field of personal development, offer a host of activities to address social media and its issues in the classroom. The themes are numerous: from private life to body image, including political engagement.

In a conference presented as part of the Digital Education Day, Jérôme Desjarlais-Lessard and Annie Turbide from the Service national du RÉCIT, field of personal development, wanted to offer teachers a host of activities to address social media and their issues with their students.

At the start of the presentation, the two hosts presented some statistics to remind us of the omnipresence of social media in our lives. In 2020, social media gained 490 million new users. On average, a user takes between 3 to 7 minutes to respond to a notification. Users scroll around 93 meters of screen on average per day, which is equivalent to the height of the Statue of Liberty.

The facilitators then offered participants a series of questions to answer using the Wooclap application. The objective was to compare the perceptions related to the use of social media by young people and the actual statistics published on the subject. This was intended to put into perspective the time that young people spend in front of their screens and to remind people that it is necessary to show nuance in any interpretation of a situation.

Moreover, they insisted on the fact that one should not generalize when comparing the use of digital technology by young people and their level of competence. “There is a significant cleavage between young people depending on where they belong. But, it is still possible to say that they learn by doing, they are part of a generation which experiments and which discovers together, ”argued Annie Turbide.

During this presentation, several themes were covered, such as the link between anxiety and the use of social media, concentration (or loss of…), friendship, aggressive behavior, etc. They are all here in the presentation support. Here are a few, with activities available on the website Citnum.ca.

Distinguish between addiction and excess

“Even if we find that young people make excessive use of social media, that does not make them addicts. In fact, less than 5 % of adolescents are really dependent on technologies ”, reminded the two facilitators.

It should not be forgotten that for teenagers and even more and more adults, online activities are quite simply a part of everyday life. We are witnessing an integration of real life with online life.

On the other hand, excessive use can affect a person's daily functioning. It becomes relevant to get young people to think about their uses and the time they spend online. “Let’s educate them instead of banning,” said Annie Turbide.

Secondary: Screen time, that hot potato / My time: my choice?

“You can get the impression that teens are exposing their privacy online. However, 81 % of Canadian students say they understand the consequences of making information public online on platforms such as Facebook or Instagram, ”notes Jérôme.

In addition, a European study reveals that 76 % of young people have private accounts on social media, which they reserve access to their friends.

Secondary: In your face / Big Brother / Public or private?

“Young people are no less politically engaged than we could be. They are just in a different way. For them, social media is becoming a political networking tool. They will get involved in causes and relay their opinion online. These are sometimes specific causes, which may be ephemeral, but which are important to them. One thing is certain, they are not interested in official "structures", "said the two hosts.

Secondary: (Revolution? / I look, who pays?

“The use of social media can certainly have an impact on the body image of adolescents, but the impact can be both positive and negative. Likewise, contrary to popular belief, it can affect both girls and boys, ”explained the two hosts.

While social media can lead some young people to have negative perceptions of their bodies, they are increasingly aware that photos shown to them online are being altered. This would fuel their skepticism and therefore lessen the negative effect on body image. Also, being exposed to images of "plus size" models would lead to greater bodily satisfaction and less comparison among young people.

Many other resources are available on the site Citnum.ca, in particular the series of five episodes of the podcast Modern times, which deal with hyperconnectivity and screen time.

You can also consult the full presentation which contains the link to all the resources mentioned during the conference. 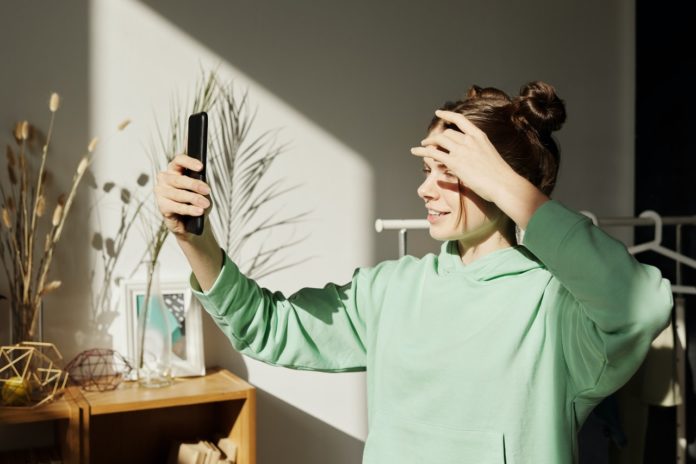