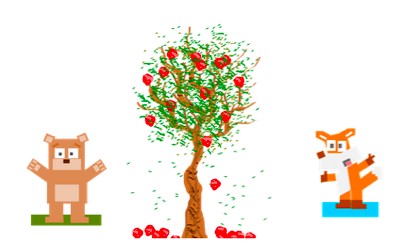 The #DéfiAlphabet "Autumn in the world": a collaborative primer

The #DéfiAlphabet is a superb collective project that saw the light of day last fall thanks to the power of the Twitter network. This is an alphabet book entirely created by pupils from kindergarten to grade 3 of primary school, from around thirty “#twittclasses”.

The #DéfiAlphabet is a superb collective project that saw the light of day last fall thanks to the power of the Twitter network. This is an alphabet book entirely created by pupils from kindergarten to grade 3 of primary school, from around thirty “#twittclasses *”.

In September 2014, the teacher Brigitte Leonard launched on Twitter the idea of making small written productions broadcast on the network in order to work on the letters of the alphabet with the pupils. “My idea was vague at first, but with the collaboration of several teachers, including Nathalie Laroche, Isabelle Jennepin and Manon Roy-Richardson, the small idea became big, to arrive at a project of creation of a collaborative alphabet book! », Explains Ms. Léonard. The #ChallengeAlphabet was born!

Thus, the twinned classes collaborated on the writing, sound recording and illustration of the book. The little ones had the first task of finding 15 to 20 words starting with the letter that had been assigned to them, to then Tweeter to their twins, a class of "grown-ups". These “grown-ups” were in turn to compose a small text with an autumn flavor, taking care to integrate these words.

Then, following the writing phase, the “grown-ups” proceeded to the audio recording of their text via Soundcloud and returned it to the children who, for their part, carried out the last step by creating the illustrations.

To learn more about the detailed process and see concrete examples of the expected result, read the report by Brigitte Léonard on his site.

The 32 participating classes (all recruited in 1 week!) Came from several countries, including Canada (Quebec, New Brunswick, Prince Edward Island), France, Belgium and Switzerland. In total, more than 600 students collaborated. At the same time, a Facebook group was formed so that teachers can discuss before, during and after the project.

The interactive alphabet book will be officially unveiled during the Meeting of French-language schools in the network (REFER), next March 20. It is to be continued!

* the name "twittclass" represents a class which has an online presence, for example through its teacher, and which uses it for teaching and learning purposes. A site is theirs devoted here.

Aspiring Tweeter and Tweeter, tell us the power of words!