This survey sheds new light on the factors that influence elementary and secondary students' interest in S&T in school.

SHERBROOKE, QC, Oct. 16, 2015 / CNW Telbec / - In Quebec, as elsewhere in the West, elementary and secondary students are less and less inclined to choose studies leading to trades in science and technology (S&T) . This gap in the development of scientific culture, at the same time when the demand for knowledge in these fields is increasingly strong in society, is a worrying observation for the economic and social progress of Quebec. A survey co-produced by researchers from theUniversity of Sherbrooke and the University of Quebec in Montreal (UQAM) sheds new light on the factors that influence elementary and secondary students' interest in S&T in school. Its results are already enabling researchers to design tools and support teachers in finding solutions to reverse the trend.

The survey carried out by the Research Chair on the interest of young people in science and technology (CRIJEST) with 2,571 students in 40 schools in eight Quebec school boards, drew up a detailed portrait of students' perceptions and the importance they place on S&T.

Several aspects studied by the survey obtained overall high results, including the dimensions "interest in S&T in school", "interest in S&T in society" and "sense of effectiveness"1. S&T subjects arrive at 4e rank of those considered the most important, easiest, "favorite" and those that parents talk to students about the most at home.

In addition, the researchers find that the studies necessary to access a profession in S&T are perceived as "difficult" and "not accessible to just anyone". Thus, less than half of the students questioned by the survey stated that they intended to study for a trade related to science and technology.

In particular, the research made it possible to describe a tendency to lose interest in S&T, during the primary-secondary transition, for most of the elements of the survey. There is also a progressive loss of the relative preference given to mathematics.

Interestingly, we notice that in the majority of the aspects taken into account in the study, the differences between boys and girls are generally marginal, with the exception of certain precise angles ("feeling of effectiveness in S&T1 "; "Ease perception of physics-chemistry, technology, and earth sciences"). "Our comparative results according to gender indicate much less marked boy / girl differences than those of other international studies," explains Professor Patrice Potvin, from the Faculty of Education at UQAM, co-holder of CRIJEST. .

The survey made it possible to identify several predictors whose influence on the student's future level of interest was confirmed. The quality of teaching methods is of course one of these predictors, but we now have a much better understanding of the role of other factors such as family participation in scientific culture activities, the pupil's perception of S&T in relation to other disciplines, etc.

Thus, one of the most promising conclusions of the survey concerns the approaches which engage the pupil intellectually. "Our most interesting finding is that among all the methods which seek to stimulate the student's interest in S&T, the most effective seem to be those which bring about an intellectual commitment before the start of teaching activities. », Explains Professor Abdelkrim Hasni, from the Faculty of Education of the University of Sherbrooke, co-holder of CRIJEST. In other words, we must create an attitude of curiosity and openness towards science before or from the beginning of the school program, and before the steps of experimentation and manipulation. The limited effect of the latter, in the absence of intelle engagement! ctual preliminary of the pupil, must also be underlined. We can see here the key role of parents and the recourse to contextualized teaching making it possible to link learning to the student's life and environment. "

This report is intended for all those involved in science and technology education at school. The issues it develops and the results it presents help guide the interventions of school stakeholders (teachers, guidance counselors, educational advisers, school administrators, etc.) and parents with students. The results will also be useful for local (school boards) or provincial decision-makers, and may inform decisions relating to the teaching of this disciplinary field.

As for them, the researchers and their teams are already back in the field, where they equip teachers, observe the progress of activities and measure the effectiveness of the procedures implemented in the classes. Second cycle training courses on pedagogical practices likely to have an effect on students' interests are already offered to teachers. The results are extremely promising.

“Science and technology education involves issues with far-reaching implications for modern societies,” the researchers conclude. In the West as in developing countries, the presence of a rich scientific culture facilitates the exercise of enlightened citizenship and underpins social progress as well as technological, industrial and commercial progress. Hence the importance that we must give collectively to questions relating to science and technology education in schools. In the demographic context that we are now experiencing, this is an issue that concerns us all. "

The results of the survey are available on the CRIJEST website: www.crijest.org 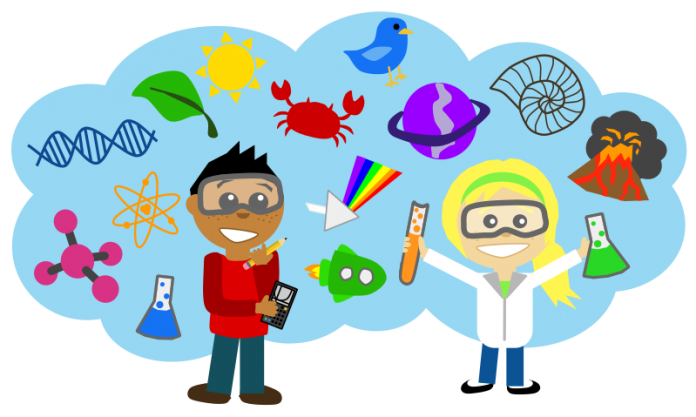