For beautiful and efficient schools: the recommendations of the Lab École

The École branchée was invited to the media launch of the publication Thinking about the school of tomorrow, on April 10 in Quebec City. Here is what we learned.

The École branchée is looking for a sales representative (heart and fire!)

The École branchée is looking for a pearl to take care of its people! (elsewhere we say: Administrative assistant)

Flexible planning pedagogy: Pedagogy above all else

The Lab-School to create inspiring schools

According to the co-founders and site managers of the Lab École, Pierre Thibault, Pierre Lavoie and Ricardo Larrivée, this is the first time that so many stakeholders have come together in order to secure the architectural design of a school, including its outdoor courtyard, to its educational project. The recommendations of the working group are presented in the book Thinking about the school of tomorrow, which was launched on April 10, 2019. It also aims to be a kind of alphabet whose objective is to influence the revision of the usual framework for the construction and renovation of Quebec schools.

The actors involved in the Lab School explain that they wished to list and propose the best practices discovered here and elsewhere.

"It is inconceivable to continue to keep the traditional model of the school as a building," says architect Pierre Thibault, one of the three co-founders. The positive impact of the presence of nature on the site is undeniable, according to him. In Sweden, for example, you don't see asphalt in the playgrounds. First and foremost, we see trees and greenery. There would even be a sort of ratio 1 pupil = 1 m2 of "nature" around the school.

He also claims that it is impossible for anyone to sit for 6 hours in a row in a chair without moving. In addition, we know that collaborative work is facilitated by suitable places of learning. Those involved in the Lab School's Physical Environment workcamp therefore recommend planning places that communicate as much as possible between the classroom and the other areas of the school. They also recommend alcoves designed to promote moments of individual work.

Mr. Thibault explained that studies show that the development of a sense of community among young people is favored by having the possibility of meeting one's peers on a regular basis. He cites as an example the interest of bleachers in the school as a space for socialization, a place open to welcome or wait for the other.

Plus, natural light is something the immune system needs. Classes without windows should therefore be avoided at all costs. The group also advocates the sobriety of the walls rather than the over-stimulation caused by too many colors or displays. We should aim for the right mix to promote concentration in order to have a positive effect on the quality of life of students, but also that of teachers.

For its part, the team responsible for studying more specifically the application of a healthy and active lifestyle, whose ambassador is the athlete Pierre Lavoie, also went there with its recommendations. Of course, they first thought of the gymnasium, a large place dedicated to physical activity at school. They studied the possibilities of noise reduction, optimization of storage space, light.

They also asked the children where they like to be when they are in school. The young people very often answered very candidly: outside! Hence the importance they gave to the study of playgrounds.

The WHO standard, recalls Pierre Lavoie, is that a young person of school age moves 1 hour per day.

Advanced ideas: an outdoor shelter to stay outside even when it rains lightly, spaces to promote outdoor classes, etc. On this last point, Pierre Lavoie reminds us that physical activity is not an issue reserved for physical education teachers. All teachers may have an interest in going outside with their class, or at the very least favoring the arrangement of their class to encourage movement (whether it is their own or that of the students).

Food workshop: healthy eating, a movement that can come from school

The third Lab School project, that of food, is part of a desire to promote learning outside the curriculum. Ricardo Larrivée, for example, believes that a school with a kitchen should not limit its use to the sole period of preparing dinner in the cafeteria, then lock access when the private caterer leaves. This place can be a source of multiple learning, as is experienced for example Au Millénaire, a school of the Rives-du-Saguenay CS.

For his part, Mr. Martin Fréchette, director of a school in Maskinongé targeted for an overhaul in the spirit of the Lab School, is also of the opinion that the promotion of healthy eating habits is essential. “Children will become multipliers of healthy habits,” he says, recalling the recycling awareness movement in the 1990s, which came mainly from primary schools and which led to a real change in our habits.

Make our schools a collective pride

In closing, Ricardo Larrivée made a vibrant appeal to society as a whole, recalling that in history, communities have made cathedrals, then museums, their pride. How about the schools tour now? “We also clearly want to raise awareness. For example, never again accept that a school be built on a freeway junction! "

“We want students who move more, who collaborate well and who eat better. Curious young people, open to the world and sensitive to environmental issues and their community ”summarizes Martin Fréchette. He adds: “At 21e century, rows of onions don't work. The building currently is a constraint to educational innovation ”.

Although the team is aware of a necessary revision of the budgets usually reserved for the construction and renovation of schools, we can say that it really gave itself the taste to dream, without barriers.

“The perfect school already exists in Quebec, but in parts. To get an idea of what it might be like if all these pieces were in one place, check out the document Thinking about the school of tomorrow.

African proverb heard during the presentation : A falling tree makes more noise than a growing forest! 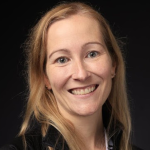 I & #x27; subscribe!
Previous articleBayard Jeunesse magazines, allies of teachers for over 40 years!
Next articleSurvive on Mars: survive, rebuild, explore