Each year, OPEQ collects thousands of electronic devices that have already had their first life in federal and provincial departments as well as large companies. Desktops, laptops, tablets, cellphones and printers are upgraded by a team of computer technicians. - Infomercial

Like most organizations, the organization Computers for Schools of Quebec (OPEQ) saw the course of its activities completely turned upside down last March. After a period of turbulence, the team got back on its feet and saw new projects emerge in line with its raison d'être.

Present in Quebec schools since the 1990s, OPEQ has a dual mission, that of promoting the reuse of computer equipment while participating in the support and integration of young technicians into the labor market.

Concretely, each year, the organization collects thousands of electronic devices that have already had their first life in federal and provincial departments as well as large companies. Desktops, laptops, tablets, cellphones and printers are then upgraded by a team of computer technicians mainly made up of young people in training, thus offering them a first concrete experience of the job market.

During this process, OPEQ does not skimp on the security and confidentiality of any data that may have been on the given devices. Erasure protocols are rigorously applied.

Once repaired, the devices are redistributed to those who request them. The recipients are mainly primary and secondary schools in Quebec, non-profit organizations (Carrefour jeunesse-emploi, Maison des jeunes, etc.). For the past three years, low-income families have also been able to receive devices when the request comes from an educational establishment or a community organization.

After fearing for the continuity of its activities, OPEQ saw its market grow considerably. Its mission now takes on a whole new meaning with the massive deployment of distance education.

“You should know that device donations suddenly stopped in March. At the same time, we began to receive a large volume of requests from schools that organized distance education and wished to equip their students who did not have a device at home. Our inventory was at its lowest, ”says François Paré, market development advisor at OPEQ.

Thus, in eight months, OPEQ delivered 11,400 refurbished computers, nearly half of which were directed to low-income families. More than 1,000 college and university students also received devices. “This niche is completely new to us. There are more students than you might think who don't have a personal computer, even at these levels,” says Paré. His organization also distributed headsets and cameras, which is also new.

In addition, OPEQ recently managed the reserve of equipment acquired by the Ministry (more than 30,000 devices) for service centers and school boards in Quebec that have new needs due to the confinement of certain students. “We take care of the reception, the storage and the distribution to the schools. This is an exciting challenge for our young employees. »

The Computers for Schools program (OPEQ) is also offered in other Canadian provinces and territories. Find out about providers. 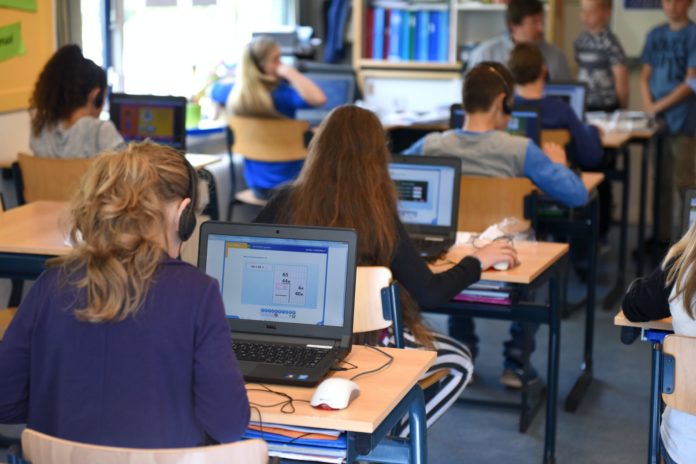 1.5 million computers donated to Canadians through Computers for Schools

The Kano: a computer for young people, to build and program yourself