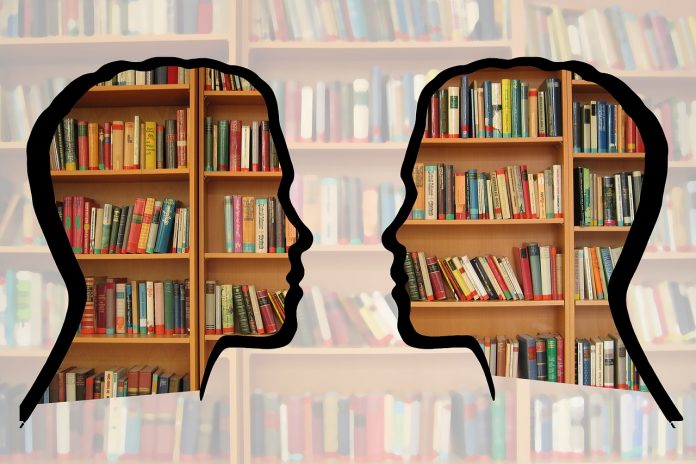 The playful entrance is the most intriguing of the eleven. Like a chameleon, she continually transforms into the classroom. From objects that the child and the teacher used to manipulate in ancient times, we are slowly migrating, in teaching, to new realities which will soon be used by nanotechnologies.

Nowadays, young people learn to read, write and even code.

When the game or playful entrance appeared in classrooms, they were first reprimanded on the pretext of being a source of distraction. It - the game - was quickly rehabilitated by humanist (Rogers, Maslow), constructivist (Piaget) and socioconstructivist (Vygotski, Luria) currents. In the name of educational differentiation (Tardif, Perrenoud) and the advent of communication technologies, the anchoring of play in learning and teaching has become a fact. In the classroom, the playful entrance is now a multifaceted essential. The child plays with blocks, with a computer, but also with realities. The three realities - the virtual, the augmented and the mixed - are becoming part of the world of learning and of teaching in a galloping fashion. The development axes are multiple.

The target of our reflection for this article is augmented reality in reading. This is more and more popular in children's books and in science.

A question arises: how to ensure a harmonious transition between the past and the future with this new reality?

In the 1980s, the book had been augmented with tactile input, the one we touched with various forms. We quickly got bored of it for lack of interest. At present, immersion in augmented reality should, after all, respect the variables that ensure a smooth transition for the learner. 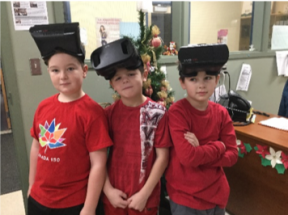 The animated book is gradually entering the classroom. It integrates virtual information such as images, videos, three-dimensional (3D) objects, thus transforming the physical representation of a child reading.

The latter now reads with virtual reality glasses, a book, a tablet, a phone, etc.

Young people increasing the books in their library

This year, at the Franco-Terrace Catholic School, students from 2e and 3e years who have reached the required thresholds in reading before the end of the year of their level participate in a program according to the axes proposed by the Renzulli triad.

With Dr Handy, their director and resource teacher, they become partners and initiators of a transition between library books and animated books. Thus, they produce augmented books, in collaboration with a friend from their class. Each book invites the reader to explore one of the following reading strategies:

Once a week, they read the book, make a comment, record it on YouTube, and build a QR code that they paste into the book. A tactile circle on the cover indicates that the book is increased.

The books thus identified offer the next reader information based on reading strategies to encourage them to read it, but also to revise the strategy. At the library, each child can take turns using the iPad to explore the books augmented by the students as well as other augmented books from the Animated Histories of France, Dinosaur or Téo and Léonie de Belgique series.

A bridge between the past and the future

This strategy can facilitate the transition from the millions of books in libraries, which are less and less borrowed, and the current animated book of the beginning of the third millennium.

This project establishes a bridge between the past and the future. If you have a QR reader on your mobile device, place the camera on the QR opposite and you will see an example. 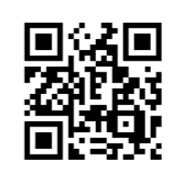 Solidarity between readers takes pride of place in this initiative which, we hope, will eventually make children in every library in the world! This is a great opportunity to give a new vocation to older books that are often forgotten on the shelves of school libraries.

The animated book of the future will undoubtedly also offer a hologram. For the moment the 3D images are still glued on the book, but tomorrow, these holograms will move in order to entertain us in our reality as some applications already allow such as Increase.

The book changes and the readers adapt. Reading is enriching your life!

Marie-Jacquard Handy is principal and resource teacher at Franco-Terrace Catholic School in Terrace-Bay, Ontario. She holds a doctorate in didactics from the University of Montreal and several years of experience in Franco-Ontarian schools.

Teachers' opinions : what are the best tools of Alloprof?