Media censorship in Turkmenistan thwarted by the internet

On April 28, the President of Turkmenistan won a race and then fell from his horse. He subsequently banned the dissemination of this information in the country. However, the images have traveled the world. A case of press censorship to analyze ...

Turkmen President Gurbangouly Berdymoukhamedov, known for his passion for horseback riding, fell from his horse after winning a race, The video was posted on the web, but the incident was completely glossed over by the media in that country .
"The Turkmen media reported in detail - with the exception of this incident - of President Berdymoukhamedov's victory in this kilometer-long race which brought him $ 11 million, a sum immediately paid by the winner to a foundation dealing with horses. "(La Presse)
Let's take this opportunity to discuss press freedom and the influence of the Internet on the way information circulates. After all, while the whole world knows the story, the locals have no idea what happened in this race unless they witnessed it.

At the end of the activities, the student will be able to:
- Consult various news sources, including one in English, for information;
- Locate Turkmenistan on the world map and name its borders;
- Identify the political regime of Turkmenistan and its main characteristics;
- Reflect on the role of the Internet in the dissemination of information;
- Become aware that freedom of the press is a right that is not respected everywhere;
- Reflect on media censorship;
- Write a short text on what marked him the most in the activities.

ACTIVITY 1: Analyze the news to better understand it

To introduce the activity, watch the following video from the YouTube site.
>> Link to the video ...
It lasts 1min47, but the first 30 seconds will be enough. Ask students to describe what they see there.
- It's a horse race.
- A rider falls just after crossing the finish line.
- We're coming to help him.
- And… that's not all bad!
Tell them that this race took place in Turkmenistan, a Central Asian country ruled by a presidential regime in unique part. Add that the rider who won the race, but whose horse fell just after, is the president of the country. So far, nothing extraordinary.
And yet… no local media could mention the event and the video was not broadcast! A blatant case of media censorship of a leader who, according to reports, has a personality that does not tolerate failure.
Suggest that the students read some articles about this event.
Article 1
Turkmenistan: President's fall from his horse censored
Appeared on the Radio-Canada website on May 1, 2013.
Article 2
Turkmenistan: the president falls from his horse, the video gallops
Published on Le Monde.fr, May 1, 2013.
Article 3
Turkmen Leader Takes Fall In Horse Race
Appeared in Gündogar, May 1, 2013. Interesting perspective from an alternative media campaigning for democracy and respect for human rights in Turkmenistan. In English.
Article 4
Personality cult runs at full speed in Turkmenistan
Published on the 20 minutes.fr website, April 29, 2013.
To guide the reading, ask students to find answers to the following questions:
- Where is Turkmenistan located? Which countries border it, and what are its natural borders? What is its population? What does it compare to?
- Who is its leader? What political regime does he apply?
- What was the headlines the day after this race?
Validate the answers orally and visit the site together Google maps to observe the territory of the country.

ACTIVITY 2: The role of the Internet

Discuss with your students the role of the Internet in spreading this event around the world. What would have happened if the Internet had not existed?
Suggest that the students discuss 5 minutes in teams and write down the key points of their discussion. Then, as a large group, go around the teams to share the thoughts.
Keywords: social media, mobile devices, etc.

Ask the students: “Imagine the scene, you are watching a horse race and all of a sudden a horse falls and its rider is thrown violently to the ground.
What would be your first reaction? Worried about his health or laughing at him? "
(Hopefully they will respond in favor of worry! If not, ask them to explain their reaction!)
"So why is the President of Turkmenistan so keen to hide this episode if the awkwardness does not come from him?" (Point out his personality traits, advocating courage and the fact that he does not know failure.)
Show the Reporters Without Borders table, ranking the countries of the world according to freedom of the press. Where is Turkmenistan located? You can then read the country sheet on the press freedom situation. It explains the very restrictive conditions of practice.

If desired, you can continue thinking:
- In your opinion, why does a country come to want to control the information conveyed in the media?
- Are there cases, in your opinion, where this would be positive? For example, should televisions be banned from showing bloody people after a disaster (for example, the Boston Marathon explosion)?
Finally, invite the students to write a short text recalling the elements that particularly marked them during the discussions on this subject. They can publish it on their personal blog (or digital portfolio), or on that of the class, to keep traces of the activity.

Censorship, Allô Prof file
Censorship is a limit on freedom of expression.
The media and freedom of the press, In-Earth-Active Network
Educational sheet on freedom of expression and freedom of the press, two freedoms protected by the Universal Declaration of Human Rights but which, in fact, are very often violated. Students will be able to understand the importance of having free access to information and diversified sources in order to have an enlightened view of the world around us. 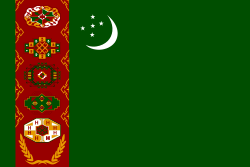 Some observations on Finnish school culture