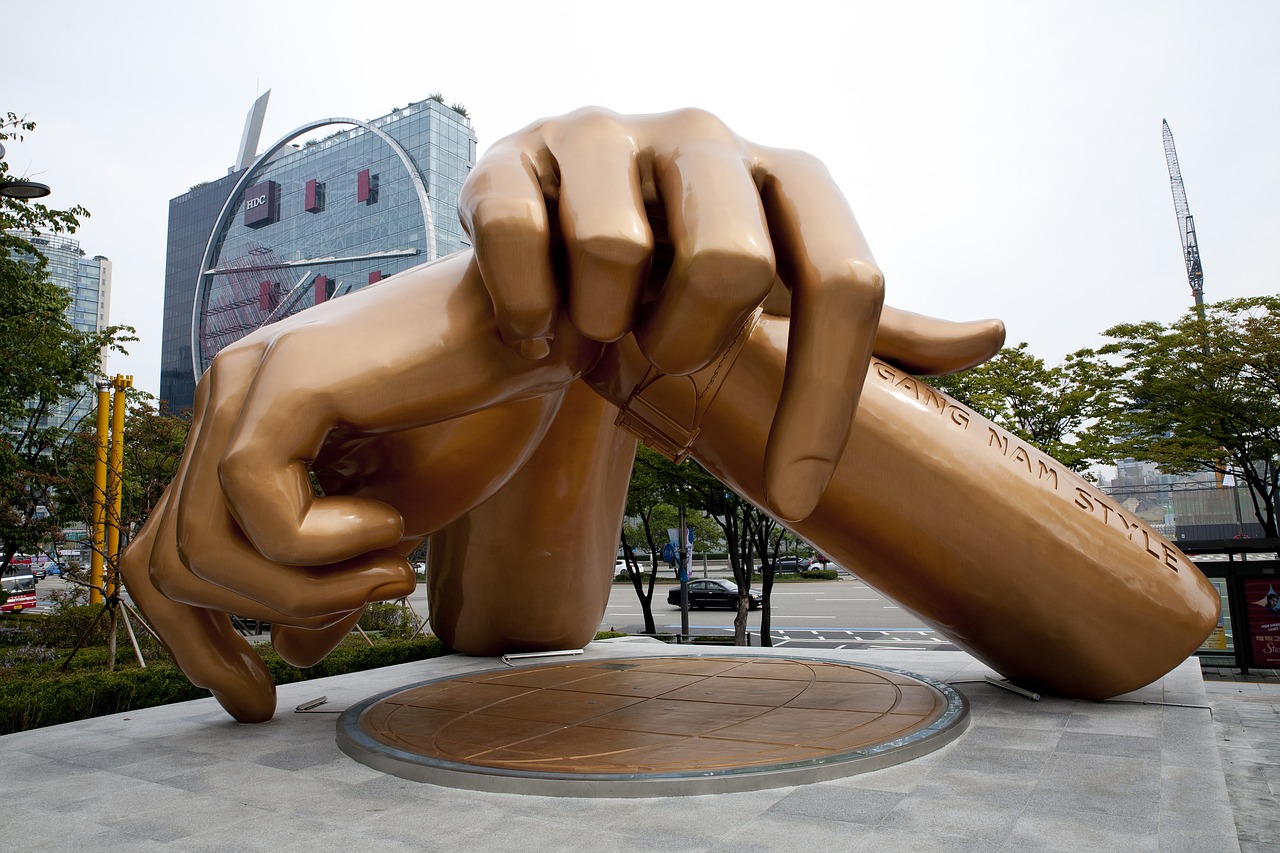 Like it or hate it, "it's a massive hit, on a global level, unlike anything we've seen before," YouTube officials said. It is also a phenomenon that deviates from the standards of Asian pop culture.

“His music video, which parodies the life of the idle wealthy of Seoul's upscale neighborhood, Gangnam, has been imitated and hijacked by the students of the very select British boarding school in Eton, the students of the prestigious Massachusetts Institute of Technology (MIT) and many others. anonymous groups. "

And that's without counting Hugh Jackman, Barrack Obama, Ban Ki-moon, Madonna, Ronaldo, and many others who had fun taking the steps of the funny choreography.
Let's take the opportunity to study some notions related to it, from near or far, such as the concept of acceptance and how others judge us according to our musical tastes.

At the end of the activities, the student will be able to:
- Consult current affairs articles to familiarize yourself with the subject;
- Describe the style of a song, both musically and in its lyrics;
- Describe the phenomenon of K-pop;
- Identify the satirical elements of a music video;
- Express your opinion on the song and describe your musical tastes;
- Reflect on the role of the circle of friends in defining their musical tastes;
- Enrich a concept map to summarize the things learned in the activities;
- Use the Internet effectively to find information.

The first activity is to make sure that the students understand the magnitude of the “Gangnam Style” phenomenon. They should put aside whether they like the song or not and gather information that will enable them to answer the questions that follow.

Gangnam dethrones Justin Bieber on YouTube  (The Press)
A chubby South Korean singer, unknown outside his borders until this summer, has now become a global star, whose video is since this weekend the most watched in the history of YouTube.
Psy will be honored by South Korea (The Press)
The South Korean Ministry of Culture will give one of its highest awards to singer Psy, author of global hit Gangnam Style and a music video seen millions of times on the internet, he announced.
Gangnam Style the world's most viewed music video on YouTube (Le Figaro)
He was unknown four months ago. South Korean viral hit Psy, Gangnam Style, has been around the world. The links at the bottom of the article allow you to learn more about the choreography, the unexpected success, the tour which should begin in Paris, etc.

- What is the song Gangnam Style about?
- What language is she in?
- What's his style? (musical style, lyric style)
- Where is the Gangnam district? Use Google Maps to locate it.
- What are its peculiarities?
To do this, they could create a mind map (by hand or using software).

K-pop (for Korean Pop) is a very particular musical style.
The online encyclopedia Wikipedia offers a page on the subject.
Here are some questions to suggest to your students. They can browse the Internet to find out more.
- What is K-pop?
- What is the role of the Internet in the success of K-pop?
- Is humor common in Asian folk songs?
Okay, now is the time to have some fun and watch the video! Ask students to write down items that refer to the society the singer is making fun of.

Have the students write an opinion piece or oratorical joust on the song Gangnam Style. Do they like it? If yes, why? If not why? Who do they think can like this kind of song? Is it interesting in some contexts more than in others? What is their favorite musical style and why? Do they believe that their friends have an influence on their musical choices? (oh damn, we're getting serious here again ...)
It would be particularly interesting to do this exercise twice: at the very beginning, “cold”, without having studied the subject in depth, then a second time after having studied the phenomenon.
Also ask students to reflect on how their perception of the song has changed. Has it changed between the start of the activity and now?

what is a flashmob?
And one lipdub?
A " one-hit wonder "? Do your students believe that the singer Psy has other successes of the genre? Why?
Are you up for it? Does your school need a publicity stunt? Why not suggest that the students set up their own cover of the Gangnam Style!
Must see: Christmas decorations on a house which light up to the rhythm of the song!