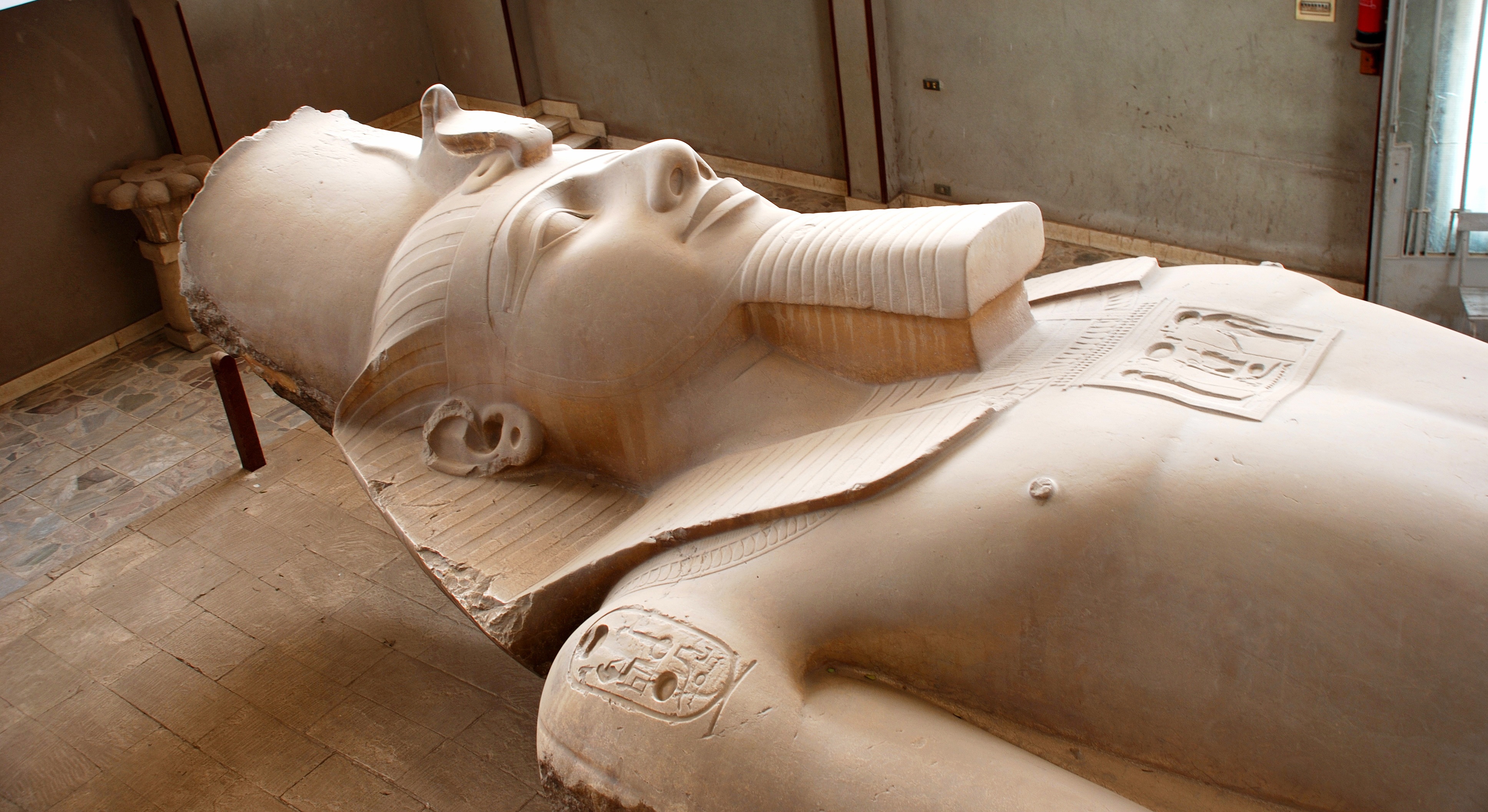 “This Thursday, March 9, 2017, the Egyptian Ministry of Antiquities announced the discovery of the remains of statues not far from the temple of Ramses II, in a suburb of northeast Cairo built on the ancient site of the solar temple of Heliopolis. According to the ministry, the statues discovered by a team of Egyptian and German archaeologists are presented as those of pharaohs of the 19th dynasty (13th century BC). "

“German and Egyptian archaeologists this week uncovered what could be a statue of Ramses II, eight meters high, the most powerful and best known of the pharaohs of Egypt 3,000 years ago. These remains of Pharaonic statues were found in Matareya, a city on the outskirts of Cairo this week. Khaled Al-Anani, Egyptian Minister of Antiquities, hopes that other elements will be discovered within the next few days and that the probable statue of Ramses II can be exhibited in the future Grand Egyptian Museum in Cairo, which should open its doors in 2018. "

This educational guide will allow students to learn more about the reign of Ramses II, the slums of Cairo as well as the future Grand Egyptian Museum.

- Identify a territorial issue in Egypt;
- Use cartographic language to describe the location of a place;
- Define the concept of shantytown;
- Compare shanty towns with each other;
- Differentiate between pharaohs and Egyptian deities;
- Search for information on the pharaoh Ramses II;
- Discover the new museum on Egyptian history.

First, tell the students that the remains of statues dating from the time of the pharaohs were recently discovered in Egypt. Have the students heard of this discovery? What do they know about it?
To better understand how this discovery came about, invite students to read this Radio-Canada article.

Then have students identify in this article:

- Terms which indicate that the remains of statues are enormous;
- The word indicating that the statues will be restored to good condition;
- An extract which shows that this discovery involves a territorial issue.

If you have an interactive digital whiteboard in the classroom, use the Annotation feature that lets you write directly into the article.

Finally, consult Google Maps to locate the places where it is possible to observe other gigantic statues of Ramses II, namely Luxor and Abu Simbel. Ask students to describe the geographic position of these places. For example, Abu Simbel is located in southern Egypt and Luxor in east-central Egypt.

ACTIVITY 2: The slums; a way to find accommodation

This activity will allow students to understand the presence of slums in Cairo.
To start, ask students what they know about slums. As a whole class, see the definition in The Larousse Encyclopedia.

Next, ask students in which places in the world there are slums. Are there any in Canada according to them?

To discover the different realities experienced by people living in slums, visit the site Slum from Radio-Canada.

Then ask students to choose 2 slums from this website and compare them with each other in a comparison table.

Finally, ask students why they think there are several slum areas in Cairo. Where do the people who live in these places come from? To find out and understand what life is like in a Cairo slum, consult this page Wikipedia. Finally, compare the shanty town presented there with the 2 others studied previously.

What do students know about ancient Egypt? What do they know about social organization at that time in Egypt? And when is it about religion?

As a whole class, or individually, ask the students to place each of the names presented in the following TNI file in the correct pyramid:

In order to make them discover one of the most famous pharaohs, invite them to complete the diagram below by consulting the file Secrets of the mummy Ramses II of the Historia canal:

In a few months the largest history museum on ancient Egypt will open in Cairo. To discover this museum under construction, as a whole class, watch this report from Franceinfo:

Who are the greatest pharaohs of ancient Egypt?
Futura-sciences article