On October 2, the unveiling of an educational tool designed to respond to the problem of bullying in schools was held.

It was on October 2, as part of the Week Against Bullying and Violence in Schools, that the Queen Marie College in Montreal was unveiled of an educational tool designed to address the problem of bullying in a school context.

While bullying is not a new reality, it remains a current reality. However, recent studies make it possible to better understand the phenomenon and especially to improve the means used to remedy it. In collaboration with the Liaison Center for Psychosocial Intervention and Prevention - CLIPP, a dozen teachers from different schools in Quebec have produced a guide to support the fight against bullying in the classroom. At the heart of this project is the educational role play Classcraft which promotes a culture of cooperation and mutual aid within the group.

Understanding bullying to better counter it

In addition, the guide specifies the characteristics that distinguish bullying from other types of anti-social manifestations such as one-off conflict, teasing or unpleasant behavior. In order to qualify as bullying, behavior must:

Finally, the guide offers advice as well as a list of practices to avoid.

Opt for a valuation dynamic

Based on the results observed by the teachers who participated in the project, the guide emphasizes the importance of pro-social behaviors and their positive spillover effect.

Mr. Christian Patenaude, science professor at Queen Marie College, reminds us that too often the emphasis is placed on negative student behavior when it would be better to support good students in their pro-social behavior.

Classcraft is a tool of choice because it allows to integrate pro-social behavior (XP) and anti-social behavior (HP) in a classroom management system through which the teacher assigns and withdraws points to his students for their actions.

A guide can be downloaded here to help configure behaviors and scores in Classcraft.

A project that receives support

This project received financial support from the Jasmin Roy Foundation whose mission is to fight against discrimination, intimidation and violence against young people in elementary and secondary school.

The Government of Quebec, through the Promotion and Transfer Support Program, provided financial assistance to CLIPP in order to support this initiative. 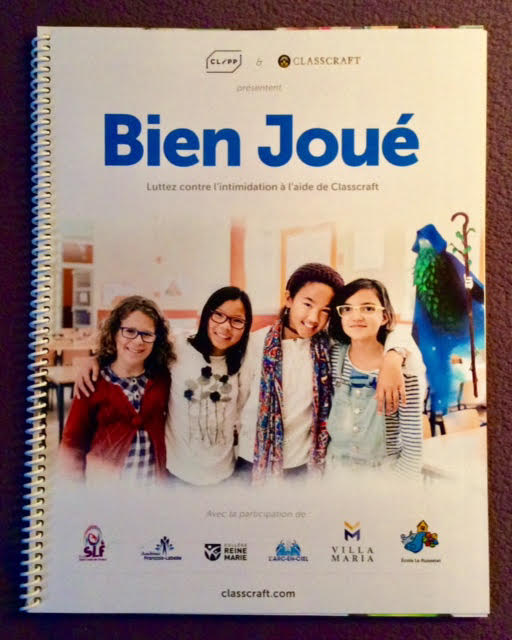 The impact of Classcraft on student behavior