The province, the first to embark on the adventure, estimates that these books could benefit nearly 200,000 students. These so-called "open" digital textbooks can not only be downloaded and used free of charge by young people, but their teachers can modify and adapt them as they wish, according to the "open source" philosophy.

British Columbia Minister of Advanced Education John Yap has indicated he will work with post-secondary institutions to implement an “open” textbook policy. He hopes that this can be in place by the year 2013-2014.

Faculties, educational institutions and publishers will be asked to create textbooks. BCcampus, a public body whose mandate is to facilitate access to higher education through the use of information technology, will oversee the call for proposals process.

The Ministry of Advanced Education estimates that students in British Columbia spend, on average, between 900 $ and 1500 $ per year on the purchase of textbooks. With “open” textbooks, downloading and reading of documents would be free. As for printed copies, they would be available at low cost. It is estimated that these would cost students less than 300 $ per year. However, teachers may continue to use other teaching materials in their lessons.

Since 2003, BCcampus has invested $ 9.5 million in a fund that supports the development of online course and various learning materials. 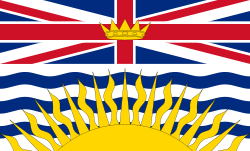 In France, one in three teachers would use digital textbooks