As of September 1, Franco-Canadians aged 12 to 15 living in a minority environment will be able to participate in the pan-Canadian hearings of FLIPTUBEUR 2.0.

From the 1er September, Franco-Canadians aged 12 to 15 living in a minority environment will be able to participate in the pan-Canadian hearings of FLIPTUBEUR 2.0. 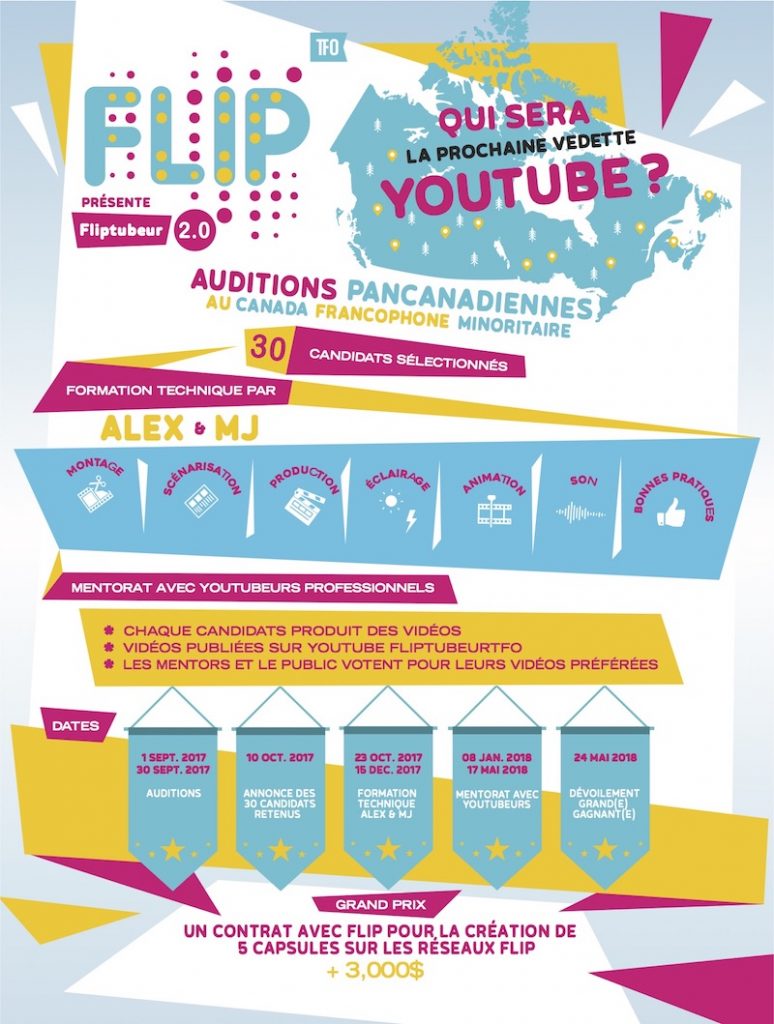 This digital, educational and French-speaking competition, organized by Groupe Média TFO, is back for a seconde edition with the aim of amplifying the presence of Franco-Canadian youth on digital platforms and propelling the next French-speaking YouTube star to the fore. Note, however, that this tour is only dedicated to young French-speaking residents outside of Quebec.

The project emphasizes the personality and charisma of the participants. Thus, from September 1 to 30, 2017, young Francophones passionate about digital trends and new technologies are invited to send their applications in the form of capsules (2:30 maximum) to participate in this training project in video production.

Video production training for the finalists

Marie-Josée Lalande and Alex Normand (Alex and MJ), collaborators at FLIP TFO, announced the news during a Facebook Live interactive with fans. The two Franco-Ontarian hosts and YouTubers will also be going on tour from October to December to offer technical training sessions to the 30 candidates selected following the auditions. They will learn to design, produce and direct video clips until they become the successful YouTubers of tomorrow.

From January 2018, divided into five teams and guided by professional YouTuber mentors, young people will compete in a friendly competition composed of a two-part elimination process that will reveal the next or the next French-Canadian YouTuber ( ne) in May 2018. The winner will be awarded a contract with FLIP TFO for the creation of 5 capsules which will be broadcast on the channel's networks, as well as a grant of 3000 $ to buy equipment. 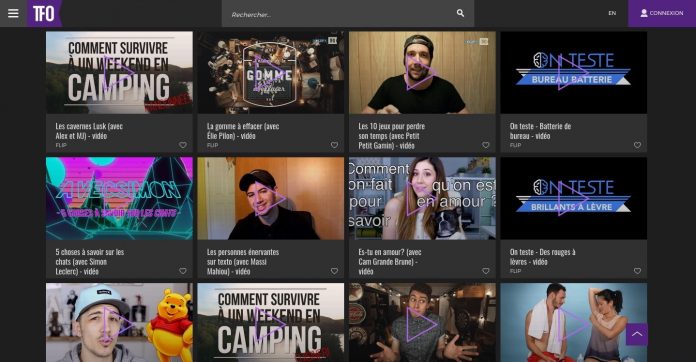