Press release - On the occasion of the 25th anniversary of its writing assistance software, Druide informatique highlights the milestones in Antidote's history and continues to invest in the future.

Press release - On the occasion of the 25th anniversary of its writing assistance software, Druide informatique highlights the milestones in Antidote's history and continues to invest in the future.

A quarter of a century of technological evolution

The first Antidote was released in 1996 on Windows and Mac. He progressed quickly, from correcting one sentence at a time to multiphrasing, then with prisms and their smart filters. It has also adapted to the evolution of tools, with Anti-Oups! for email, Antidote Mobile for Apple phones and tablets, and Antidote Web for Chromebook, Android and browsers. It has also been available in English since 2015, integrating both languages simply and elegantly. And for the past year, it has been offered on all these platforms at the same time with Antidote + plans.

Antidote's dictionaries have grown over the years. Druide has continued to enrich the nomenclature, going from 100,000 to 133,000 words in French, depending on the development of the language and of society.

The exploration of the links between these words gave birth to innovative dictionaries, such as co-occurrences, synonyms, history and many others, even creating new links between French and English.

More and more intelligent search engines, such as multi-word search and search by criteria, have made it easier to work with data.

Deep learning at the service of Antidote

Druide continues to go further, inaugurating with Antidote 11 a neural correction engine, created with deep learning. Developed thanks to the Druid Fund for Text Analysis Research and the partnership with the team of researcher Yoshua Bengio, this fundamental technology will play an important role in Antidote's progress.

“In addition to what the corrector is already doing, one can imagine, one day, more effective punctuation, more advanced reformulation proposals, even real reorganizations of sentences and ideas. In short, corrections even closer to human intelligence, ”explains Éric Brunelle, president of Druide and principal designer of Antidote.

A new chair at UQAM

In the philanthropic vein of the Druide Fund and with a donation of one million dollars to the University of Quebec in Montreal, Druide will soon create a research chair for the success of literacy learning. This chair will be accompanied by an Antidote scholarship of 25,000 $ awarded each year to a student in remedial education at UQAM.

"We are convinced that the excellence of the work of the Chair will help educational communities throughout the Francophonie to counter learning difficulties in reading and writing", concludes André d'Orsonnens, Chairman of the Board and Head of the direction of Druid.

The 25 years of Antidote were highlighted in an event for which a video was specially prepared. This can be viewed on www.antidote.info/25ans.

Druide informatique produces and markets Antidote, the largest French and English writing assistance software, as well as Tap'Touche, the famous keyboard typing software. She also created the WebElixir service, which oversees the quality of websites. In addition to these applications, its sales team distributes the books of Éditions Druide, a subsidiary whose mission is to publish literature and reference works. 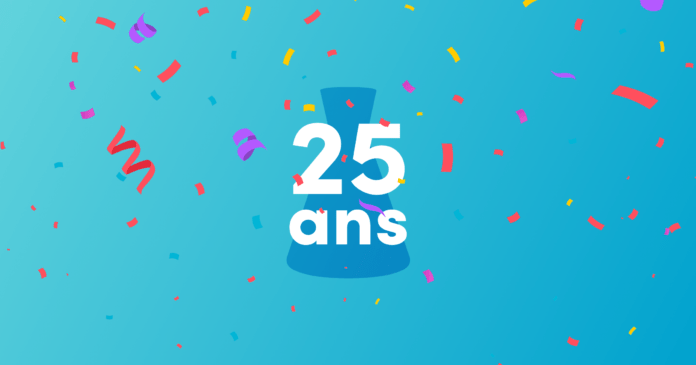