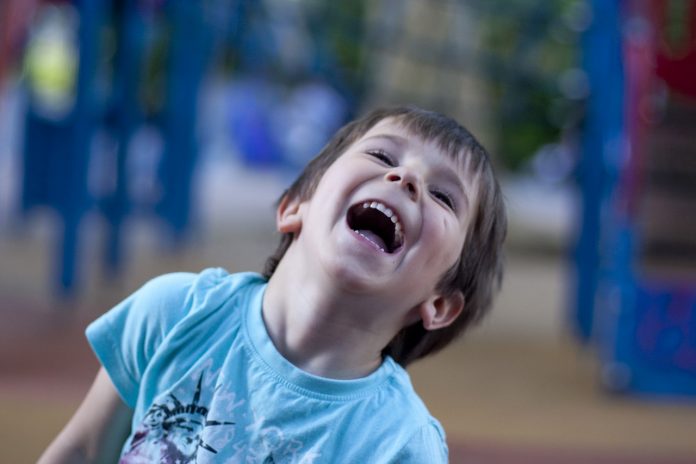 14 activity ideas for a fun and safe recreation

SUBSCRIBE HERE!
💡 More great features like this one are available to École branchée magazine subscribers. Check out institutional subscriptionThis is a great way to offer access to all the staff of a school (or more!) at a very attractive rate. Please contact us at info@ecolebranchee.com for a presentation of our different subscription offers for schools!

Teacher Carl Provost, a physical educator in an elementary school in eastern Montreal, shares ideas for activities and practical advice that will help young people and adults live together in the playground. Joy and pleasure will be there!

How can we make children's free time in the playground more attractive and enjoyable? This guide answers them by describing new cooperative activities to experience on the schoolyard. It is part of the Quebec school training program.

The guide will allow you to review the environment of the playground to make it a healthy and active, stimulating and safe living environment. The cooperative games that are presented there are intended to be an extension of the physical education and health course and they respond to the needs and interests of young and old alike. They can also enhance the leisure activities of community members (young people, parents, grandparents) on days off and on vacation. The important thing is to have fun in complete safety!

It is my pleasure to welcome you to my new playground!

“The schoolyard is a place where the child learns to play in order to live better in society. "

1. Scooby-Doo and his scarves

3. The Lords of the Rings

The Lord of each team holds his ring in his hands. If he escapes during the game, the other team wins.

To play, the knights must throw the balloons towards the other team making sure to first bounce them in zone X (buffer zone delimited in the middle of the playing zone)

If a ball jumps into zone X and a player catches it, the player continues to play.

If the player is hit by a ball but does not catch it, he is “injured”. He must then do a “MC jump” (jump with both feet while raising his hand) to be released. To do this, the Lord of his team will give him the ring. Suddenly, he will become the Lord of his team and get back in shape.

The objective of the game is to hit the Lord of the other team with the ball. Warning: any Lord who touches the ball eliminates his entire team!

If a balloon gets stuck in zone X of the game, it can be picked up by a Lord, who will use his ring to direct it towards one of his knights. The Lords are the only ones with the power to walk in Zone X.

First, make sure the children in your group know the Rock Paper Scissors game.

Once the action of each team has been announced:

If both teams perform the same gesture (therefore equality), each player returns to his end line with a smile to listen to the new gesture chosen by the captain!

Purpose of the game: the first team to get 5 points wins! We can then start a new game. Fun, isn't it ?!

A directed throw from the cow pen that eliminates an opponent frees all players on the team. The successful player remains in the cow zone while one of his teammates is eliminated.

The game ends when all the players of the same team are eliminated. When recess ends (or at the end of a timed game), the team with the fewest people in the cow zone wins.

(This game introduces children to the following activity in the same guide: the bottle.)

At the start, all the students in the group line up behind the basketball bottle.

The first participant is given a ball or a bag of sand.

The kid with a ball goes into the bottle, throws from the free throw line to get a "recycling basket". If he succeeds on the first pitch, BRAVO! He gives his group a point! He retrieves his ball quickly to give it to the closest friend who has no ball. Then, he stands at the end of the line to have the chance to start again another time.

On the other hand, if the child misses the target, he retrieves his ball quickly and stands on the line of the nearest bottle to make another shot.

As long as he has not passed his recycling basket, he continues to throw.

** Warning! If the ball comes out of the bottle, the thrower is replaced, as at the start, at the free throw line.

The objective of the game is to get the most recycling baskets in a given time and try to improve your score with each game.

Question to ask the students before the game ...

But where is the bottle on the ground?!?

The players all stand inside the basketball bottle.

At the start, 3 players have a ball in their hands and must take a shot for a basket from outside the bottle.

To stay alive in the game, throwers must either hit the ring or land a basket. Otherwise, they go into the bottle ...

A player who successfully throws from the side of the bottle scores 2 points, which allows 2 players to get out of the bottle. A successful throw from the bottom, outside the bottle, releases 3.

The game is timed. In the end, all the players must be released, otherwise, the GAME wins… Hence the interest of this cooperative game!

The medal is a circle on the ground divided into four equal parts. These parts represent: #1: GOLD, #2: SILVER, #3: BRONZE and #4: PARTICIPATION.

Four players start the game, one player in each part of the medal).

The object of the game is to catch the player at fault who ends up in the OR part (#1) of the medal. The ball is put into play by the latter.

At the start, the player bounces the ball on the ground and hits it WITH OPEN HANDS towards one of the other three parts of the medal. (You cannot be eliminated on a serve.)

The ball must bounce into another part of the medal and the player concerned redirects the ball in the same way to any other area of the medal.

A foul is called when a player fails to hit the ball OR hits it outside the medal:

The player who succeeds in remaining at the GOLD #1 medal when recess is over is declared the winner.

Game inspired by "The game of 4 squares"

At the start, divide the group into two teams. Each team stands on each side of the game to see it well. A player takes turns in the unoccupied hoop of their choice. As in the board game Power 4, to win the game, 4 people from the same team must be together (side by side) diagonally, vertically or horizontally.

Course of the game

At the end of a game, each player on a team that has no cards gives a point to the other team.

How the game unfolds

Divide the group into 4 teams. Each team is identified by a different color and each of them occupies a separate territory. The game is played like a dodge ball. Players should attempt to hit their opponents directly by throwing a ball at them. When a player is hit, he begins his “round the world tour”, ie he goes into the territory to his right. When a player has gone to the three opposing territories, he returns to his territory.

* game inspired by the book Physical education and creativity through play

At the start, the boys line up on one side of the game, the girls on the other. (Variation: use colored bibs to form two teams.)

At the signal, with the ball in his hands, a player jumps in the hoops (like hopscotch), without touching the hoops:

(Always keeping the ball in your hands without dropping it!)

When the player comes to the end of the game, he gives the ball (the “bomb”) to the waiting person and stands behind the line of players.

When the bell rings, signaling the end of recess, the player with the ball in hand “JUMPS”, so the other team wins.

NB During the course, if the ball is dropped or the equipment moved, the child must start from the beginning and replace the equipment himself, if this is the case.

The playing surface is rectangular about the size of a basketball court, separated in two by a center line.

The originality of this sport lies in the fact that the two competing teams can score from both sides.

The teams are made up of 3 players.

The soccer ball is put into play at the start of the game at the center of the halfway line. The object of the game is to knock down the three pins arranged randomly on each side of it.

You can play the ball with your hands (put-o-play) or your feet. Passes and shots must hit the ground before hitting the target.

After a pin has been dropped, the opposing team immediately resumes play from where it fell. When a pin falls, it is mandatory to make the ball cross beyond the center line (in the middle of the game) to drop another pin.

Grandparents, parents, children: all of them have already had great experiences in a playground. For example, in the fall, make your team win the dodge ball, take the flag and run with all your might to reach the paid zone under the encouragement of friends. In winter, build the biggest snowman, stop the game during a game of boot hockey. In the spring, participate in the Olympics and eat hot dogs with the family on the last day of school. Everyone has a happy anecdote about THE COURT!

I would like to thank the young people and adults that I have worked with since the start of my teaching career, in particular the children at St-Marcel school where I have been teaching for several years. They were able to inspire me to create new games in order to always stimulate them and make them move while having fun.

We hope that the educational activities presented in this guide will become classics!

To all of you, happy RECREATION!