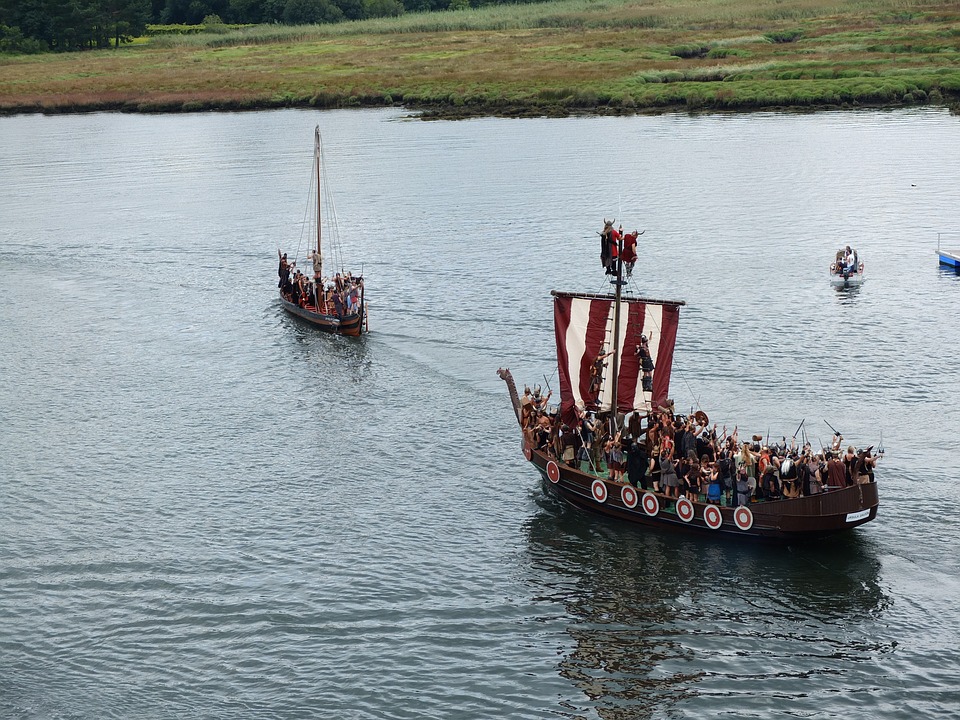 Thanks to satellite technologies, archaeologists have discovered a second Scandinavian site in North America.

"A team of archaeologists have unearthed remains in the southwest of the Canadian island of Newfoundland which may well be those of the second Viking site in North America," they announced today. Using satellite surveys, the team led by the American Sarah Parcak discovered last June what appear to be the ruins of a building built by Scandinavian sailors at Pointe Rosée ”.

Several myths and realities surrounding the Viking Age are still very much in the minds of people. Several pieces of information conveyed are the results of the projected image of the typical Viking, through the centuries, by cinema, literature, painters and comics.

The next activities will allow students to familiarize themselves with recent archaeological discoveries as well as certain myths and realities surrounding the Vikings.

Ask them if they have ever seen the animated film of Asterix and Obelix and present the trailer of the movie. Use the interactive file below to briefly remind all students of the beginning of the synopsis for the film in question and then consult Wikipedia for more information on this popular film.

ACTIVITY 2: Origin of the Vikings

Ask the students to find out what they know about the Vikings. Ask them if they can name any legends or describe this people of Norway in the 10th century.

Present an excerpt from this documentary as well as this listening grid in order to briefly explain the origin of the Vikings of Scandinavia.

Begin this activity by asking students if the following statements are myths or facts. Click on the links to validate their hypotheses.

1.Did the Vikings wear horned helmets?
2. Did most people in the Viking Age live off looting?
3. Did the people of the Viking Age take care of their appearance?
4. Did Viking Women Have Rights?

Invite the students to research one aspect of the Viking world and to make a myth or realities capsule of this type as well.

Suggest that they film themselves and use Kizoa or FileLab in order to realize their myths or realities capsule.

Begin this activity by asking students if they agree with this way to test humans to better know their ancestors.

Discuss the major sections of theitem and get the students to react according to their different points of view in relation to the following questions:

a) Why take DNA from inhabitants?
b) On what criteria?
c) Who is conducting this study?
d) When will the results be known?
e) Etc.

Continue the activity by presenting this article which explains that It's not the clothes that make the Viking, but the DNA.

Make invent coded messages, starting from the runic alphabet of the Vikings.