From July 19 to 25, 2015 will be held the 15th edition of the International Science Fair of MILSET (International Movement for Scientific and Technical Leisure) in Brussels, Belgium.

Montreal, July 17, 2015 - From July 19 to 25, 2015, eight Quebecers will have the chance to represent the country at the 15e edition of the International Science Fair of MILSET (International Movement for Scientific and Technical Leisure) to be held in Brussels, Belgium.

Selected during the 2014 and 2015 editions of the Super Expo-sciences Hydro-Québec, Quebec final, the exhibitors have already succeeded in impressing the judges among the best scientific projects in the province.

More a place for meetings and exchanges than a scientific competition, the MILSET International Science Fair will allow exhibitors to present their scientific project to thousands of people from all over the world.

In addition to presenting their project, exhibitors will take part in cultural and scientific activities and attend conferences and seminars.

A memorable experience for the exhibitors as underlined by Mr. Roland Grand'Maison, Director General of the CDLS-CLS Network: “The MILSET International Science Fair brings together the young scientists of tomorrow so that they can share their innovative ideas with other young people as passionate as they are! On site, participants develop friendships and networks of contacts that they will keep for a long time. The CDLS-CLS Network is really happy to allow them to live such a formative experience! "

Canada will be very well represented thanks to the projects of the young exhibitors. Visitors will be invited to discover their project: design of a ramp to separate gold from sterile rock, a GPS for visually impaired people, a prototype to monitor posture and promising experiments for the treatment of different cancers and that of the Ebola virus!

The delegation of Canada will be composed of:

Official photos of the delegation, as well as the young people who make it up, are available at exposciences.qc.ca.

This trip is made possible thanks to the CDLS-CLS Network with the support of the Ministry of the Economy, Innovation and Exports, through the NovaScience program 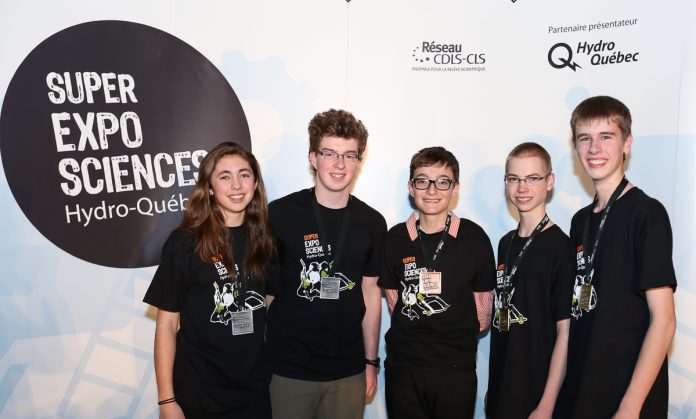