Press release - Leucan's Halloween Campaign is back for its 24th edition. Schoolchildren from all over Quebec can mobilize in a fun and engaging way for their fellow students with cancer. New this year: the Quebec educational technology company Classcraft is associated with the activity.

Press release - Leucan's Halloween Campaign is back for its 24th edition. Schoolchildren from all over Quebec can mobilize in a fun and engaging way for their fellow students with cancer. New this year: the Quebec educational technology company Classcraft is associated with the activity.

In fact, the 24th edition of Leucan's Halloween Campaign is powered by Classcraft. The association between the two Quebec organizations is a natural one, as they share many values in their respective service offerings, including enhancing school culture for students through creative and engaging initiatives.

All schools registered in the Campaign will be able to obtain a school license to the Classcraft classroom management platform. The license will be valid from the time of registration until November 15. A draw for five free annual school licenses will be held among all participating schools.

In addition, Classcraft is putting forward several fun elements during the Leucan Halloween Campaign. This campaign is taking place online for the 3rd consecutive year. Each participating school will have its own virtual donation collection page where the children's entourage and the public can make a donation. Participating schools will also have access to interactive activities that promote learning, discussion and civic engagement.

The coloring contest is also back this year and offers young people across Quebec the chance to win prizes, including DeSerres and Normandin gift cards.

Leucan's Halloween Campaign allows us to fund several essential services, including awareness and support in schools. This service helps support young people when they return to school. 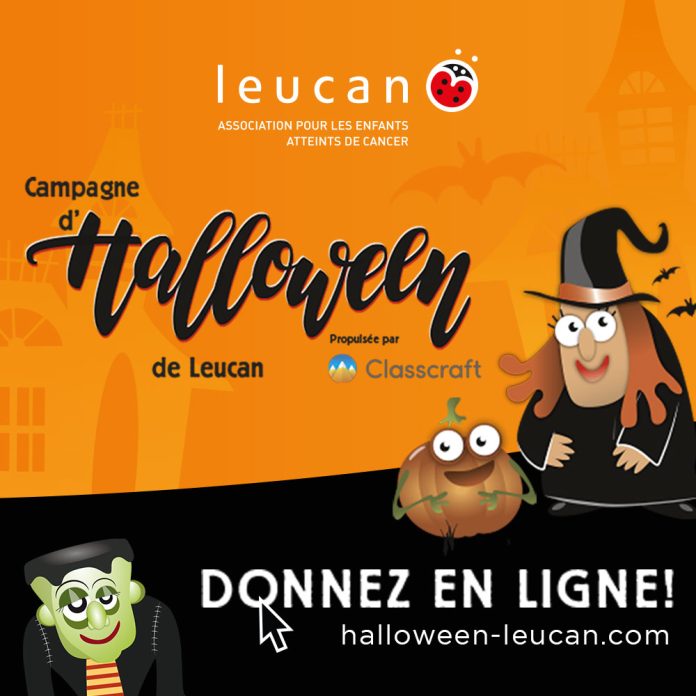