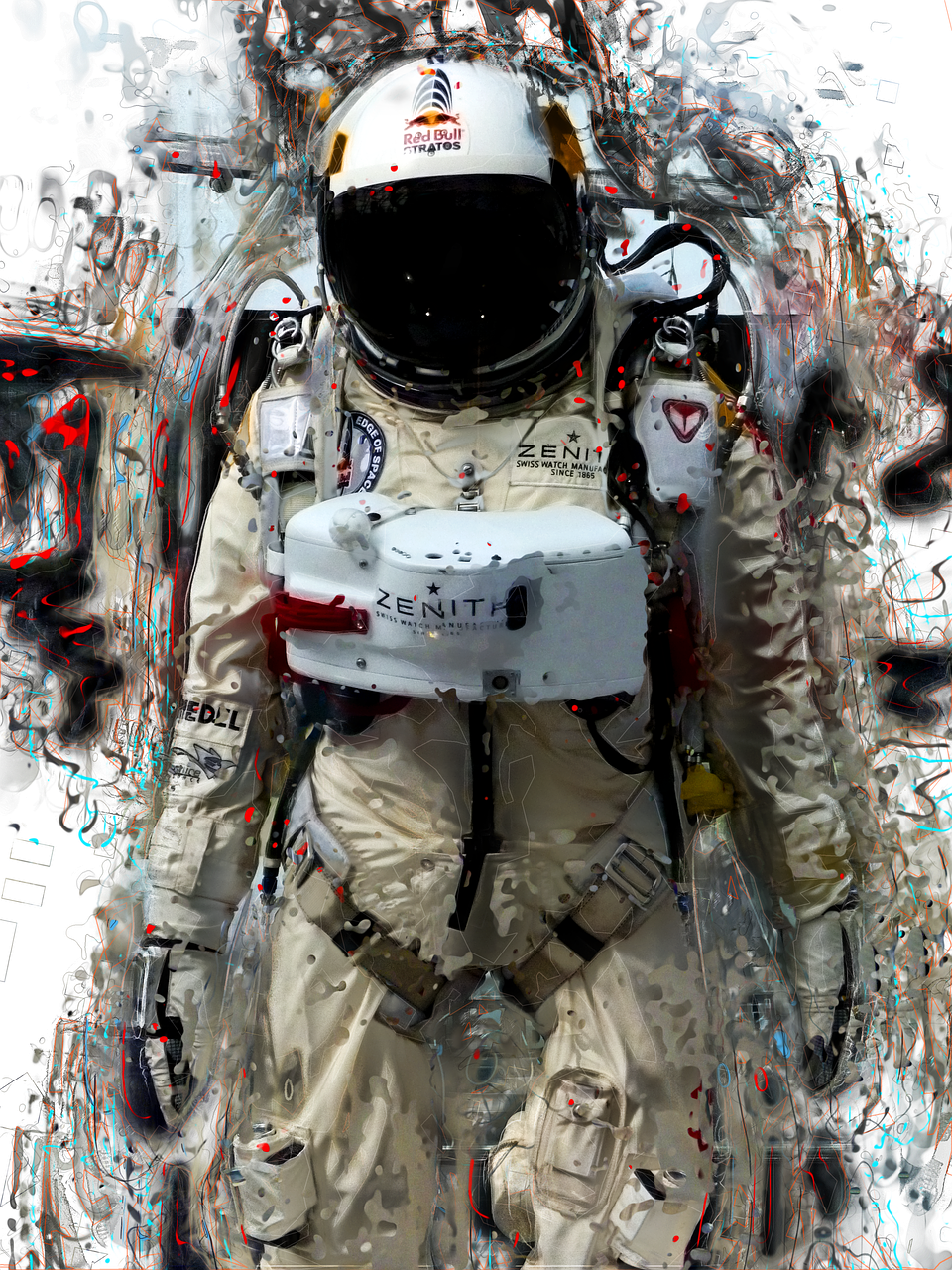 He will jump from a capsule at an altitude of 36 km, sheltered by a pressurized diving suit to prevent his blood from boiling because of the low pressure and to protect it from the ambient cold, -70 degrees Celsius. The previous record, 31 km, was set by a colonel in the US Air Force.

Obviously, in addition to being a feat, this jump allows the students to discuss many concepts.

At the end of the activities, the student will be able to:
- familiarize yourself with the news by reading articles on the Internet;
- locate the places relating to the event;
- know the professional background of Felix Baumgartner;
- become familiar with the concept of sound: waves, speed, the sound barrier;
- locate the stratosphere among the layers of the atmosphere;
- become aware of the advertising impact of such an event.

ACTIVITY 1: Familiarize yourself with the news

The first activity is to make sure that the students are all aware of the news. Here are some sources to consult:
To watch: a video report lasting one and a half minutes which retraces the great moments of the feat, from launch to landing.

To read :
– Stratos: how many records beaten by Felix Baumgartner?
– The man who broke the sound barrier in free fall
– Baumgartner: a multi-million dollar leap

Suggestions: group viewing, reading aloud, personal or small group reading, etc.
Then ask the students to verbally summarize what they saw or read.

In the news, we talk about different places.
Let's start first by locating these places on the world map.
Project the site Google maps to the blackboard.
Red Bull Stratos Jump:
- United States
- New Mexico
- Roswell (what else is this city known for? UFOs!)
Felix Baumgartner's place of origin:
- Austria
- Salzburg
His other exploits:
- Kuala Lumpur
- Rio de Janeiro
- Malmö
- Millau

ACTIVITY 3: About the man

Using the Internet, students are to find biographical information about Felix Baumgartner. This will allow them to see that it was not for him an improvised jump!
It is interesting to start with Wikipedia page dedicated to him.

Another man was seen a lot during the jump: Joe Kittinger. Who is he?

They say Felix Baumgartner broke the sound barrier. What does that mean? That he went faster than the sound travels normally. Does a sound move? Oh yes! Here are some resources to explore with students.

What is the speed of sound? What are the factors that make it vary?
This page of the Wikipedia encyclopedia explains it in great detail. This is a great exercise in comprehension for your pupils, who will have to extract details even though they do not understand all the terms.
What does "Mach" mean?
See in particular information and other graphical representations of the subsonic, sonic and supersonic speeds of an aircraft at the bottom from this page.
Stratosphere
Felix Baumgartner's “mission” was called “Red Bull Stratos”. Stratos refers to "stratosphere". Show a picture of the atmospheric layers to the students. Demonstrate approximately how high Felix Baumgartner was when he jumped, and compare it to the height of the International Space Station (between 330 and 410 km above sea level).

Ask students to draw a parallel with the phenomenon observed during a thunderstorm, when thunder is heard several seconds after seeing the lightning.
Did Felix Baumgartner drink Red Bull before his jump? Does this drink allow such performance? Start a discussion about Red Bull's role in this event. What did this company have to gain by sponsoring such an event? What kind of event does Red Bull usually sponsor? (Think of Red Bull Crashed Ice, the Red Bull Formula 1 team, etc.) Do your students think that the consumption of Red Bull will increase as a result of this jump? Why?
To read : Baumgartner's feat won't make me buy that kind of drink, a chronicle of the Nouvel Observateur.

Stratos: the tycoon behind the feat
Interesting article on Dietrich Mateschitz, the founder of Red Bull.