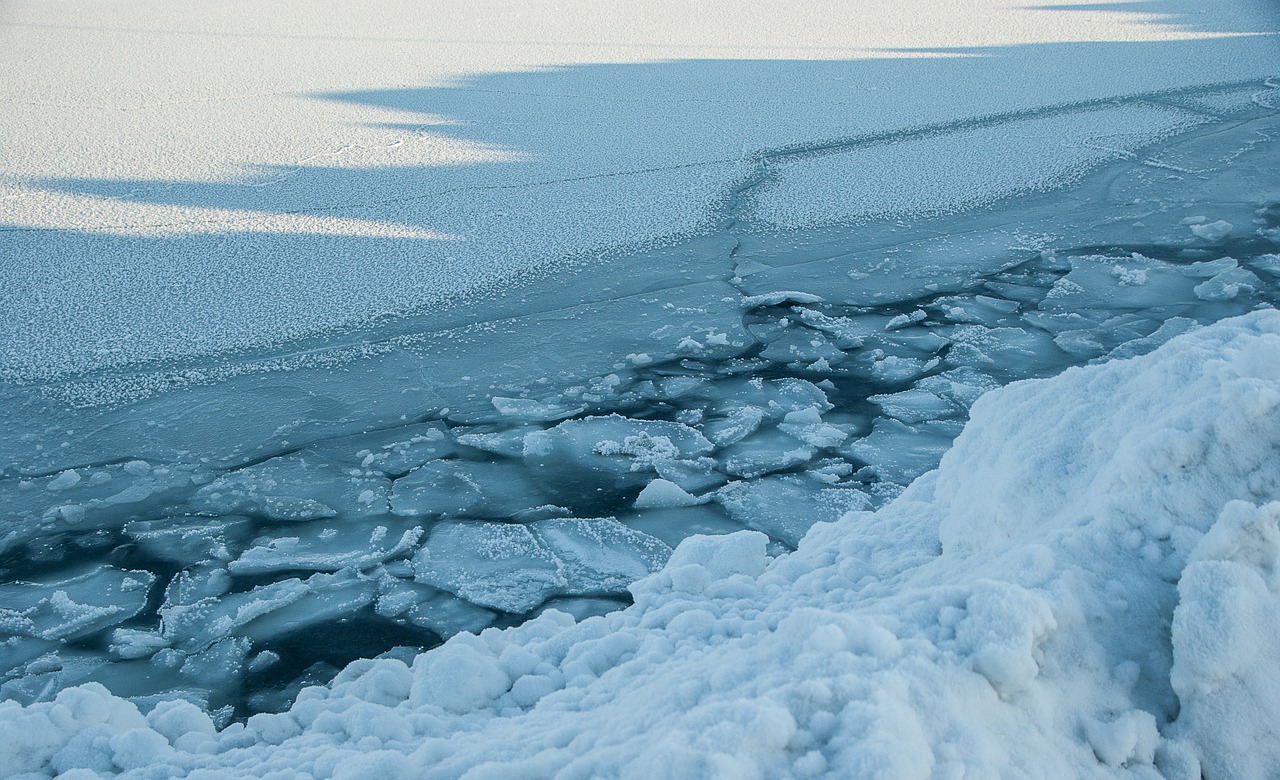 The Arctic Ocean is, by its surface area, the smallest ocean on the planet. It is largely covered by pack ice, the extent of which varies with the seasons. In 2008, the five countries bordering the Ocean committed to ensuring the protection and preservation of the fragile marine environment.

"Twice as much rubbish litter the bottom of the Arctic Ocean than ten years ago, according to a new article published in the scientific journal Marine Pollution Bulletin. The shrinking and thinning of the ice covering the Arctic Ocean would play a role in increasing this disastrous pollution. "

On a smaller scale, in our classes, we can raise awareness of the cause by getting to know this ocean better.

At the end of the activities, the student will be able to:
- remove the important elements from a text to maximize its comprehension;
- read and understand a text in English;
- identify on a world map the 5 continents and the 5 oceans using a legend;
- identify elements that are lacking in his understanding of the Arctic and seek answers;
- make a conceptual diagram to organize your ideas.

The first activity is to make sure that the students are all aware of the news. Here are some sources to consult:
Arctic alert: The amount of litter has doubled at the bottom of the ocean in ten years
An article from the newspaper Le Devoir.
Growing pile of garbage found on Arctic's ocean floor

Suggestions: reading aloud, reading individually or in a small group, etc.
Then ask students to summarize what they read. They could do this by creating a concept map (by hand or using software).

What do students know about the Arctic Ocean? Probably some things that should be clarified! Switch roles: ask students what they would like to know about this ocean. Record their questions on the interactive or traditional whiteboard.
Then, group together ideas according to the themes of the information to be discovered. Use color to highlight themes.
Then challenge the students to find the answers to the questions on their own! Each group could choose a particular theme.
In lack of inspiration? Here are some ideas ...
1. Where is it located?
2. How does its extent compare to that of other oceans?
3. Which countries have this ocean as a natural border?
4. Find a few species for which this is the main habitat.
5. Who owns it?
6. What time of year is it covered in ice?
7. What are the natural resources that humans exploit there?

An interesting article from the Courrier international on a similar theme:
In the Arctic, the Russians are cleaning up
Moscow has launched a campaign to clean up the Franz Josef Land Archipelago, soiled by thousands of tons of toxic military waste dating from the Soviet era.