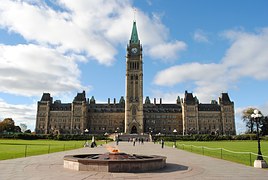 On August 2, 2015, the 42e federal election campaign in Canada. This will end on Monday, October 19, after 78 days of campaigns and advertising on the various parties. What do we really know about this campaign? What are the main challenges? Who are the main actors involved?

“Canada has a multi-party system with strong disparities between the regions of the country. Five parties are currently represented in the House of Commons. However, since Confederation in 1867, only two parties have formed the government in turn: the Conservative Party (and its various predecessors) and the Liberal Party. It only happened five times that, when one of these two parties formed the government, the other was not the second party: in 1921 (the Progressive Party was then second but left the place of Official Opposition to the conservatives. ), from 1993 to 2000 (the right is then divided and the Progressive Conservative Party is relegated to fifth position) and since 2011 (the NDP passes in front of the Liberal Party). "

- Understand the major challenges of the campaign;
- Know the proposals of the main political parties;
- Get an idea of the parties in relation to their own interests;
- Understand the Canadian electoral system.

The Canadian electoral system is modeled on that of the United Kingdom. It was put in place in Canada in 1791 with the Constitutional Act, but do we really know it?
After viewing this video, ask the students to complete this questionnaire related to the electoral system:

First, ask students if they know the major parties and their leaders.

Next, ask the students if they have any idea which party they want to vote for? Do they know why? They can check their knowledge on Pollenize.

To allow students to better position themselves, invite them to complete the Electoral compass from Radio-Canada.

In light of the result of the compass, are the pupils surprised by their position in relation to that of the major parties?

ACTIVITY 3: Campaigning in the Age of Social Media

In the age of 2.0, it would be good to ask students if they believe that political parties are up to date in the use of social media. Should they be more present? Are they using social media correctly? What approach would make them want to learn more?

As a group, it is possible to seek comments on Twitter in connection with the current elections. Whether with #elxn42, #elexn42 or #debatsdeschefs, or with the hashtags of the parties #npd, #plc, #pcc, #BlocQc or #VoteGreen.

Do the parties use the many platforms available to them?
Would a candidate's use of any digital platform influence your vote?