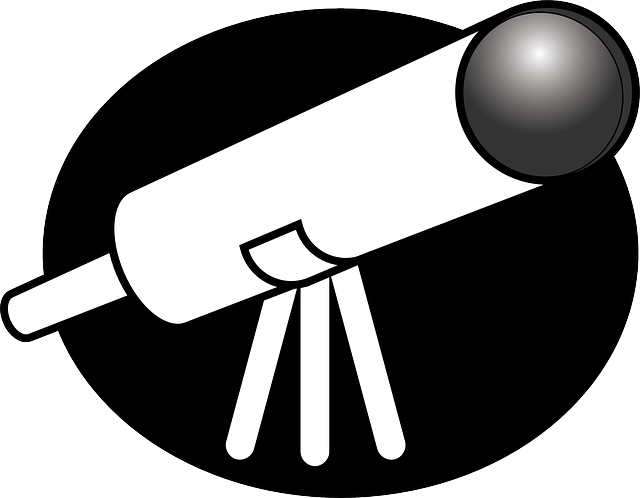 “For the twenty-five years of the Hubble Space Telescope which will be celebrated next April, the Nasa chose to have him remake, with greater acuity, one of his most famous shots, taken for the first time in 1995. "

The next activities will allow you to discover the origin of the telescope as well as the various space missions related to its maintenance.

- Name the components of the Hubble telescope;
- Describe the complexity of operations for the maintenance of Hubble;
- Know the different space missions of the last 25 years;
- Compare the characteristics of Hubble and its successor;
- Discover the work that astronauts in orbit have to do.

ACTIVITY 1: Through the Eye of a Telescope

Begin the activity by doing a collective reading of this cuff then initiate a discussion with the students to better understand their knowledge of astronomy.

Here are some questions that could be used to fuel the discussions:

• Do they know of other globally recognized telescopes?
• What can you observe with a telescope?
• Other than the planets, what do we find in the universe?
• What are the astronomical observatories the most famous?
• What is the difference between stars and galaxies?
• What is the Milky Way?
• Which planets are observable with the naked eye?
• Etc.

Astronomers around the world relied on the telescope Hubble to broaden their knowledge of the universe; the result exceeded all their expectations. Even today, his eye continues to scan the immensity of space and reveals astonishing phenomena. But Hubble is getting old.

Show an excerpt from the documentary Hubble, our eye on the galaxy à to the students to learn a little more about this famous telescope developed by NASA.

Distribute a copy of the following listening chart to the students so that they can record their new discoveries related to the 15 questions asked.

Begin the activity by presenting this cuff students. Browse the image gallery of the Eagle Nebula called Pillars of Creation. Observe the details of the image on the Hubble site.
Introduce students to the physical characteristics of the telescope James Webb who will replace Hubble in 2018.
Continue the activity by having students compare Hubble with its successor, the space telescope James webb, which is expected to launch in 2018.
Suggest that the students develop a listing similarities and differences (size, components, functions, costs, etc.) between the two telescopes which will have 28 years of difference if the planned date is respected.
ICT TRACK

Have students use presentation software of their choice to report on their findings. Prezi, PowerPoint, Word are just a few of the technological tools that could be used to accomplish this task on the computer.

It's not rocket science -VERY LARGE TELESCOPE: the Universe in a mirror
Documentary (27 minutes)

Hubble: discover the 23 most beautiful images of the telescope to celebrate your birthday!
Maxisciences, April 22, 2013

For its 25th anniversary, the Hubble telescope brings out its most beautiful images
RTS, January 16, 2015